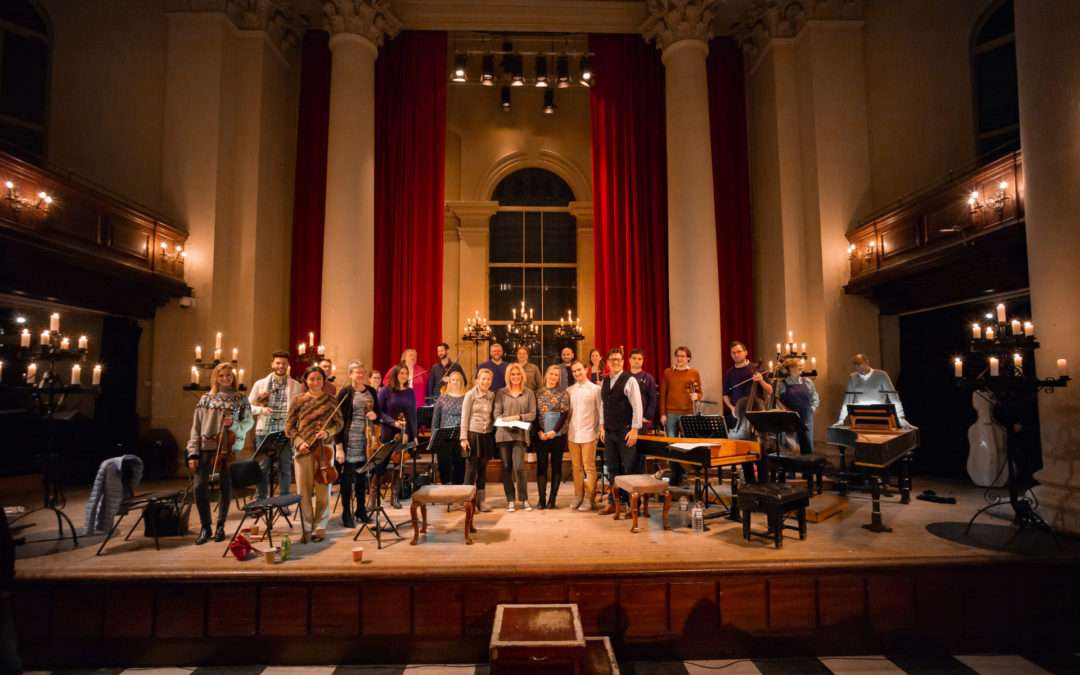 Not many groups can sell out St John’s for a concert of a nearly 300-year-old opera; it says a lot for the vaulting reputation of David Bates’s outfit La Nuova Musica that the place was packed. In what looked a neat gimmick (and which can’t have hurt sales), they had cut Alcina down to manageable midweek-January size by dropping a few arias and replacing the recits with a spoken commentary, written by Lady Chichester (vice chair of the St John’s Charitable Trust) and delivered by Joanna Lumley in jolly-hockey-sticks style.

And yes, Alcina is funny (among other things), with all Ariosto’s raucous cross-dressing, amorous mix-ups and other silliness, the result of excitable libidos and forlorn hearts hungry for love. But Handel treats these human weaknesses with complete sympathy, and there’s no triumph in Alcina’s downfall, just a bereft remembrance of the beautiful illusions that make life bearable. The coy commentary encouraged an unseemly degree of levity in response to this rather profound emotional journey.

She really is a fabulous singer, and more or less carried this performance. Even among Handel’s terrific collection of witches, Alcina stands out, sexy, needy, melting, fiery, collapsing from magnificent scorn to heartbreak and back in an instant; it needs a lot of singing, and Crowe’s voice of many colours is equal to it. ‘Di, cor mio’ is a terrible thing to sing to Ruggiero in front of his girlfriend – a catalogue of their sexual exploits, basically – but Crowe bewitched us with this sighing, fluttering invocation of fleshly joys, with a da capo full of airy fantasy.

Bates is a bit of a wizard at extracting orchestral textures and moods out of little Baroque bands, and the wistful, misty strains of the chorus that welcomes us to Alcina’s arcadia, ‘Questo è il cielo de’ contenti’, pitched us instantly into a Watteau landscape of desire, melancholy, nostalgia and escape; combining, like The Embarkation for Cythera, anticipation of joy with awareness of its evanescence.

If only it continued. But Act 1 drifted away into a series of moments, disconnected by the listen-with-Mother stuff, and some not particularly distinguished singing, though Rebecca Bottone’s Morgana was perkily full-on and Patrick Terry as Ruggiero sang ‘Mi lusinga’ prettily. But when is a counter-tenor a good choice for this role? It’s very rare they combine lyricism, strength, agility and depth, and are usually outsung (and often comprehensively out-butched) by their Bradamantes, as here, with the much bigger-voiced Madeleine Shaw as the jilted fiancée (who would have made a better Ruggiero).

Things regrouped in the second half – in any case, a succession of marvellous arias that ratchet up the emotional intensity in a way even the interruptions couldn’t puncture. It is a catalogue of self-awareness at what is lost: Alcina’s ‘Ah! mio cor…’, a threnody of abandonment, Ruggiero’s ‘Verdi prati’, back to Watteau, a last backward glance at paradise, and Morgana’s ‘Credete al mio dolor’, a Mozartian plea for forgiveness. This was all very beautiful. Terry has the agility if not the muscle for the pugnacious ‘Sta nell’ircana’, and wasn’t helped by some weedy horns. Bradamante’s ‘All’alma fedel’, a kind of resolution freighted with sorrow, was sung with soulful strength, and Bates slimmed down the playout to a lovely wistful texture of single instruments, before Alcina’s final realisation of despair, ‘Mi restano le lagrime’, pellucid and heart-rending.