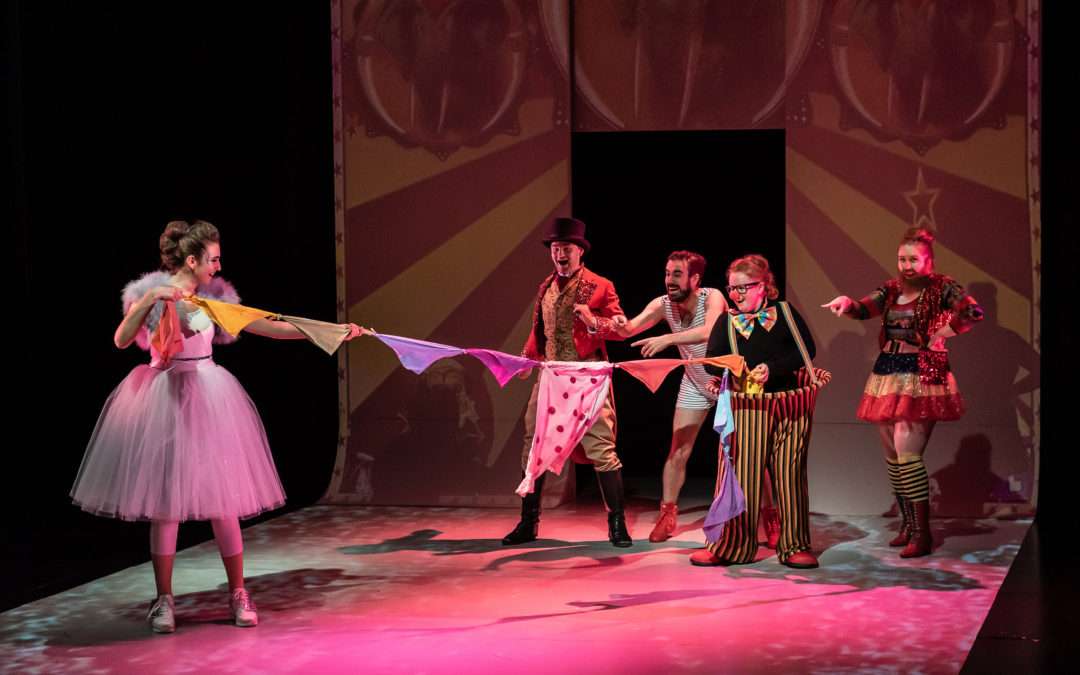 How to impress people: Aminta gets her gal - Photos: © CLIVE BARDA/ArenaPAL

No apologies for writing about a student show: over the past 20 years some of my best evenings have been spent at such performances, and they provide a pretty decent proportion of the staged productions available through the country (at amazing value, too). This production by the students of the Guildhall School of Music and Drama certainly joins the list. Freed from the need to shift many tickets, and staffed by young performers keen to make their mark, the conservatories start with considerable advantages to weigh against the constraints of hurried rehearsal time and scant production budgets. Basically, everyone who likes opera should go to more of them.

How to bring old mythologies to life? It’s a question that has bugged opera directors for decades, in an artform often saddled with gangs of gods (or Arcadian shepherds) going on at each other in ineffably mannered ways. And nothing could seem more resistant to staging than some of Handel’s cantatas, lengthy concert pieces where mouthpiece characters archly discuss love and life. Victoria Newlyn’s marvellous and vastly entertaining staging of Aminta e Fillide (written in Rome by the young composer) assaulted this fearlessly. Ditching baroque decorum, and zeroing in on precisely what’s happening in this love-chase, Newlyn (who more usually works as a movement director and choreographer) put her singers and audience through their paces with an exhausting, exhilarating tour de force of directorial skills.

The piece is an action-free hour wherein the “shepherd” Aminta doggedly smashes down the defences of the cold fish Fillide (ie, Phyllis) he is besotted by. Newlyn devised dramatizations of the pair’s journey that were wildly extravagant (if low-budget) and demanding of the performers, and reminded me in their imagination of the ne plus ultra of baroque opera staging, the Paris Châtelet’s phantasmagorical Paladins (by Rameau) of many years ago. On a smaller scale, our own Netia Jones has done the same sort of thing, fusing screen animations and computer wizardry with live action. Designer Madeleine Boyd worked wonders here, her jokey visuals a perfect match for the furious action.

In this magic circus we followed the apparently hopeless pursuit of chilly Fillide by sadsack Aminta, played as a fashion-free (female) dork besotted with the desired object and possessing one excellent virtue, namely relentless persistence. While icy Fillide rebuffed her and polished her nails, Aminta’s emotional desperation took the stage, and in Harriet Burns’s completely fabulous, fearless performance we wholly entered her world.

Thus Aminta pursued Phyllis (Carmen Artaza, equally impressive) through her glitzy life (mountains, airports, beauty salons, er, space tourism…) in a world happily bereft of restraining orders. And seen through this prism, Handel’s cantata suddenly made sense in an entirely fresh and lovely (and funny) way. Nothing is more irritating and depressing than the fashion for turning Handel into a vaudeville, and though this had bags of visual frivolity, its heart was wholly serious: the text, though densely classical, is a genuine enquiry into the human import of love, the sacrifices it entails, its rejection, its joys and pains.

Conductor Chad Kelly, playing a deliciously rich and virtuosic harpsichord, also put his six violins and continuo through the mill. This is a fellow with a great sense of drive and style (he conducted and played a terrific Radamisto here a couple of years ago), and if the fiddles were sometimes stretched by fearsome speeds there was great spirit and expertise on view too. Breathless praise for both sopranos, though: this was insanely demanding both musically and dramatically – just as it should be for these trainees – and they dealt with it coolly, with immense presence and charisma, and a fine grasp of idiom.

We hardly needed more – but got it anyway, in a sweet and quirky staging of John Blow’s Venus and Adonis set down on the bayou with a fabulous array of hillbilly fashion, a star performance by Sian Dicker as a kind of Country Queen Venus, another characterful and dynamic musical performance, and a really fine chorus. I still can’t tell you exactly why the Restoration line-dance worked so well here, and Holland Park’s disastrously hilarious Puccini Twist Competition across town in Manon Lescaut was so bad, but the sheer verve and zing of this theatrical extravaganza was completely unforced, joyous, unpretentious – and bespoke a true and happy full-on engagement with both pieces.