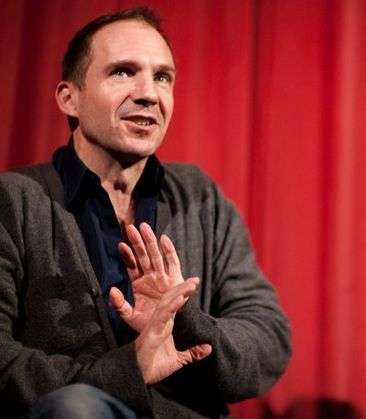 A festival with a different touch

The idea of yet another film festival in a world where there are already about 600 a year might be less than thrilling news for a film journalist but one that comes with a different touch is the Anthony Minghella Film Festival, hosted by his family and the BFI, on the Isle of Wight where he was born and where he went to every time he had a new film to premiere.

The third festival for the Oscar winning director who died in 2008 was held in March 2011 and this time focused on his producing credits.

The festival opened with The Eagle, presented by Minghella’s close friend producer Duncan Kenworthy. Ralph Fiennes, who starred in Minghella’s The English Patient and The Reader, presented the latter and did a lively and relaxed In Conversation on stage talking about his career, working with Minghella and his new film Coriolanus which he directs and stars in.

Hugh Bonneville, who starred in Iris which Minghella exec prodded, also did a Q&A and director of Eliminate: Archie Cookson Rob Holder and star Paul Rhys took to the stage to talk about their new film.

Perhaps the most unexpected film to see there was Catch a Fire (2006), a tough thriller of suppression in apartheid South Africa starring Tim Robbins as the head of state security. Minghella acted as producer on the film and his sister Gioia, the festival founder, told me he’d said it was the only screening of one of his films that he’d attended and the audience, all professions in the industry, had given a standing ovation.

The festival, although brief, was dotted with stars, all friends or members of the Minghella rep company. The new focus this year was for short films made on the island on the theme of Comic Relief, stemming from Minghella’s support for the charity as director of Comic Relief films Days Like These and We Don’t Want It: Drop the Debt.

Money raised from the festival was given to support the screening and making of films on the island and also to help singing therapy for people with dementia.