Argerich, Jansen and Maisky at the Barbican 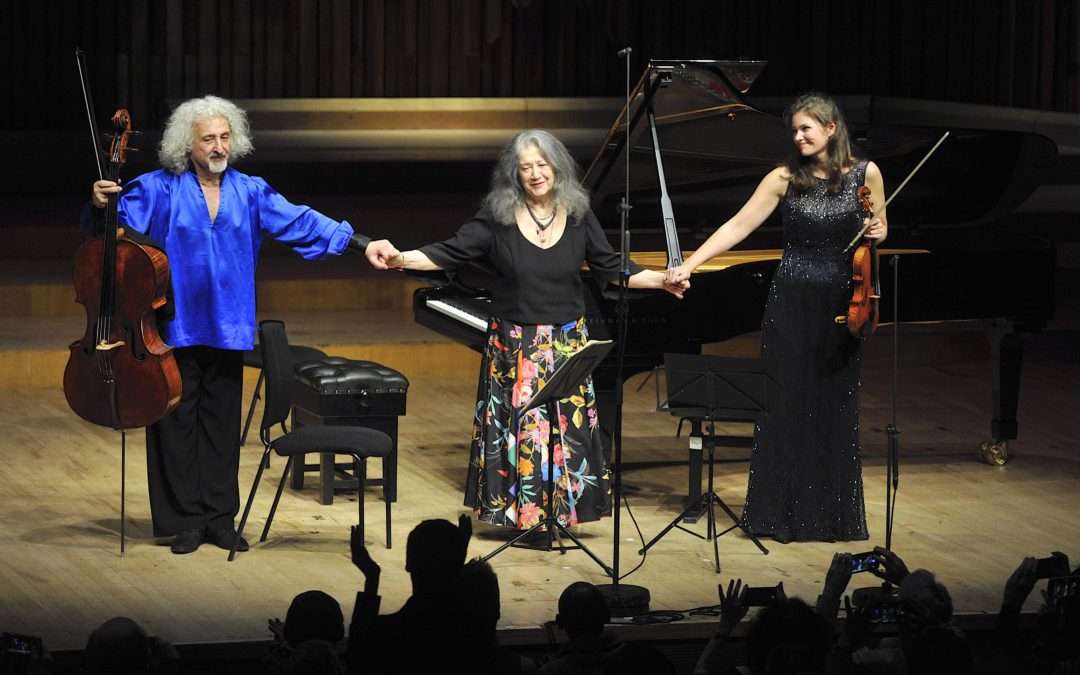 “Will she appear?” I was asked by a friend just a few hours before last night’s concert. Martha Argerich has become so indelibly associated with the adjective “elusive”, it increases the urgency to catch her when she does. And appear she duly did in front of a packed Barbican Hall, in her trio with violinist Janine Jansen and cellist Mischa Maisky, an ensemble making its first London appearance.

I found myself captivated by one of Argerich’s instinctive habits: her way of leading the group into the faster movements. She doesn’t look round at her colleagues; she doesn’t wait for the audience’s coughing to subside. Faced with the new page of her piano part dark with its hundreds of semiquavers, she just dives straight in, before the memory of the final bars of the previous movement can vanish from the ear. She establishes forward propulsion, bringing the music into coruscating life. As a token of the urgent commitment and the panache which inhabits her music-making, it can only be marvelled at.

There were several of those moments during the three 19th-century works played last night, duo sonatas by Beethoven and Schumann and a trio by Mendelssohn. And yet, once the momentum of each movement was established, the collective freedom of this group to hold back proved breathtaking. Rubato, when applied with this level of freedom, can sometimes seem mannered, but in the hands of these players, constantly alive to the possibility in every moment, the asymmetries and hiatuses become a natural flow. 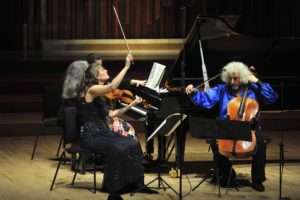 One genuine highlight of this very special evening was Janine Jansen and Argerich in duet in Schumann’s first sonata for violin and piano. The irregular phrase lengths of the first movement had total conviction and naturalness. The folky simplicity and lightness of the second Allegretto movement was bewitching. The subtlety of pacing throughout made this into a performance which should find its way straight into a commercial recording.

The hall was teeming with cellists, all there to witness Maisky’s first London appearance since 2011. His opening Beethoven sonata made me involuntarily recall a mischievous remark the late Chet Baker once made about a young Wynton Marsalis: “Well… if I could play that way…. I wouldn’t!” There surely wasn’t a cellist in the hall who would even think of playing Beethoven the way Maisky did. His searing portamento, his way of snatching with almost murderous intent at the beginning of phrases are his and his alone. And yet it is all worth it for the moments when the sheer beauty of his sound emerges. That is what stays in this listener’s mind.

In the second trio of Shostakovich, Maisky’s passion and his knowledge of suffering – he did time in a Soviet labour camp – coloured his playing and gave it a dark and overwhelming passion that made one instantly forgive wayward tuning. And in the final Mendelssohn trio, he did not resort to the overpowering heft in phrasing that was once Natalia Gutman’s way with this piece; his playing had the natural empathy and collaborative spirit of a dedicated chamber musician. Perhaps that was the biggest surprise of the evening.

This selfless spirit of collaborative conversation carried on into the encore, the Duet from Schumann’s Fantasy Pieces for piano trio Op. 88, in which Argerich stepped back into the role of discreet, sensitive and underpinning accompanist.

All three players mesmerized, and fulfilled every expectation last night. This was a remarkable concert.