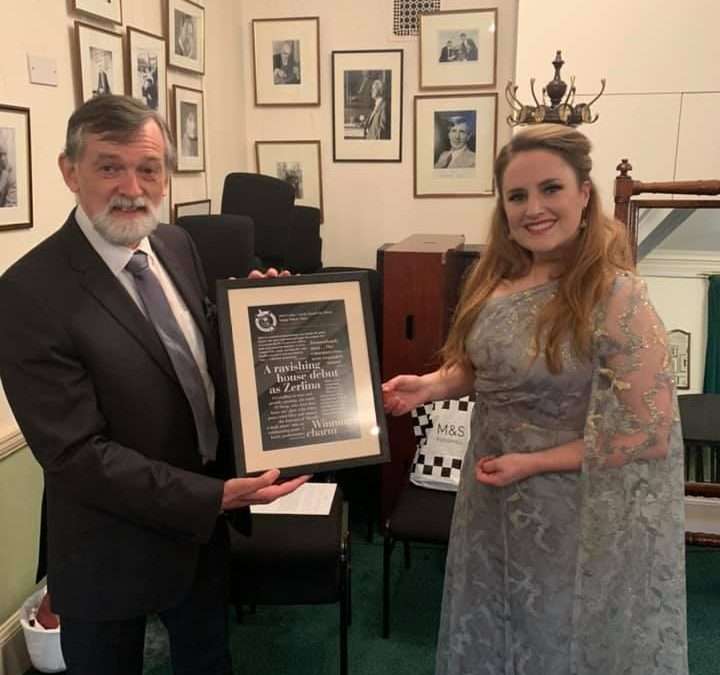 The Critics’ Circle have issued awards annually for many years now, whether as a whole – with the Rosebowl for Services to the Arts – or from the individual sections, such as Film, Theatre and Dance. The Music Section have focused specifically in their awards on young or emerging artists, primarily in regard to their activity in the British Isles, with the idea of fostering and encouraging such talent at whatever stage it is at. This can include recordings, though as the products of the studio are well looked after by The Gramophone and BBC Music Magazine Awards, amongst others, the Music Section tends to look more at concert- and recital-giving, reflected by the seven awards made in 2020, for work in 2019.

Live performance is the life-blood of our culture, in whatever medium. It has a social dimension that has been distanced almost to oblivion in the past fourteen months by the pandemic which has, of course, in addition made presenting these awards particularly tricky. This accounts for me presenting this award to Louise so deep into 2021.

Louise Alder has already become a favourite with British audiences for her gleaming, expressive soprano, a luminous voice that she colours with outstanding imagination and skill. Recent appearances have seen her sparkle in Strauss (as Sophie in Der Rosenkavalier), Handel and Purcell, and have especially showcased her stylish way with Mozart (as ENO’s Susanna, the Royal Opera’s Zerlina and Garsington’s Pamina). Yet the richness and breadth of her singing on Lines Written During a Sleepless Night, the glorious disc of Russian, Nordic and British song she recorded with pianist Joseph Middleton, are evidence of an artist seeking new challenges. And a look at her roles during the three seasons she recently spent as a member of the Frankfurt Opera ensemble, ranging from Handel to Menotti via Rossini, Verdi, Lehár and Puccini, suggests that audiences here haven’t yet had the chance to hear half of what she can do – a truly exciting prospect.