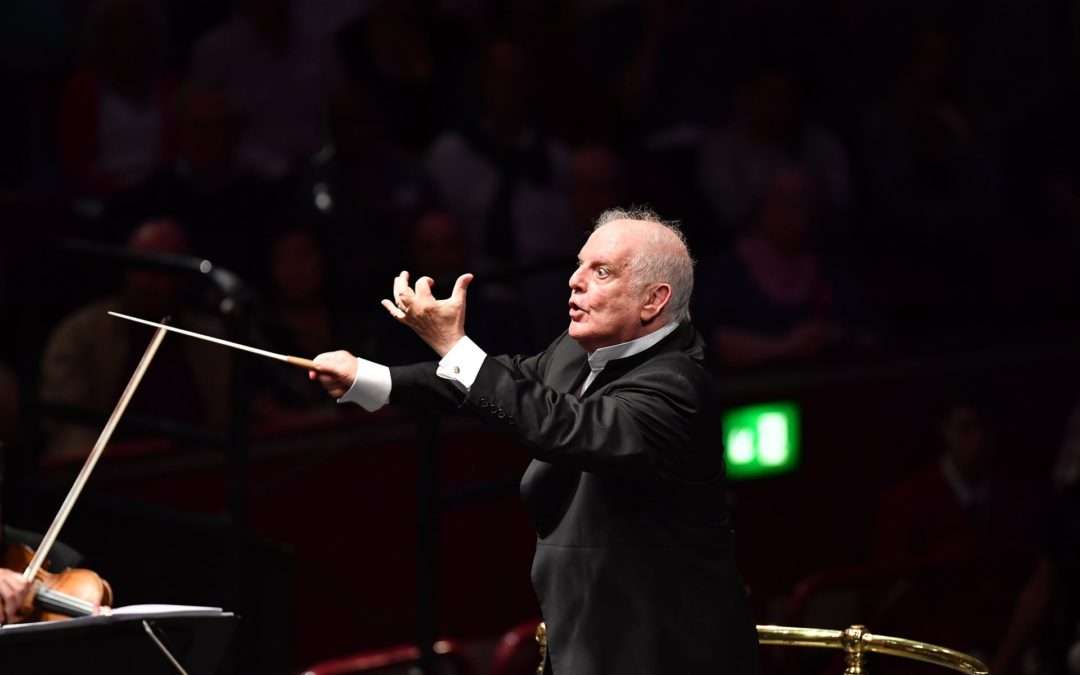 While others merely respond to the latest noisy fads and lobbyists, Sir Harrison Birtwistle retains his originality. His orchestral work Deep Time was given its UK premiere at the Proms on Sunday by Daniel Barenboim and the Berlin Staatskapelle – who had delayed their holiday for the concert, as the conductor told us in an impromptu and slightly overlong speech. Neither they nor the Vienna Phil usually play before September (like all orchestras once), breaking for the summer when their posh patrons repaired to the country. The Proms was flattered to have such illustrious visitors on the opening weekend. Indeed it was to employ otherwise redundant gig-economy musicians in the 1890s that the Proms first found a summer market among impecunious Londoners confined to their city.

Eight double-basses began murkily against distant rumbling timpani. One had a sense of elephants hearing thunder across a continent. Birtwistle manages to reduce the greatest expanses of space and time onto an orchestral canvas. Here he interprets the age of the universe in different tempi, including 4/4. The pianist played a brief motif containing a perfect 4th. Was Birtwistle going soft in his seniority? Passages of insistent Stravinskian rhythms evoked primeval communities, and from the heart of the orchestra a soprano saxophone keened with such pure incisive tone that all craned their necks to seek out the player, Claudia Meures, hidden amid a thicket of bassoons. The marimbas chattered with hoary wood-resonance, recalling the first attempts to make music with tools, and the percussionists’ statuesque technique on the top shelf of the orchestra had a mesmerising impact. A sequence of explosive hits followed by showers of sparkling flute and piccolo phrases resembled fireworks. Traditional music makes forward progress by the constant tension and release of resolving dissonances but in Birtwistle there is no forward progress, no narrative, dissonances do not resolve and we learn to appreciate the static beauty of clashing tones for their own sake.

The Berliners paid tribute not just to England’s present in the 83-year-old Birtwistle – who was indeed present – but also to its past in Elgar, who died in the year of Birtwistle’s birth. In Elgar’s Second Symphony, tension-and-release is the absolute driving force. Indeed, resolution in Elgar constantly has the sense of farewell as if he knew tonality was leaving music. The traditional first movement of two contrasting main melodies, the first a gentle skip, the second a solemn march, contained a sense of progress towards Birtwistle’s time-stood-still music. The second subject in particular stood out for the lustrous cello beam of its first announcement, a lustre it still possessed at its comforting return in the home key. The Larghetto’s heart-rending melody seems a glimpse into Elgar’s personal life and it still surprises when a foreign orchestra finds that poignancy and loss in it which sounds so dawn-of-the-century Edwardian. The Berliners played the spritely Rondo Presto with a wispy lightness. The conclusion of the movement turns dark and Barenboim summoned a threatening edge to the tambourine’s snap. The finale was memorable for the velvet trombone quartet marking the maestoso section, a wafer-thin diminuendo almost to nothing and a mighty swell-and-subside glowing on the final chord.

The compliments continued as the orchestra played two Elgarian encores. Nimrod hushed the hubbub as it always does and Pomp and Circumstance No.1 – ‘Land of Hope and Glory’ – gave itself away by retaining the original trochaic short-short-long rhythm on the first syllable of ‘mightier’ in the final phrase instead of a triplet as British orchestras (and choirs) render it. For all that, it sounded as fresh as a polymer tenner and I was reminded of Elgar’s own injunction to the London Symphony Orchestra before recording it in 1930: “Play it as you’ve never heard it before, gentlemen”. This last gratuity, like the whole concert, was cliché-free.