Bring on the thinking movies 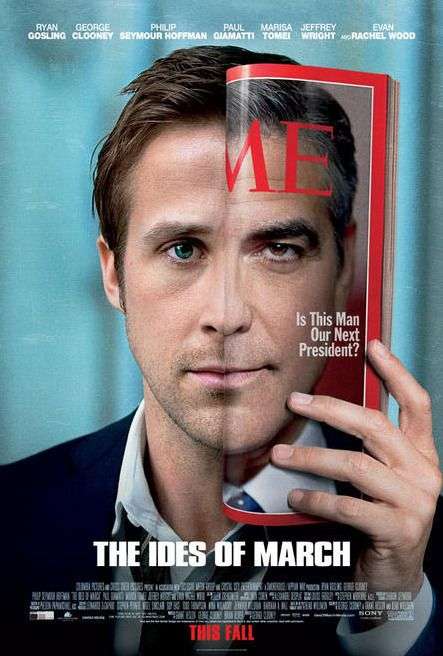 Poster for The Ides of March, starring Ryan Gosling and George Clooney

Summer is for inane, mindless spectacle, but autumn and winter – as if the harsher weather demands it – bring on the thinking movies.

The Venice Film Festival started last night with the world premiere of George Clooney’s fourth film as a director,The Ides Of March, an elegant portrait of lies, deceit and corrupted ideals in the run up to a Democratic primary in the US. We all know that Clooney is a very clever man, but this film – based on the play Farragut North by Beau Willimon – acts as a crucible of the issues in today’s politics and will get people talking, while wrapped up in an engrossing package of intrigue, mystery and fine acting.

But then, if anyone were to forget, Venice is the start of the serious movie season when a bombardment begins of thoughtful, provocative films featuring moral quandaries and shocking behaviour. It’s puzzling how the year has become so divided in the mainstream movie business.

Summer is for inane, mindless spectacle, but autumn and winter – as if the harsher weather demands it – bring on the thinking movies.

The next few days at Venice will see a David Cronenberg movie about Jung and Freud, a Roman Polanski movie about the perils of modern parenting, and a Steve McQueen movie about sex addiction. Politics, sex, parenting, psychoanalysis, it’s all about to be unleashed upon us after a summer of movies so banal that we literally haven’t had to exercise our brains while watching them.

Well, Clooney isn’t about to make any bland concessions for those jelly-brains among us. The dialogue in The Ides Of March is fast and furious; he doesn’t hammer home any message but leaves us to draw our own conclusions about who’s on screen. Nobody is all good or all bad in the film; if anything, they are all more bad than good. It’s a world of ambiguity, where moral choices are not clear cut, where you walk out of the film buzzing with ideas of your own about what you’ve just seen.

Bearing in mind that the last film I saw on a big screen was Cowboys And Aliens, it too me a while to get those muscles working in my brain watching this movie. I don’t think I realized the extent to which the Hollywood tentpoles have dumbed us down until the sharp realisation that I noticed myself working a little harder in the first of the autumn “prestige” films. No doubt those sly old masters Cronenberg and Polanski — and McQueen, a master in the making — will further reassure me how rewarding it is to actually think while concurrently enjoying a film.

I am being a tad facetious, but my point is that the best film-making demands something of the viewer, a kind of participation. Each viewer has a contract with the film-maker to engage with the story and take something away from it. Many film-makers refuse to discuss what they meant or intended by certain indistinct elements of their film for that very reason: that everybody is entitled to walk away with their own interpretation.

For me, being made to think and interpret and reach my own conclusions is the joy of a movie whether it be Star Wars or Tarkovsky’s The Sacrifice. We will never know if the Hollywood studio summer output would gross less if it strayed from the increasingly mind-numbing formulae and experimented with some bold or original ideas. The final Harry Potter film was certainly sophisticated and complex, and it didn’t suffer for it, norRise Of The Planet Of The Apes which made wordless primates its key protagonists, nor Bridesmaids which was as much about loneliness and self-esteem as it was comedy.

In any case, after a season of being dumbed down, it’s good to be re- entering that period where English-language films are allowed, even encouraged, to be smart and ask make us think.