Can one building save a dying town? 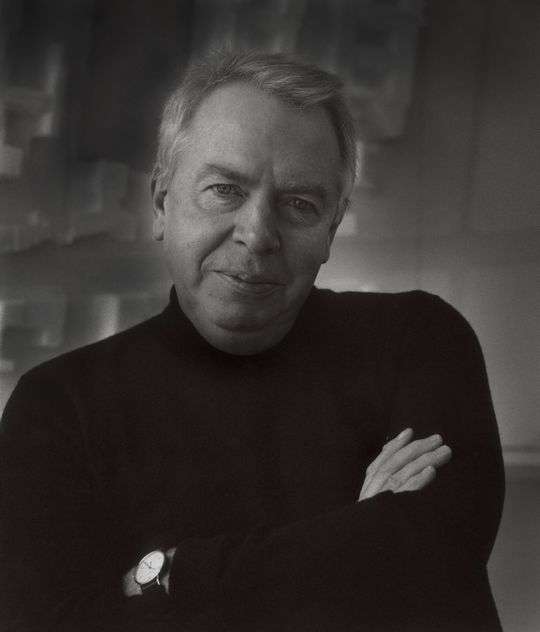 This article first appeared in the Independent on Sunday

When David Chipperfield and Victoria Pomery, director of Turner Contemporary, presented their plans for the new gallery to the people of Margate in the auditorium of the Theatre Royal, a man stood up and said the roof’s wrong. “You’ve made it flat and there are no flat roofs in Margate”.

So Chipperfield changed it. “It was a good idea,” he explains. “The shape of a roof, the silhouette of a building, is part of its personality so that it’s interesting to hear what people think, and maybe they put their finger on something you haven’t thought of”.

But can a single cultural building save a dying town? Can Chipperfield’s art-gallery-on-the-beach rescue Margate, the seaside community with the highest number of closed shops in the country, from its doleful destiny?

While is the sea and coast are historically muses for artists, the seaside had never been seen as the natural place for a gallery until quite recently.

The pioneer was Tate St Ives in a deal between local authorities and the Tate Gallery to create a focus point for contemporary art at the place where so much of modern British art was inspired by the St Ives School of painters and sculptors. It opened in 1993 on the beach at Porthmeor and which so stirred the likes of of Hepworth, Nicholson, Frost and Lanyon, and remains the only art gallery in the world with its own surfboard park. It is credited with reviving Cornwall’s tourism by attracting a different kind of visitor, and Cornwall County Council has now acquired land to add an extension to the gallery.

More recently, the Kent/Sussex coast has provokes ambitions for art as a river of moribund beach resorts. Bexhill-on-Sea was best known as a dormitory for the retired, with an icon of art deco architecture on its promenade. The De La Warr Pavilion, designed by Mendelsohn and Chermeyeff, was built in the mid-30s by Earl De La Warr to be a leisure centre for the then buoyant holiday community, but after the war it was unfashionable and was, if not despised, neglected, and half-hearted attempts at modernisation did it no favours.

In 1986, though, an enlightened English Heritage listed the building Grade I and a trust was formed to restore the pavilion and find it a future use. It was the playwright David Hare who suggested it should become an art gallery rather than a private development, and after an £8m restoration and refurbishment, it opened in 2005 offering temporary contemporary art exhibitions, but also live music, a good restaurant, entertainment and a large education programme. It attracts 500,000 visitors a year.

At Eastbourne the Towner Art Gallery was created in the 1920s after an alderman left 22 paintings and £6,000 to build a gallery for them. Its collections grew in size and importance, and a new gallery next to the town’s theatre and opened in 2009, designed by Rick Mather.

On Hastings’ historic Stade where a fishing fleet still drives itself onto the beach, the Jerwood Foundation has built an art gallery designed by the youthful HAT Projects practice to hold and show its own collections of British art, and it will open in June.

Folkestone has chosen contemporary art to revive its fortunes, but without a gallery. Instead, in 2008 a local millionaire, Roger de Haan, initiated the Folkestone Triennial with e £4.5m endowment, commissioning the likes of Tracey Emin, Mark Wallinger and Tacita Dean to make works of art and place them around the town, many of them remain remarkably unvandalised as legacies. It brought 400,000 new visitors to Folkestone, and a number of artists have now settled there. The next three month festival opens in June, and de Haan is believed to be considering the establishment of a permanent gallery as well.

But of all the south east coast’s communities, Margate seems the most obvious for a celebration of visual art, for reasons the Turner Contemporary’s name implies.

Turner first came here in 1786 at the age of 11, sent to school in Love Lane. He returned when he was 21 to sketch and stay on the seafront at Mrs Booth’s Guesthouse. Captivated by the charms of Mrs Booth, who became his mistress, Turner was just as enchanted by the light and the views, telling his mentor John Ruskin “…the skies over Thanet are the loveliest in all Europe”. More than 100 of his works, including some of his most famous seascapes, were inspired by this coast, and he kept coming for the rest of his long life.

Turner isn’t alone in being beguiled by this coast. Rosetti is buried here, Sickert taught here, Pugin lived and died down the road in Ramsgate. Eliot wrote part of The Wasteland overlooking the Margate seafront.

“You build a museum because you want a museum, you build a cultural centre because you want a cultural centre, that’s your first responsibility as an architect,” Chipperfield says. “The first responsibility of Turner Contemporary is to regenerate society, give the community a place. I think if that happens it will strengthen the community, and I think it will have influence beyond that. I’m sure it will bring people from London and beyond, but first of all you’ve got to make it locally popular.”

It is not expected to revive Margate by itself, though. The town has already seen a slow revival of its old town centre buildings through individual restoration, and Kent County Council hopes that Dreamland, the huge fairground that was in its heyday in 60s and 70s when Butlins had their hotels nearby, will be revived as a kind of working fairground heritage centre. But it is Chipperfield’s creation that hopes hang on to trigger the change of mood

When Turner Contemporary opened on April 16 it was only his second building in England, the first having been the River and Rowing Museum at Henley in 1998. Chipperfield has been a definition of the prophet without honour in his own country, hugely popular for his modern style around the world – there are five more museums in various stages of construction in St Louis, Mexico City, Marakesh, Milan and another in Berlin – but he was critical of both the fashionable architecture here and the Prince Charles backlash to it and was ostracised by the architectural establishment at home.

Not any more. Now 57, he was elected a Royal Academician in 2007, knighted two years ago and is this year’s recipient of the RIBA’s coveted Gold Medal. A month after Margate his much bigger Hepworth Wakefield gallery, a £35m development built around the life and work of Dame Barbara Hepworth in her home town and is part of the £100m regeneration along the banks of the River Calder, opens; he is working on a new hotel on the site of the Café Royal in Regents Street; he has created the masterplan the Royal Academy’s Burlington Gardens extension; and we meet on the site of his billion pound office development at Waterloo.

He doesn’t have his own office, he shares a room with the five other directors of David Chipperfield Architects (of which he is principal rather than chairman) where they sit facing eachother. So we meet in the coffee room at one of the long, scrubbed deal tables. The window view is a rather dispiriting one of Waterloo Station and small Victorian houses dwarfed by sad sixties office blocks. The one we are in, once the old Department of Education and Science, is to be demolished for his new building.

Henley came at a time when modern architecture was largely despised, often justifiably he thinks. It’s got better since, but then he was shocked at the strength of popular antipathy. “I thought, ‘Can’t I do a modern building that people might be fond of, not just architects but ordinary people?’”. He did, the result winning not only prizes but the affection of the people of Henley. “It’s what made me think that maybe it’s our responsibility to look at architecture that reaches out a little more and is more sensitive to people’s expectation about what buildings should be like,” he says.

But his reputation spread abroad rather than here. His geat achievement has been the Neues Museum in Berlin. Built in the mid-19thcentury and added to up to the second world war, the Gothic pile had been the centrepiece of Berlin’s Museum Island. Bombed twice in 1943 and 1945, its ruined shell was left untouched for more than half a century until the decision was made to revive it, and Chipperfield had to build around the skeleton in a way that paid proper respect and earned both national and local approval. The problems were manifold, but the public were the first concern. Eleven years in the making, it opened 18 month ago, won the RIBA European Award last year, and the conservators, city architects, museum curators and presidents of funding foundations greet eachother like family members now, sharing “the greatest experience of our professional lives. When we go round it now it’s with tears in our eyes.”

Kent County Council gave Chipperfield the Margate commission because they were impressed by this insistence on collaboration, but much more was required than that. The KCC had boldly decided to restart the project after the costs of the original commission, won by Snøhetta and Spence, to build an off-shore gallery spiralled wildly out of control and had to be abandoned at £50m. “We inherited a very nervous and less rich client,” Chipperfield says, “so there was a lot of calming of nerves and hand-holding, guiding the project back in and reassuring them, and bringing the community along as well”. Turner Contemporary is on budget at a modest £17.5m and on time.

It has a forecourt with a café on the south side towards the town, its gallery windows facing due north and the delicious light, unblinded by the sun, that Turner kept coming back for throughout his life. There is a community area that welcomes visitors and education rooms, and the galleries have been devised to look like artists’ studios rather than the traditional forbidding spaces devoid of natural light where the art is mounted as objects of awe.

“Someone criticised it as just a shed,” Chipperfield says. “I can live with that: a nice shed facing the sea with good light that the people of Margate feel is theirs and others will come to see. Anything more than that is wrong. That’s what we wanted it to be, just a beautiful shed.”