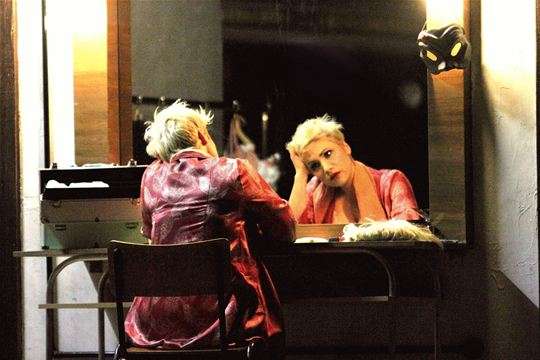 Call it Damiano Michieletto’s revenge. Earlier this year the Italian director took a shellacking for his production of Rossini’s Guillaume Tell at Covent Garden – for an opportunistic scene of sexual molestation, but mostly for being generally boring and pretentious. His response is a bit of old-skool banality that would hardly look out of place done by a populist producer at the Albert Hall. (Although unlike the Royal Opera, Raymond Gubbay never troubled the public purse for 25 million quid a year.)

These two works are the terrible twins of so-called verismo, the bleeding entrails of late Italian opera, usually performed together, though that was never their authors’ intention. Appearing within two years of each other in 1890s Italy, Pietro Mascagni and Ruggiero Leoncavallo’s operas tacked away from the serious work of Giuseppe Verdi, who had dominated Italian opera for decades. Masquerading as realism, they are simply exotic in a new way that involves picturesque and vivid depictions of violent love and death among the peasantry of southern Italy (more alien to the bourgeois audience, of course, than the usual run of courtesans and aristos).

What they have in common is white-hot passion and pace, the qualities most missed in an orchestral performance apparently trying to make this music sound posh – it is their sheer visceral drive, making a virtue of their lack of subtlety, that is their most notable quality. Here conductor Tony Pappano, who usually channels Italian music with absolute sureness, produces very beautiful and cultured sounds that merely sound dispassionate, which is about the last thing you need.

Covent Garden pitches us into that brand of “naturalism” that you find only in opera: great crowd scenes where everyone determinedly fulfils the role of operatic peasant, groups of angelic urchins, lots of what is known in the trade as “nasty business”. In the middle of this communal cliché the protagonists sob and stagger towards their doom: the old warhorse stories describe how ill-advised sexual activity leads to a dagger between the ribs, and are rendered more piquant by their settings amid religious festivals: Easter for Cav, torrid Ferragosto (15 August) for Pag.

Here both appear to be taking place either at night or during an eclipse; no doubt the surrounding darkness is a metaphor, though it feels perverse in pieces where the pitiless sun is a vital and inimical presence. The big event in Cav is the Easter procession (plus well-known Hymn) where tragic, guilty Santuzza (Eva-Maria Westbroek) – impregnated and dumped by Aleksandrs Antonenko’s forthright Turiddu – imagines the Madonna statue fixing her with an accusing finger, a bit like that old Lottery ad. Things perk up dramatically when she tells wide-boy Alfio his wife is dallying with Turiddu, and in fact Dimitri Platanias’s swearing of ‘Vendetta’ is the first time the music gets in character. Soon afterwards, the chorus dutifully assembles to take part in a drinking song, and things tilt towards their bloody conclusion.

Pag, the less simplistic sibling, sounds and looks better. This is the one about the travelling players whose performance goes haywire when the cute adultery story they enact on stage is mirrored in real life, and betrayed husband Canio, playing the clown Pagliaccio, wigs out, killing his wife Nedda (and the show) stone dead. Leoncavallo’s music, more self-consciously clever, is neatly played, but more importantly the singing is much better. From the prelude, done with a lot of style and feeling by Platanias, things are on a different plane of engagement, and Carmen Giannatasio as Nedda brings a slinky intelligence and artfulness to the minxy role. Antonenko dutifully goes through his ‘Vesti la giubba’ routine, and the last ten minutes of his descent to murderous rage is highly effective, but he never really engages us in the pathos that Leoncavallo is trying hard to manufacture.

With a bit more musical passion, the staging mightn’t seem so leaden. Michieletto links the pieces: Cav takes place in and around the local panificio (with much kneading) and an overused stage revolve twirls about, letting us know that the players are coming to town; we also get to see the beginnings of the fatal affair between Nedda and Silvio. It’s neither here nor there, but neatly done. Pag proceeds in the same cosy way until Canio hits the bottle and we get a dose of his paranoid visions – the first time theatre really intrudes. The audience lapped it up: round 2 to Damiano.