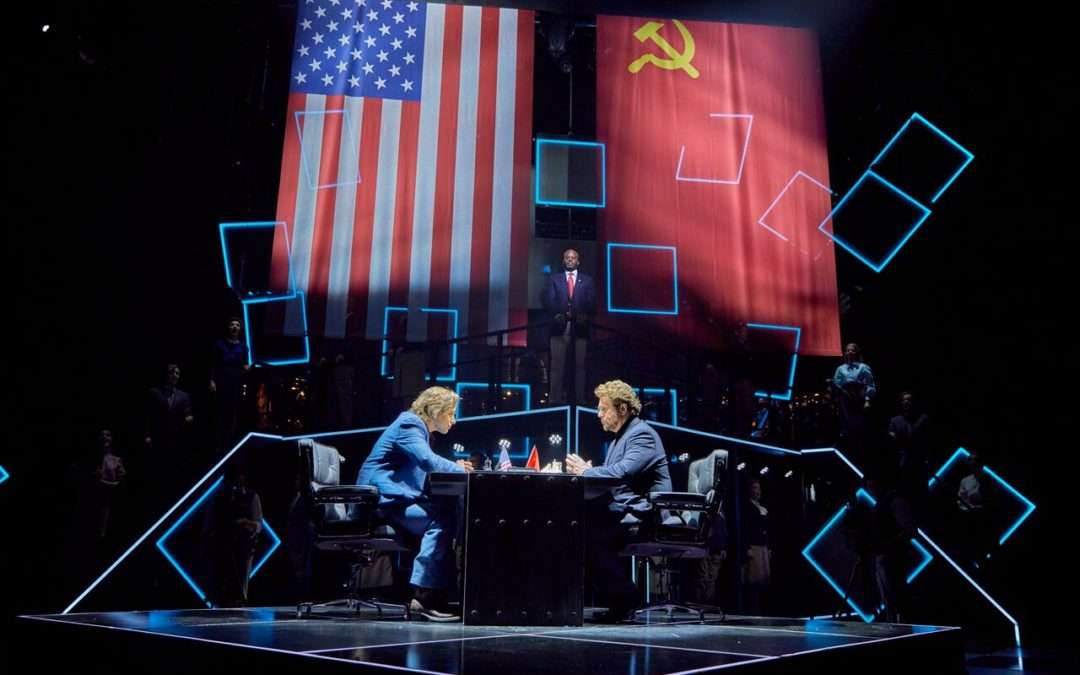 In a genre of unlikely gambits – cats, nuns, the assassins of American presidents, a children’s train set – is there a less obvious subject for a musical than chess? There’s a certain wilful brilliance to taking a game of interior, cerebral drama, where the merest twitch of fingers or flick of wrist is the difference between celebration and tragedy, and turning it into a sprawling, all-singing all-dancing, overblown, incontinent stage-spectacular of a musical. But is it enough to take the impossible and make it sort-of-just-about-maybe-viable?

ABBA’s Benny Andersson and Bjorn Ulvaeus and lyricist Tim Rice thought so, and it seems that – 30 years on from the show’s original London run – the theatre world is beginning to agree. Later this year a major revival is planned for Broadway (already trailed in a starry Kennedy Centre try-out back in February), while in the West End English National Opera have chosen the show for the company’s annual balance-the-books music-theatre outing. 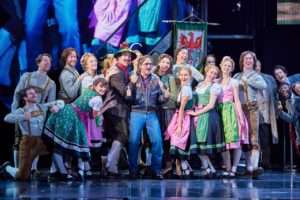 The latter decision is much more obvious. ENO have their resources to consider, and with its quasi-symphonic interludes and great, multi-layered swathes of chorus writing Chess makes a natural showcase for the company’s orchestra and chorus (supplemented here by a small ensemble of music-theatre specialists). There’s also a rather unexpected topicality to a show with a score by half of the newly re-formed ABBA, the Cold War tensions of which feel once again familiar.

But if there’s a thoughtful satire about proxy wars and political gamesmanship here then, despite using all the kit in his digital toolbox, director Laurence Connor struggles to free it from under the rubble of Chess’s book. Interestingly, the forthcoming American production has brought in Empire’s Danny Strong to write a brand new book, and it seems like a smart investment. Though how you join a splatter of dramatic dots that involves three contrasting chess champions, an under-motivated love-triangle and two rival nations very differently is anyone’s guess. 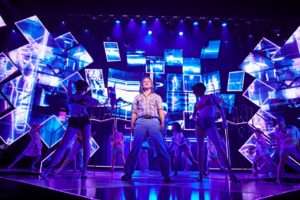 The good here is all musical. Andersson and Ulvaeus know their way around a tune (though someone really needed to have words about that synth-obsession). Chess’s score is positively profligate with melody, throwing away hit after hit as mere passing musical thoughts, leaving you begging for just a little more Lloyd Webber-style indulgence. Chart numbers I know him so well and One Night in Bangkok still sound great (though the latter’s cultural stereotyping throws up some issues, especially in this painfully un-ironic staging), Sergievsky’s Anthem does the business as a first-half closer and both Florence’s belter Nobody’s Side and Trumper’s rock-ballad Pity the Child hit their mark hard.

But the orchestrations feel oddly thin (surely, with ENO’s orchestra available this would have been a perfect opportunity to beef them up a bit?), not helped by sound design and amplification that flattens both colour out of the sound and clarity out of the whistle-stop-wit of Tim Rice’s text. There are some scary moments of ensemble, which will presumably settle through the run, as well as some dodgy bits of tuning. 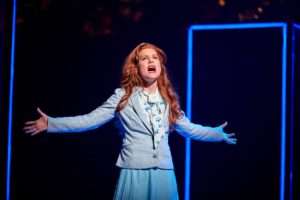 It’s the cast and chorus who really propel this show – willing it into kitsch fabulousness by sheer musical wattage. Michael Ball still has one of the best voices in the business, and if he can’t make much of Sergievsky’s inner life then it’s hardly his fault. Cassidy Janson and Alexandra Burke are well contrasted as love-interests Florence and Svetlana, the former making a persuasive play for the most interesting character on stage, while Mike and the Mechanics’ Tim Howar is all gritty power and Bono-ish charisma as Trumper.

You can’t fault this “concert staging” for effort. It’s shiny, slick and hectic with interest, from Stephen Mear’s choreography and Matt Kinley’s 80s-fabulous set to Terry Scruby’s evocative video design. But if you get your money’s worth of spectacle you can’t help feeling short-changed on emotion. So shiny, so slick is it all that Chess’s human pieces slide right off the board, ending up in a muddle even Andersson and Ulvaeus can’t soundtrack into sense.