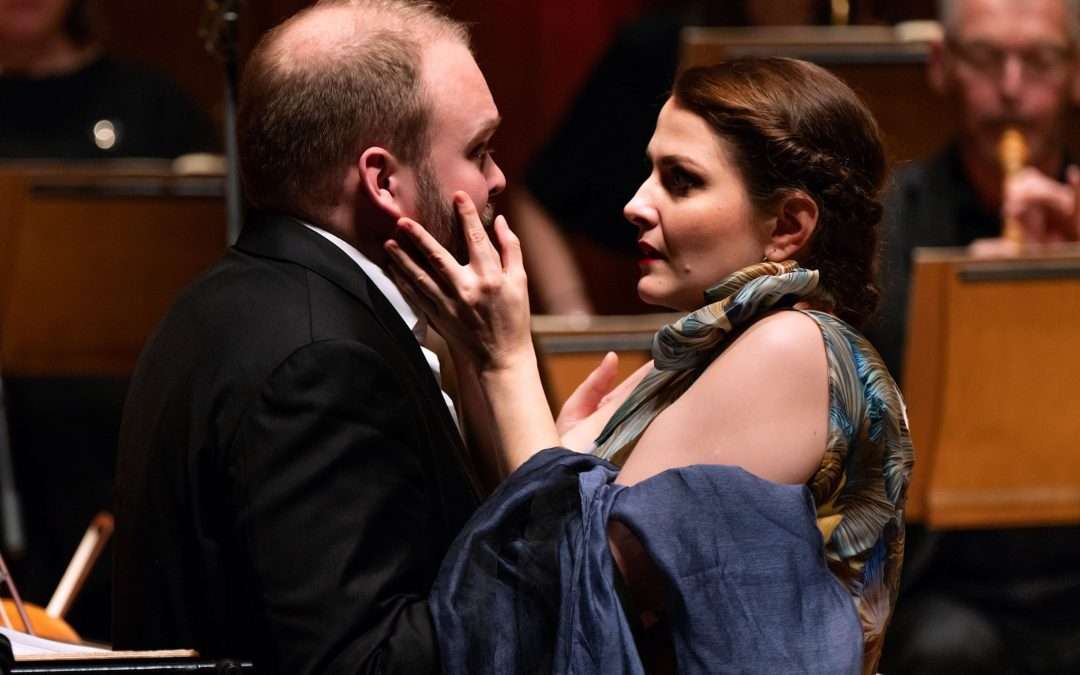 I confess I wasn’t expecting huge things from Ian Page and Classical Opera’s Così. Nice cast, for sure, but Page isn’t (despite his unswerving devotion to the composer) the greatest Mozart conductor, and his orchestra is only a bit better than it ought to be. But this was a terrific performance, getting to at least one of the possible truths at the heart of this wise, playful, sad, happy, beautiful piece. Every performance of Così can raise different questions; I’ve never realised so clearly that the equivocal ending can be both ironic and not ironic at the same time. Obviously it’s a bit uncool to be bowled over by Mozart, yet again. But how else do we know we are still alive?

There’s a kind of clarity you can get in concert performances, unobscured by foolish (or even sensible) stage business. Oddly equipped with music stands and scores they really didn’t need, Page’s admirable sextet conveyed, with an artful minimum of thespy fuss, the painful web that is young love: one of the opera’s themes is how very difficult it is for people to get over themselves enough to form a relationship with another actual human. And it’s the varying degrees of self-awareness the characters show in the process, and how they handle these strange new feelings, that keeps us glued.

That – oh yes, and the music. There was real organic focus and energy about this orchestral performance. Not that it was all harum-scarum, by any means: certainly we got a good deal of scurrying violins in the right places, but Page balanced the softness and cruelty of the score very adeptly. This, surely, is Così’s defining characteristic, the way real, disturbing, irresistible, transporting emotions keep surfacing through the selfishness and cynicism, and Mozart’s infinite Handel-style sympathy for his characters in all their weakness and foolishness.

From the moment her Fiordiligi floated an elegant swelling note over Dorabella’s arpeggios in their first duet, you knew Ana Maria Labin was the real deal: it’s one of those effortlessly expressive voices, sensual and rather old-fashioned, a perfect pairing with the American tenor Matthew Swensen, whose lovely soft legato drips with pathos. These two were the heart of this performance, their crucial Act 2 duet absolutely soaked in sexual tension and release, and full of that peculiar Così sadness: the loss of innocence, the sweet lies of childhood we have to put aside to become properly human.

The other duo were no slouches, though Emily Edmonds (Dorabella) was announced with a cold, and sang a bit harshly. There wasn’t much sex-appeal in ‘Il core vi dono’; Benjamin Appl (Guglielmo) has a relaxed, debonair way about him, but this couple weren’t really into each other. Rebecca Bottone’s sparky Dorabella lit the stage up in Bottone’s usual way, vocally pinpoint and chock-full of character without any irritating antics, and Richard Burkhard made an excellent, jaded, amused Alfonso. Page’s conducting was genuinely inspired: in his monomaniacal obsession he knows as much about Mozart’s music as anyone, and two things struck me. Mozart’s woodwind can change in an instant from a gang of chattering waterfowl into a kind of divine balm descending to bless the drama and its audience, and Page knows the exact moment where this happens. And he has paid attention to Mozart’s pauses: Labin’s ‘Per pietà’ was full of them, a kind of hesitancy and pregnant reflection that deepened this achy, painful aria even further. Really this triumph was all the better for being so unexpected on a cold, humdrum midweek evening.