The Depraved Appetite of Tarrare the Freak, Wilton’s Music Hall 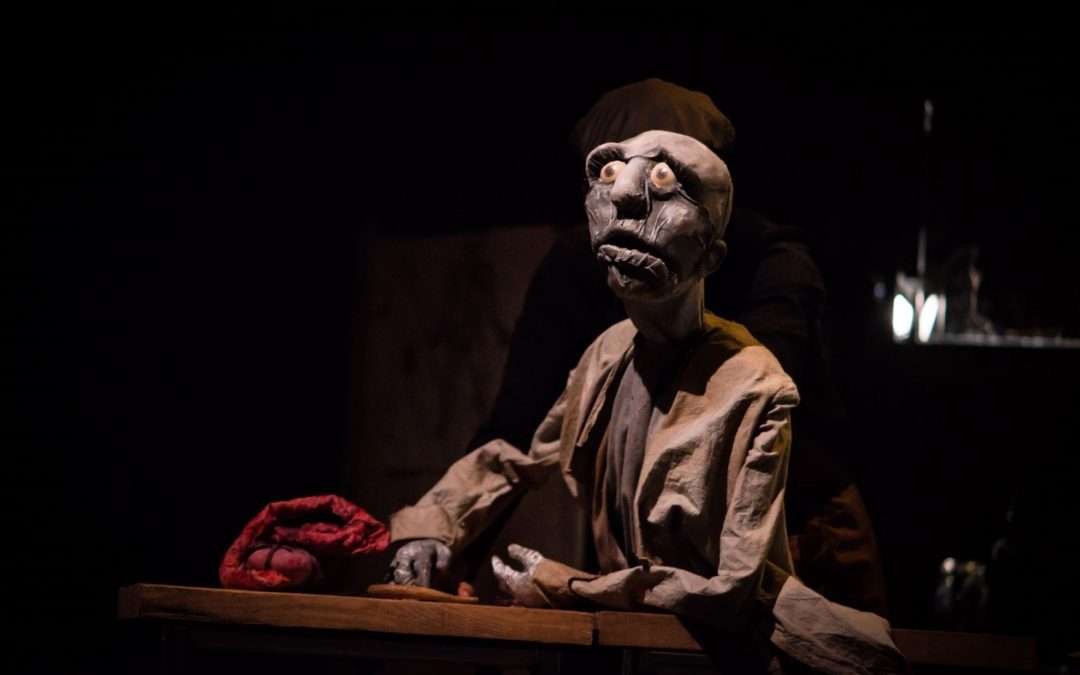 "This is not just top-class puppeteering, but the highest order of theatrical illusion." (C) Barney Witts

Non-humans perform Wattle and Daub’s touring production of this “monstrous chamber-opera” by Tom and Tobi Poster, encamped at Wilton’s Music Hall in London’s East End for the next fortnight. The grotesque trilling puppets have a transfixing power in their clumsy lip-synch and expressive movement which powerfully re-creates the pathos and comedy of the Victorian Freak Show, if not the cruelty.

Two male singers lend their voices to the rubber and papier-maché cast emerging from specimen jars on shelves either side of the band at the back of the stage. Both vocalists cross constantly from baritone to counter-tenor in mould-breaking defiance of the operatic norm which categorises the voice as alto, tenor or bass. Slowly the barriers come down. Counter-tenors themselves were once considered freakish; now the voice is merely an octave extension to a more orthodox technique. Michael Longden has the lower fruitier bass, Daniel Harlock the higher, more powerful falsetto as he demonstrated in a shock-tactic fortissimo at a climactic moment of tragic insight for the central unfortunate that brought a confused mix of laughter and sympathy from the audience.

Tarrare was a French freak with an extreme eating disorder, then called a polyphagist, or multi-stomacher. He ate a fish, a snake, a cat and once a child apparently, which brought society’s hypocritical horror to a head. Half a Siamese twin fell in love with him and, despite a reluctant other half, pursued him to Germany where Napoleon’s strategists aimed to employ him as a smuggler of messages to the battlefront.

The band comprises two musicians, pianist An-Ting Chang and violin Katy Rowe, who perform with conviction the different pastiche styles composer Tom Poster has wittily imagined. The sound-world is the Broadway/West End musical more than Covent Garden, with a freak-show patter-song as the opening number at a speed just slightly too quick for Longden to enunciate clearly. The fiddle theme for Tarrare’s lover needed no words to express a love that made the ugly beautiful.

The main puppets have the scary blue pallor, hollow eyes and shaved scalps of the inhabitants of Hogarth’s Bedlam. Puppeteers Tobi Poster and Aya Nakamura beam their concentration through the masks, and are in no way detached from the emotion but feel it themselves as they apparently follow their alter-egos like spirits from the spirit world. This is not just top-class puppeteering, but the highest order of theatrical illusion: lifeless materials made into fully sentient and pathetic beings.

One senses the company acts with one heart and one goal. The co-ordination of bodies on stage has a choreography handled with skill by director Sita Calvert-Ennals. Freed from self-consciousness by the focus on the puppets, the humans execute their various learned techniques with total absorption and complete command. This is a young company which understands fully the potential of its medium and its own power to use it. Miss them at your cost.