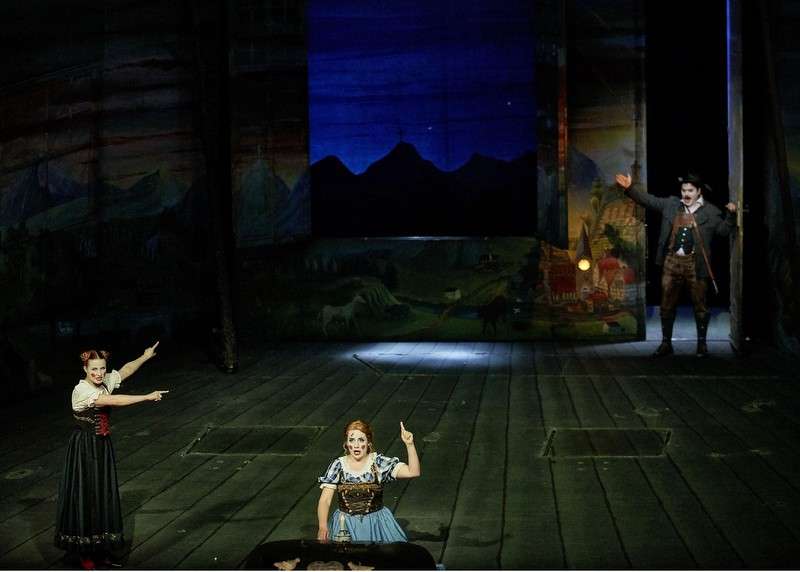 If you want to see Weber’s seminal Romantic opera these days, you pretty much have to go to Germany. Just as well, too – imagine the camp horrors that would be inflicted on it here out of a mixture of embarrassment and snobbery.

Anyway, seeing that Achim Freyer’s old (1980) staging was popping up again at the Stuttgart Opera, it seemed high time to catch it. This is the longest-running production in the house’s repertoire, and since the home team of Sergei Morabito and Jossi Wieler (the outgoing General Director here) are directing the piece in Strasbourg next year, I’m guessing its days might be numbered.

Of course, nobody these days would dream of staging the piece as Freyer did in 1980 – except perhaps Freyer himself, whose aesthetic and sensibility remain unique: magic, hallucination, puppets, an acute sense of human frailty, a visual idiom that places his characters amid a childlike, Edenic nature before submitting them to the trials of a universe given to capricious visitations of weirdness and evil.

And Freyer’s approach to Freischütz is, like much of his work, a mixture of seriousness and play that admits fantasy and terror, and takes pleasure in the most naïve of stage tricks and panto routines. The audience’s favourite bit – by some way – was the Hunters’ Chorus, a jokey tableau of jovially idiotic green-suited chaps drinking wine and being exceptionally German, jollied along by some marvellously rich horn-playing. I was half-expecting an encore. 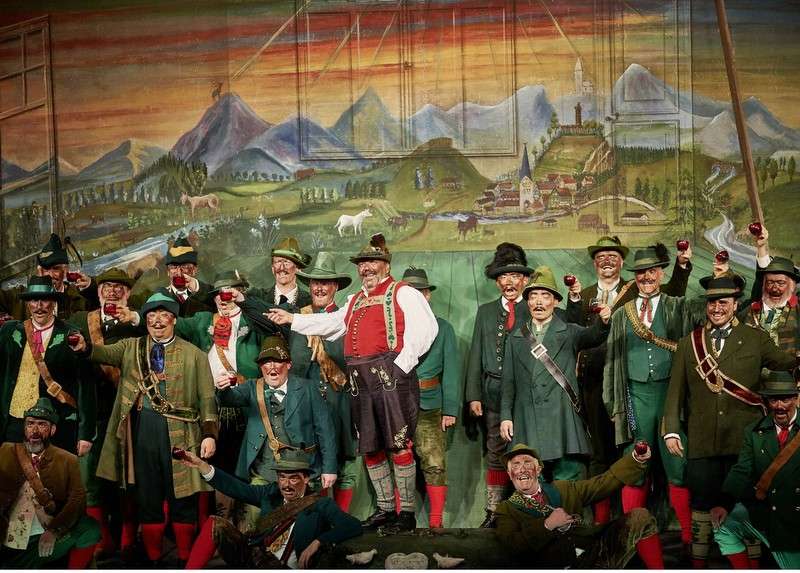 There’s also poetry, terror, and a proper attitude to the mean-spirited public shaming of Max at the beginning and the supposedly merciful ending, where the desirable happiness of Max and Agathe is wantonly postponed in a show of patriarchal wowserdom posing as wisdom and magnanimity. (Freyer’s Magic Flute stagings often take a dim view of Sarastro too, out of a deep suspicion of pomposity.)

Freyer’s picturebook designs – effectively, a room painted with landscapes and scenes of nature – function nicely for indoor and outdoor scenes. Before the curtain, a sylvan scene fills the auditorium, with pine trees either side of the proscenium, birdsong, tinsel, a deceptive rainbow: this storm has not passed. And before the overture, the show opens with the Hermit praying, then being visited by Agathe and Ännchen (Weber cut this scene at the behest of his girlfriend). Magical transformations take place: Agathe swings open a window to flood the night-time house with moonlight, and the same room, re-lit in nightmare shades, becomes the Wolf’s Glen, with slightly (purposefully) naff special effects – a big spider, banging doors, a silhouette show.

The puppetty attitudes and gestures of Freyer’s characters run through his work – this culminated in a rather marvellous Ariodante performed entirely as Sicilian puppet show. It emphasises the vulnerability of these humans buffeted by fate, not at all in control of what happens to them – even Kaspar, fated to be the bad guy who brings it all about. There is a ritual aspect to everything that happens, a kind of institutional scapegoating to keep the community pure and (maybe more importantly) in line. All plays are morality plays. 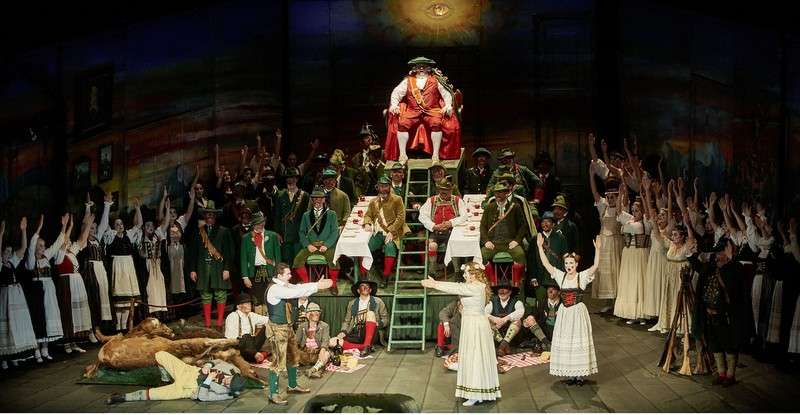 Musically things were very solid. Daniele Rustioni, whose regular rep this really isn’t, seemed to be enjoying himself as he plunged us amid the German forest, with those wistful nostalgic horns that hymn the descent of peace after Napoleon’s mayhem; and though his tempi were fairly stately the show never got bogged down. Weber really exploits the essence of all instruments individually – the lovely cello intro to ‘Und ob die Wolke…’ is typical, and there are many more – and in concert, and Rustioni brought out the lines and textures really lovingly: this was an orchestral sound that had been thought about to the last detail.

Casting mostly from the company, Stuttgart provided a very decent class of singer too. Mandy Friedrich, making her debut as Agathe, doesn’t really have the radiance for a role that outdoes most others in the serenity of its musical effulgence, but with a pleasant dark timbre she made a sympathetic and affecting heroine. Sister Ännchen can be rather an irritating creature but Lauryna Bendziunaite was absolutely outstanding, full of fun and spirit and singing with diamond accuracy and sparkle. Daniel Kluge’s Max was very natural, a proper unpretentious German tenor going about his business with no fuss and making a very good impression, and Simon Bailey’s Kaspar was rather more interesting than the usual villain. The chorus was great too, and not just as hunters.

Who can say why Freischütz has so fallen out of fashion abroad? With its echoes of Zauberflöte and adumbrations of Fidelio (not to mention Der Vampyr, Genoveva and Hansel & Gretel) it’s absolutely central to the German tradition, and if the Wolf’s Glen is hokey as hell, there is plenty of serious dramatic and emotional meat in the piece, plus those gorgeous soprano arias and orchestral writing of a sensual sophistication you don’t find much of in the early 19th century.