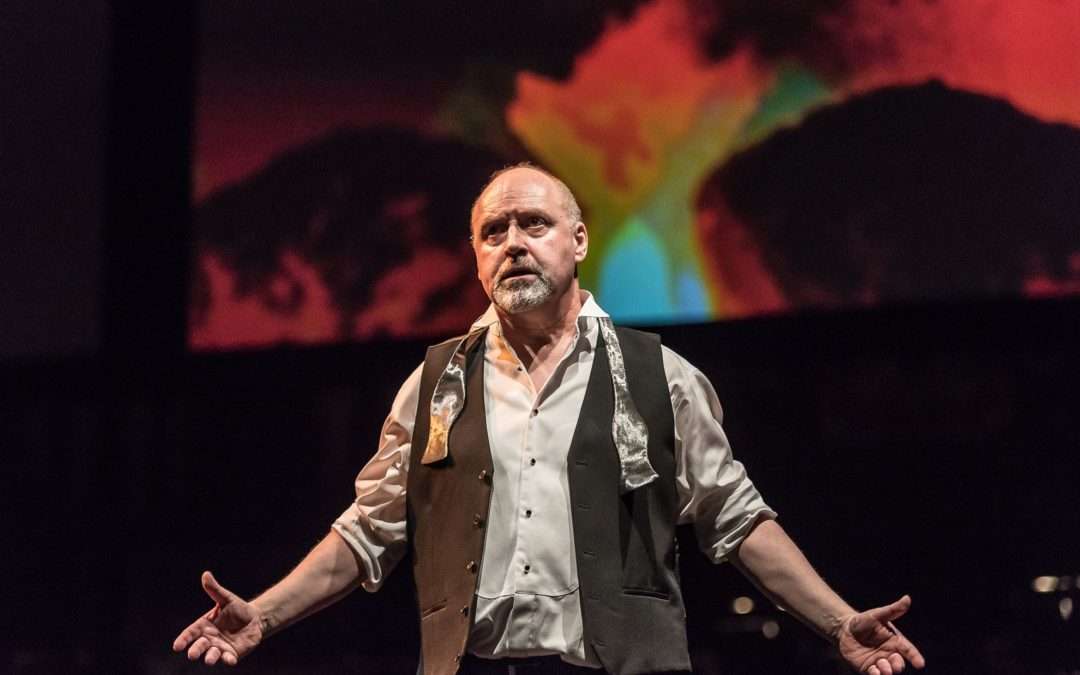 And so to the comedy. It’s not abnormal to have issues with Siegfried, the scherzo of the Ring cycle: Wagner did, too. Stitching together the fairy-tale of “The lad who went forth to learn what fear is” with the legend of Siegfried, dragon-slayer and world-rescuing hero, was a tricky call, and the joins show. Plenty of Ring enthusiasts, including me, are happy enough when – after a lot of stolid horsing around – Act 3 whisks us back to the proper drama.

It’s not the process – there are some actually boring bits, but they are astonishingly few in a four-and-a-half hour piece – as much as the sensibility and dramatic failures that interfere. Fretful Mime is not established as hateful, nor the lunky retard Siegfried as remotely likeable, to any degree that could possibly engage our sympathy in the early stages. But Richard Roberts and Lars Cleveman pulled the thing off with style, helped by conductor Richard Farnes keeping it at a good lick. Cleveman is no 20-year-old, but this semi-staging has a get-out-of-jail-free card for such irregularities: he isn’t pretending to be, so it’s fine.

Of course everyone needs a break after the roiling intensity of The Valkyrie, and the life-filled, boisterous, open-air music of Siegfriedprovides it, regularly busting out into a jovial freedom we haven’t heard before in the Ring. And Act 1 and 2 also give us the last echoes of Wagner’s contemporaries Schumann and Mendelssohn before he heads off to the future and leaves those familiar landscapes of German Romanticism behind.

And it’s hardly all fun and games, although Roberts and Cleveman’s double-act is a fine bit of character-miming action, without any big surprises (I’m pretty sure Mime’s prop-free soup-cooking and kitchen rigmarole included a cocktail shaker for Siegfried’s death-potion). Wotan’s appearance as Wanderer, sung here by our third Wotan, the resonant and lyrical Béla Perencz, undoes much of the personal development we thought he’d accomplished in Valkyrie: here he is back to his atrociously entitled ways and wasting everyone’s time. But this return of Wagner’s obsessive mixture of torrents of words – the vehicle of reason – over music that dwells wholly in the unconscious and the emotions sets the brass section going, and on Wotan’s departure the orchestra rocketed into proper action to call up Fafner, the deepest growling brass, strings in a crazed, enveloping tremolo, intimations of Brünnhilde’s fire, the nervy instability of high, falling, chromatic violin chords. Thence to Siegfried and his sword, the first episode to feel oddly subdued as Farnes reined the orchestra back to let Cleveman be heard.

Wotan’s Act 2 appearance and squabble with Alberich, rehashing all the old stuff, confirmed suspicions he hadn’t learned anything (and really hates the idea of “free will” in anyone but himself). It was a delight when the Woodbird (Jeni Bern) brought some musical charm to sweep away the gloom, and the gentle forest music cleared the air. Act 3’s new musical world – composed after a 12-year break – exploded with a turbulent outburst of Erda’s music, and her gripping if gnomic confrontation with Wotan, before the pivotal meeting of the increasingly exasperated god with his irritating grandson. Farnes and his band were back in their comfort-zone of continuous symphonic music, its tides and eddies incarnating the parry and thrust of the family row, pacing and dynamics flowing and ebbing with brilliant controlled momentum.

The second half of Act 3 is a wonder, of course, the music finally attaining ecstatic realms now that hope is, for the first time, an option in this world. An expansive radiance as Siegfried left the broken Wotan behind accompanied him through Brünnhilde’s flames to the breath-holding hesitancy of his discovery of her, and the rapture of her awakening and their duet (Cleveman nearly reaching the end of his tether here as Kelly Cae Hogan sang without restraint, though the voice sounded a little unwieldy after all that sleeping). This, I suppose, is the high point of the Ring’s portrait of human love, Brünnhilde joyfully (in the end) throwing off her divinity to become a woman and the music blazing forward with sensual power.