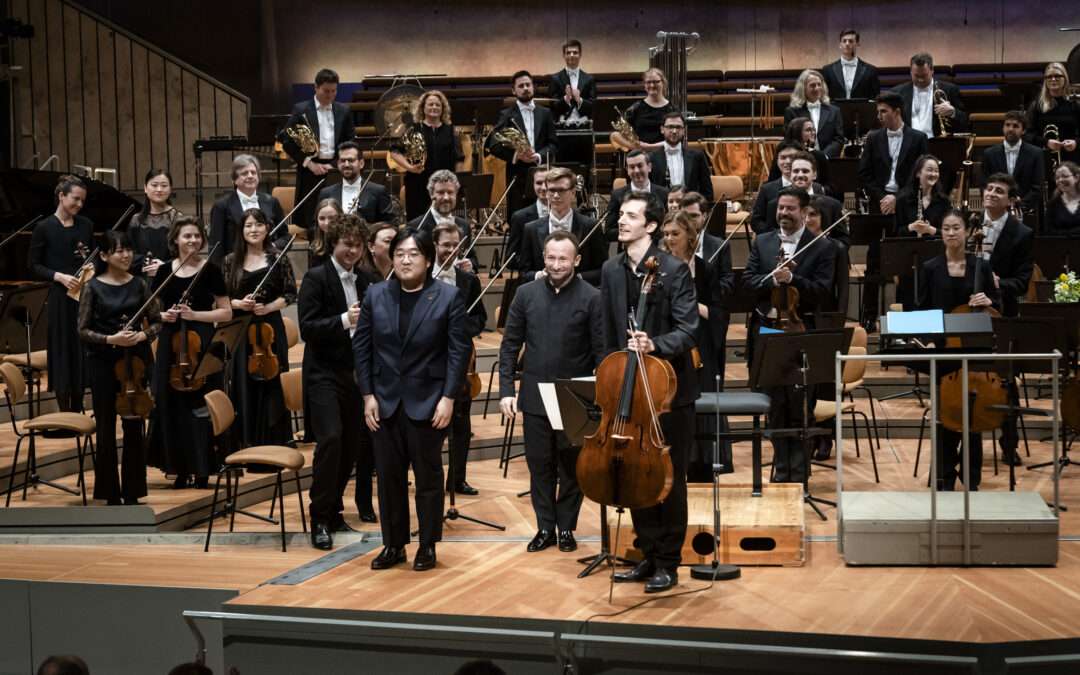 Korean-born, London-resident Donghoon Shin was the Music Section’s Young Composer of 2019, an award made in recognition of his finely attuned aural imagination in works such as the orchestral Kafka’s Dream (2018-9) and Anecdote, a concerto for sheng (the Chinese mouthorgan) and ensemble (also 2018-9). Donghoon was also the recipient of the Claudio Abbado Prize, which brought with it a commission for the Karajan Academy of the Berlin Philharmoniker to write a concerto for the orchestra’s principal cellist since 2013, Bruno Delepelaire. The resulting, five-movement concerto, Nachtergebung (‘Night Surrender’), was duly premiered on May 7-8, 2022.

Nachtergebung is cast in five movements which play without a break. These follow a trajectory from darkness and the lower registers of the cello in the opening span, Verfall (‘Decay’), to the quietly gleaming treble lines at the close of the finale, incidentally titled Nachtergebung. Each movement takes its cue expressively from a poem by Georg Trakl, as the composer explained in his programme note for the premiere:

Trakl’s dark but colourful poems always resonate in me in a very musical way. The vivid, various images in his poems are like extremely well crafted but bold contrapuntal music to me and they gave me ideas for different tunes, colours and harmonies for the musical layers and themes.

The composer has also commented that the concerto “is also a contemplation on the madness around the world and the kind soul struggles with the cruel reality.” .Overall, the concerto does have a contemplative quality, the music often softly spoken, allowing Donghoon’s precisely calculated sonorities and resonances of Trakl’s texts to be heard clearly. If I had a pound for every contemporary work I have heard where its composer had failed to achieve that fundamentally important aspect of instrumental balance, I would be a wealthier man that I am now but am happy to report that Donghoon has enriched me in far finer ways.

Although much of the music is restrained in volume and texture, expressively the music is often quite intense. It has its grander moments, too, where he shows how well he can deploy the weight of the full orchestra, whether in the central section of Verfall or the bright, brief scherzo Trompeten (‘Trumpets’), which follows it. In a sense, the concerto is a series of five nocturnes, each one reflecting a different aspect of night, or at a different season. The central Winterdämmerung (‘Winter Dusk’) is the heart of the work, the most complex emotionally, leading into the penultimate movement Nacht (‘Night’), a depiction of the physical manifestations (at times quite robust!) of night-time. The concluding Nachtergebung then seems like an epilogue (Donghoon terms it a ‘lullaby’), tying together the last remaining threads in this relatively brief (22-minute) tapestry of concentrated and acute imaginative sonorities.

Bruno Delepelaire was a picture of concentration throughout this by turns volatile yet quiet score, and Kirill Petrenko drew acute support from the Karajan-Akademie ensemble. The genuine warmth of the applause at the close spoke volumes about the music’s immediacy of appeal and the impact of its presentation. Donghoon has already shown in Anecdote and his recent violin concerto that he has a real gift for writing for solo instruments and orchestra; Nachtergebung is an eloquent affirmation of that gift, which bodes well for his upcoming double concerto for sheng and accordion, which should be premiered in 2023.