The End: An Electric Sheep Anthology by Virginie Selavy 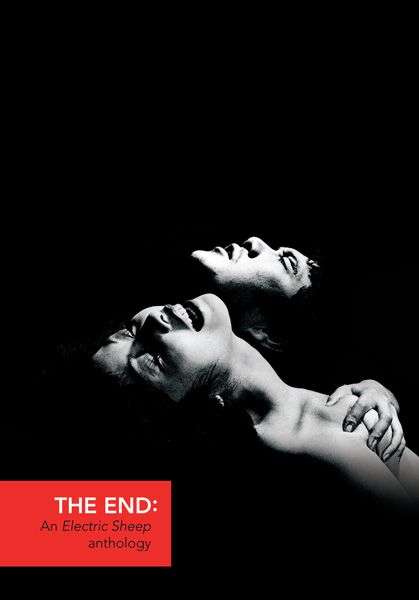 The End: An Electric Sheep Anthology is published by Strange Attractor Press and is available at http://strangeattractor.co.uk/books/the-end/

If there’s anything a film critic should know it’s that film magazines shouldn’t be afraid to look at cinema and the moving image from different angles. The strange. The esoteric. The weird. Cinema has it all and so should the writing that is centred around it. Electric Sheep magazine has always found an uncanny ability to poke around the back of the cinematic cupboard and find some of the long forgotten items that have been gathering dust for far too long.  The End: An Electric Sheep Anthology is a wonderfully eclectic selection of film writing that takes in subjects as varied as Nigerian Cinema and 1970s Spanish horror.

The book opens ‘A Feast of Skeletons’, Ian Francis’ persuasive and fascinating look at the consistent threat that cinema has faced from new technologies. Not only is it an engrossing potted history of early film and technology but it manages to put a more positive light on the current notion that ‘cinema is dead’. Cinema has had a knack of surviving TV, VHS and DVD: it has at least a fighting chance against digital formats and torrents. Other articles such as ‘End Game: Interactive Films’ and ‘Darkness Audible’ are similarly cogently argued and constructive examinations of new and differing technologies whilst there are – unsurprisingly – some thoughtful examinations of the likes of Kim Ki-Duk’s Spring, Summer, Autumn, Winter, Spring…, Henri-Georges Clouzot’s (never made) Inferno and The Human Centipede.

But the collection really comes into its own with some of the more personal and biographical pieces, the highlight of which is Greg Klymkiw’s ‘Cusp’. An account of running a repertory cinema in Canada during the 70s and 80s it takes in mad cinema owners, exploitation films and the machinations of distributors and makes it into a wonderful slice of happy memoir and lament for times past. More biting – but equally as good – – is Simon Guerrier & Pearlyn Quan’s comic strip ‘Final Cut’ which sees a film critic on the edge forced to confront an ever growing lack of faith in cinema. An existential look at the role of the film critic (and, being one myself, it definitely had one or two uncomfortable truths) it’s a bleakly excellent affair.

The End manages to run the gamut from academia to celebrations from the likes of Asif Kapadia and The Brothers Quay who talk about some of their favourite closing scenes. It’s this eclectic nature of both writing styles and design (the book is excellently laid out with some nicely illustrated pieces and a lovely end essay/poem dedicated to Bill Morrison’s Decasia) that make it such a fun and worthwhile. Passionate yet informed about cinema, it makes one hope that The End does not live up to its name and that another volume is one the way.

The End: An Electric Sheep Anthology is published by Strange Attractor Press and is available at http://strangeattractor.co.uk/shoppe/the-end/