Ever and ever, forever and Evia 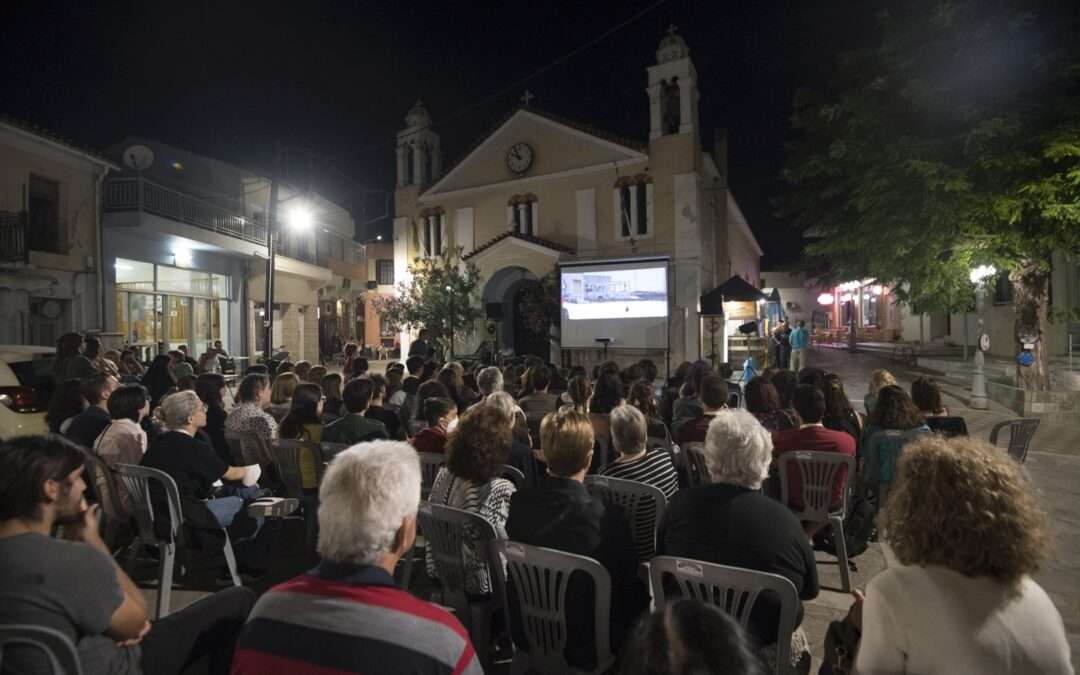 Among Greek islands, Evia is second in size only to Crete, more than double the size of the next largest, Lesbos, and nearly triple the size of the fourth-largest, Rhodes. But while everybody knows at least a thing or two about Crete, Lesbos and Rhodes, who beyond Greece has even heard of Evia?

Even on a map, Evia—despite its 200,000 or so permanent residents occupying a land bigger than Cornwall—somehow achieves a weird kind of invisibility. Almost its entire length lies so close to the mainland, Attica, that it only reveals its isolated nature via close inspection. Indeed, Evia’s proximity to and ease of access from Athens has long made it a popular weekend destination for those keen to escape the capital’s smoggy intensity. These factors also perhaps helped persuade Ruben Östlund to film much of this year’s Palme d’Or winner Triangle of Sadness on the island’s rugged, verdantly hilly southern shores.

A year ago Evia (the Greek Εύβοια is also often rendered into English as Evvia, Evoia and Euboea; Victorians called it Negroponte) did make international headlines, but for most unfortunate reasons. In August 2021 much of the northern third was ravaged by catastrophic wildfires which destroyed 126,000 acres (51,000 hectares) of forest and dealt a heavy blow to this tourism-dependent area only just emerging from the Covid pandemic.

The days when the hot spring-waters of northern Evia’s main port Edipsos (sometimes dubbed the world’s oldest tourist-destination) attracted the likes of Jackie Onassis and Maria Callas are long gone, almost certainly never to return. In the 1950s and 1960s Edipsos was a glamorous location, boasting a casino, two cinemas and numerous nightclubs. Now it is a sleepy sort of spot; the former landmark spa-building on a sea-surveying hilltop is little more than a ruin, the tourist population arriving several times each day via ferry from Arkitsa tends to skew relatively elderly.

For a few days this June, however, Edipsos once again became a focus of international cultural interest thanks to the five-day Evia Film Project, an initiative of the long-running Thessaloniki Film Festival. In the words of the organisers, this was intended as “an innovative developmental environment-oriented program aiming to culturally reboot Evia… The main goal… is to function as a think tank, aiming to raise awareness for the calamitous effects of environmental destruction and climate change. In addition, it will serve as a jumping-off point for the rebirth of a tortured and scarred region, triggering the restart of local societyt both on a symbolic and a practical level.”

What took place was thus not quite a film festival in the tradition sense. The same can indeed be said of the “Temenos,” a quadrennial 16mm screening of experimental films by the late Greek-American cinema-poet Gregory Markopoulous in a rural location in the middle of Crete, whose 5th edition took place from 9th to 19th June and thus coincidentally (one presumes) overlapped with the inaugural Evia Film Project.

While the Temenos is by its nature an exclusive affair chiefly oriented towards cinephiles of the most rarefied sort, Evia 2022 was a sort of symposium aimed chiefly at invited international press and industry guests—built around green-oriented discussions and presentations plus project-pitching sessions (with projects and works -in-progress competing for separate €4000 prizes)

A small selection of films were, however, shown every night—laid-back soirées primarily aimed at the general public. All were free and took place in outdoor locations; the opening and closing pictures played at long-defunct Apollon cinema right on the promenade in Edipsos. The final night featured the event’s VIP guest in the avuncular form of Schlöndorff—a leading light of New German Cinema who won both the Palme d’Or at Cannes and the “foreign language” Oscar for 1979’s The Tin Drum — presenting his new ecologically-themed documentary The Forest Maker.

The other main location was some 20 miles along the coast from Edipsos at another former picturehouse in the fishing village of Limni—the rooftop “summer cinema” of which became the unofficial home of Evia Film Project’s archival screenings. A dusty, empty plastic Twentieth Century Fox 35mm-can on the projection booth’s floor bore a label for 1994 comedy romp Baby’s Day Out, presumably the “last picture show” of the cinema’s conventional commercial operation.

More than a quarter of a century later, the rooftop cinema’s whitewashed concrete screen displayed two examples of Hollywood’s early-70s boom in sci-fi dystopias: Richard Fleischer’s Soylent Green (1973) and Douglas Trumbull’s Silent Running (1972); experiencing the latter, which plays out entirely on spacecraft, under starry night skies was a particularly striking experience. The real Limni spectacular, however, was a much less well-known work from the same period: Sakis Maniatis and Yorgos Tsemberopoulos’s landmark 1974 agit-prop documentary Megara—one of the first Greek films to be released after the end of military rule in 1973—with both of the now-septuagenarian directors gregariously present.

The following night, Inland and uphill at Agia Anna—a small town right in the middle of the most severely fire-affected area—a temporary screen was erected for a Friday evening session of three recent short films on ecological themes: Nuisance Bear by Gabriela Osio Vanden and Jack Weisman, Dream Land by Laila Pakalniņa and Time and Tide by Marleen van der Werf.

The Agia Anna event proved an atmospheric highlight of my five-night stay on Evia. Mainly intended for local audiences, the shorts programme did not feature on the international guests’ itineraries, so I had to request special transportation to get me there and back. On the way my driver Spiros—a burly and chatty 28-year-old biochemist who left his native Evia to work in Antwerp and had only recently returned in search of work closer to home—filled me in on the area’s history, its recent woes, and Greece’s well-chronicled socio-economic turbulences during the current century.

Spiros had not been to Agia Anna since the fires and said he was interested to see the town, which he heard had been completely destroyed and then totally rebuilt following the devastation. When we arrived in Agia Anna, however, it seemed Spiros had been somewhat misinformed: while the surrounding fire-ravaged forests do exude a starkly apocalyptic feel, Agia Anna itself now shows little sign of any mishaps at all.

It is a compact little place place, with narrow streets tangling away from the main square where the screen and projector were being installed as I arrived just before 9pm. With half an hour to go before the screening’s allotted hour (and aware that schedules in Greece are only ever a very loose guide) I wandered a few yards off the square and had dinner at an outside table of a humble-looking taverna. Given the Anthony-Bourdain-esque location, it’s perhaps unsurprising to report that this proved the best meal I had in Evia: just a simple souvlaki dish of pork on skewers, but with first-rate meat augmented with seasoning and herbs and washed down with a small bottle of the clear brandy tsípouro.

I headed back to the square and took my place on one of the plastic seats arranged in front of the screen, the latter positioned in front of a wide-fronted church. Only a few of the seats were occupied (mainly by elderly ladies) but on this warmish night—after a scorching day—the actual “turn-out” was already pretty impressive. The square had half a dozen small bars and restaurants, all with outdoor tables, all of those tables occupied by diners and drinkers who were keeping at least one eye on the screen as the church clock crept towards 10pm.

Just after the (unchimed) hour, with darkness now having fallen on Agia Anna, the show began—sans preamble. The lively, noisy setting was perhaps not ideal for three films notable for their gentle pace and quiet volume, and the shorts only intermittently engaged the attention of Agia Anna’s younger denizens, who would quit their seats every few minutes and scamper squealingly around amid the impassive indulgence of their more senior neighbours.

But there was a sense that most of those present were mostly focussed on the films: Nuisance Bear observing the uneasy interactions between humans and polar bears in the snowy wilds of Churchill, Manitoba; Dream Land a quirky study of how fauna flourishes in the unpropitious surroundings of a large peri-urban waste-dump in Latvia; Time and Tide a semi-Attenborough-ish inspection of insects and birds inhabiting a windy coastline in the Netherlands. For one night only the world came to Agia Anna—did it ever have a cinema before? —and the warm applause at the end of each film seemed to carry within it an unspoken hope that film may, in some form or other, return to this remote and cloistered location. Perhaps at the second Evia Film Project; same time next year.