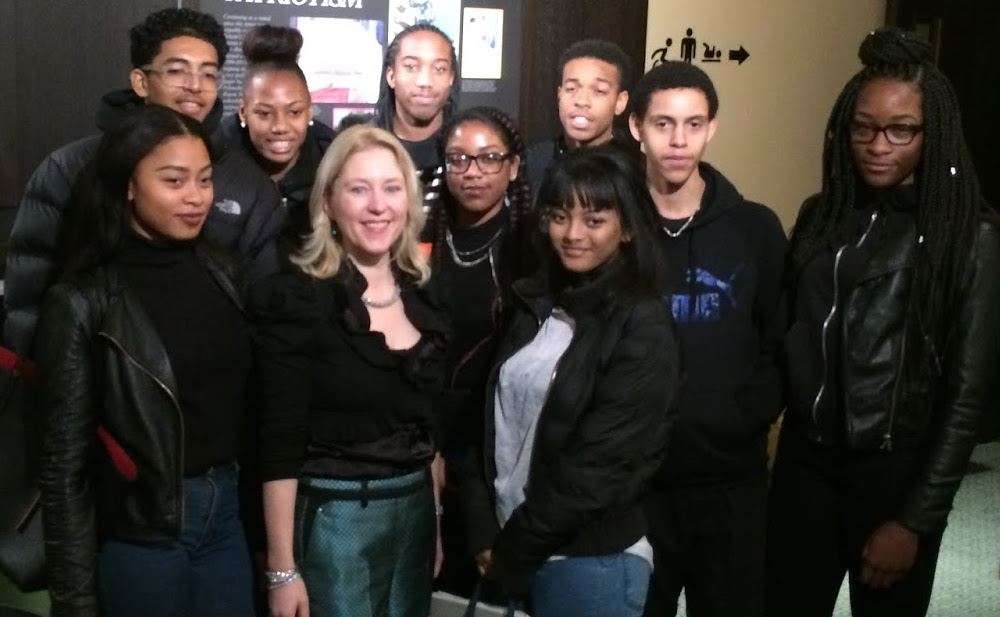 Critics participate at Into Film festival

Talking to students is always a rewarding experience, and it feels increasingly important to pass on our advice in an ever-complex marketplace. So I’m pleased to confirm that members of the Film Section will once again be supporting the Into Film Festival, which each year draws thousands of children, teens and teachers to workshops, screenings and Q&As around the UK. Members of the Circle will be speaking to groups about their jobs as film critics, advising them on routes into journalism and no doubt sharing a few colourful celebrity stories.

This year’s programme will address the importance of diversity, a subject we often discuss in the film section, aware of a need for greater diversity in our own ranks. I was delighted to meet the group (pictured) who attended my talk at the Regent Street Cinema last year: clearly the argument that most aspiring film critics are white males has no weight these days, if it ever did.

Of course, if film critics are going to have a future, then interest in film itself must continue to flourish, so it’s hugely encouraging to read the statistics from Into Film’s survey of teachers who attended last year. A whopping 83% said the festival had made them more likely to use film or cinema visits to support the curriculum.

So if you know a school or college who could benefit from free screenings and inspiring talks, do point them to the Into Film website – and we look forward to meeting more future films critics in November.

The Into Film Festival 2016 will take place from 9th-25th November.  Bookings will go live exclusively for Into Film Club leaders on Monday 5 September, with leaders able to log in and enjoy priority booking for Festival screenings and events one day ahead of everyone else. Bookings for all other educators will go live Tuesday 6 September. All events and screenings are free. For information visit www.intofilm.org/festival