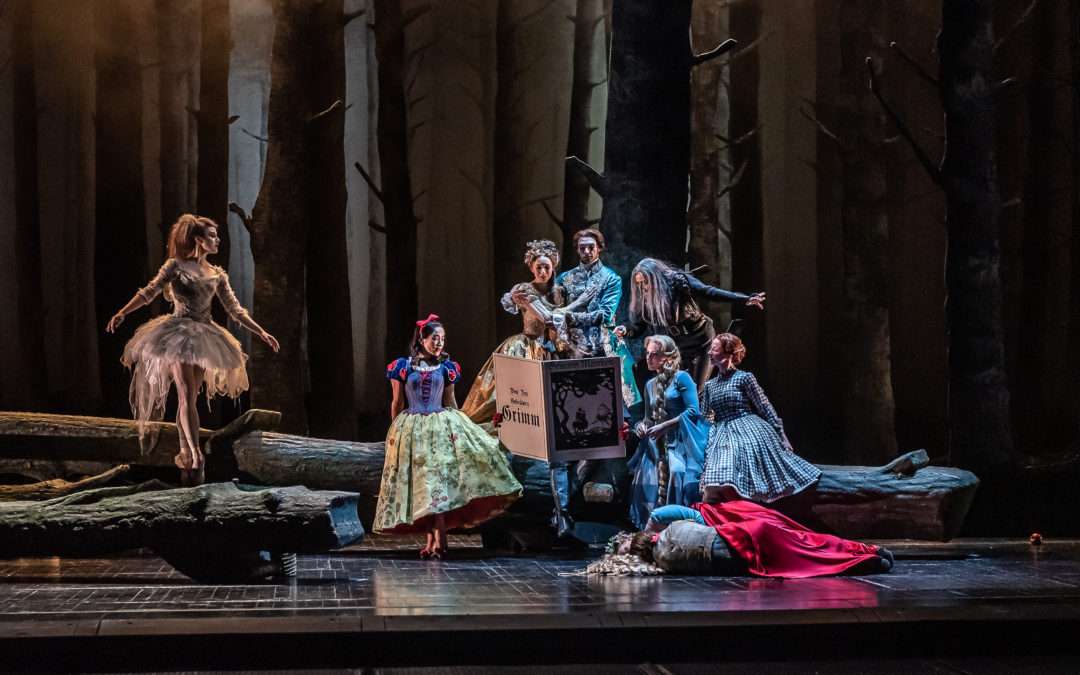 The Royal Opera’s brief to director Antony McDonald was simple: create a production of Humperdinck’s Hansel and Gretel that does for Christmas opera what The Nutcracker does for ballet. His answer is picture-postcard pretty – a nineteenth-century, Black Forest fantasy complete with a light dusting of icing sugar snow and an actual cherry on top. It’s charming, family-friendly fare that finds a careful balance somewhere between toothsome and toothless.

McDonald’s designs transform the Royal Opera House stage into a period storybook. Breaking the frame is a cuckoo clock (its clockwork occupant joining in with its orchestral cousins at the relevant moment) that sets the tone for the just-kitsch-enough action that plays out within. A wooden chalet – first warm and cluttered, then bare and cold – houses a happy family that has fallen on hard times. But while the cupboards may be bare and the mother cross, Gretel’s plaits are neat and blonde and her pinafore so insistently bright and clean that we’re in no doubt that the hardship is only a temporary glitch on the way to happily ever after. 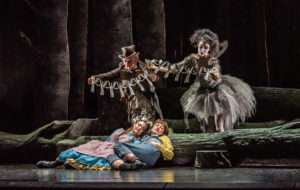 The fantasy really takes off in Act II. McDonald’s forest is more Grimm than grim, busy with animals and fairytale characters. Gentle suggestions of menace are quickly overwhelmed by delight, as the angel pantomime brings together more princesses than a Disney reunion. But if there’s a sense that the production is building to a visual coup de theatre in Act III’s gingerbread house then it’s fulfilled rather unexpectedly.

The Bates Motel gets a Bavarian makeover here with a royal icing porch, suspiciously jammy ooze at the windows and a giant knife sticking out of the roof. Children won’t get it, of course, so is the joke a knowing nod and a wink to their parents? Whatever the reasoning, it introduces a false note into proceedings, hinting at a threat that certainly never materialises in Gerhard Siegel’s genial Witch.

Perhaps the jarring note will be more easily absorbed in a later run once the orchestra is allowed to paint Humperdinck’s scene with greater tenderness and care. Under Sebastian Weigle even the ravishing Overture is lumpy and under-phrased, and there’s altogether too much Wagner for comfort in the heavy-footed account that follows. 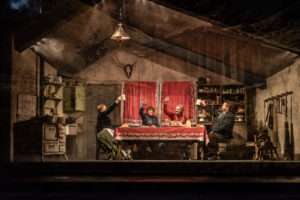 The cast are better. Michaela Schuster and Eddie Wade (a valiant last-minute stand-in for an indisposed James Rutherford) are rich-voiced parents, even if this sanitised production gives allows them little intrigue or complexity. Hanna Hipp is an energetic, rough-and-tumble Hansel, all knees, elbows and pre-pubescent awkwardness, but belongs in a different duo to Jennifer Davis’s Gretel, whose vocal maturity sits uncomfortably alongside her girlish demeanour.

Christina Gansch is a luxurious Dew Fairy, and Haegee Lee sprinkles plenty of magic as the little Sandman. Only Gerhard Siegel’s cross-cast Witch can’t quite find his footing – caught between pantomime dame and camp arch-villain, character singing and full-voiced delivery.

There are dark swathes of Freudian suggestion left entirely unexplored, and it’s about as menacing as a gingerbread axe, but after some edgy Hansel and Gretels in the recent past it feels like the Royal Opera have finally found a solid family hit. It’ll sit a bit heavy on the stomach for some – over-sweetened and under-proved – but it’s good nourishing stuff on which to start the next generation of opera-goers.