From the House of the Dead, Royal Opera House 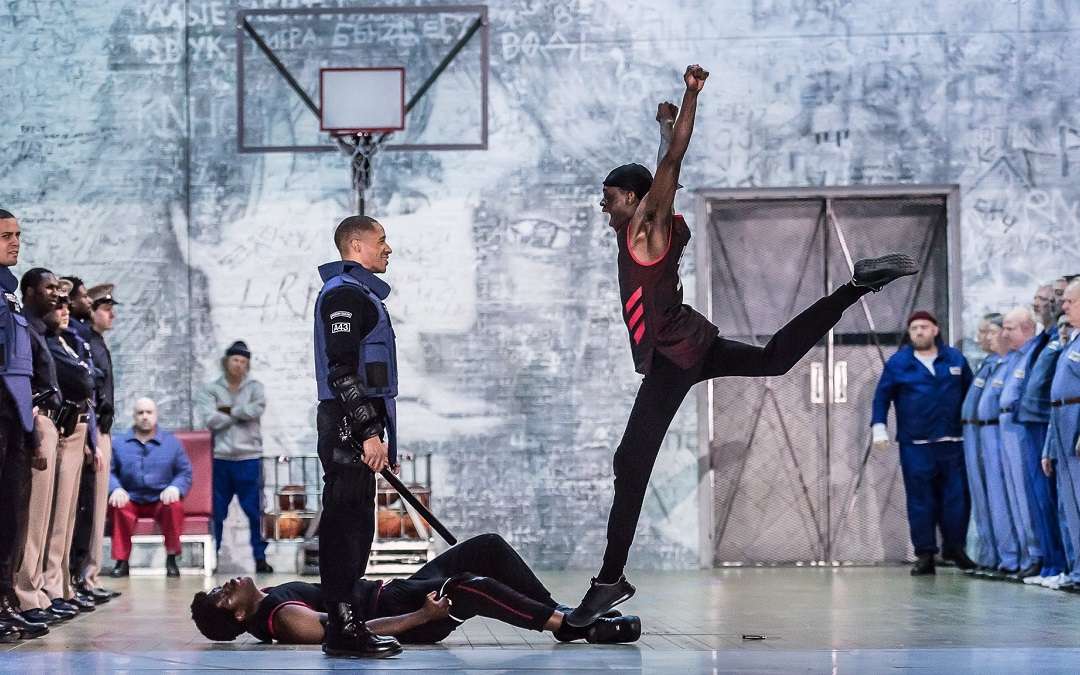 The Royal Opera House has taken a long time catching up with Janáček, whose Dostoevsky-based From the House of Dead, his final work for the theatre unseen at his death, is only just getting its first Covent Garden airing in a revised and musicologically purified version using John Tyrrell’s new critical edition published last year. Maybe it seemed a good idea also to leap on the bandwagon rolling from Munich of the successful and distinctive Polish director Krzysztof Warlikowski, whose recent Frau ohne Schatten and Die Gezeichneten for the Bavarian State Opera were both very well directed and visually striking (thanks to his long-term designer Malgorzata Szczesniak). But sadly something has gone a bit wrong with what should have been a bit of a theatrical landmark for the Royal Opera, in that as well as Mark Wigglesworth’s conducting bashing on too consistently relentless, Warlikowski has indulged his imagination with a hyperactive and inadequately focused staging that misses the heart in music and text by frankly showing off excessive self-conscious detail. Look what we can do! And, indeed, how well the cast of British and some foreign talents fulfilled his wishes.

But oh for simplicity and directness, and the unerring instinct for economy and expressive memorability that makes the composer himself such a genius – exploring the insides of the pained circumstances he reveals (invariably and potently) in his great intense precise personally imagined miniatures.

Nine years ago both Calixto Bieito and Barrie Kosky responded with precision and characteristic genius to this opera in a pair of memorably precise unerring stagings in Basel and Hanover. Warlikowski’s approach had some similar elements. In all three cases the prison we saw was contemporary. Now, some critics want their House of the Dead to be more period Russian, not that that would mean much to us in Britain. When Janáček was composing in 1927/8, right ahead lay the brutality of German concentration camp mass murder. Warlikowski’s prison is more American than European, though not like Paul Newman’s sentimental-feeling Cool Hand Luke. Kosky and Bieito also pulled few punches. But they gave a sense of who was who and why, which tended to escape Warlikowski with his cast of many extras and much action. What we got was a sort of painting by numbers about what we saw and no clarity about how it all added up in real terms for genuine prisoners. Schreker’s Gezeichneten and Strauss’s Frau don’t equate to realism which may be what Warlikowski was mainly neglecting – in other words what we saw was pretty generalised and not cohesive about these men forced together by an inhuman regime. After all what Janáček wants us to feel is what it is like to be these men, to have their lives with scraps only of liberty, and not merely our kneejerk automatic lib-left disapproval of prison cruelty.

Nothing wrong with the casting: Ladislav Elgr and Stefan Margita as Skuratov and Luka launched us well into the material. Pascal Charbonneau was outstanding as Aljeja, and Johan Reuter powerful as Siskov. Contributions by Graham Clark, Jeffrey Lloyd-Roberts, Peter Hoare and John Graham-Hall impressed. But the set was too big and extravagant and for the purpose effectively dysfunctional. Less could have meant so much more.