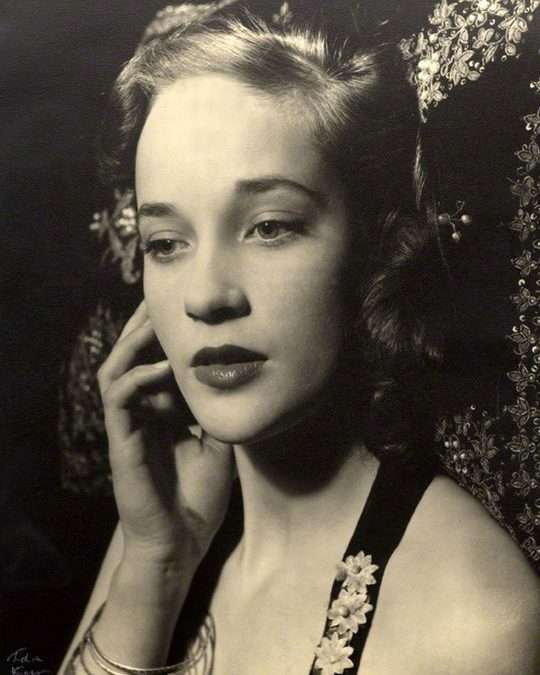 Alongside the Hoppe Exhibition the National Portrait Gallery has an exhibition of photographs by Ida Kar taken during the forties and sixties. She never became a household name and her work remained at the Camera Press Agency until it was acquired in 1999 by the Gallery. It makes a splendid complementary exhibition to view after the Hoppe. Kar photographed painters and writers including Braque, Riley, Moore, Sartre and Murdoch, as well as young actors and one of the most beautiful of her portraits is that of the 19 year old Sylvia Syms taken when she was a student at the Royal Academy of Dramatic Art. Shortly after she made her film debut in the 1956 drama, My Teenage Daughter, which starred Anna Neagle was became affectionately know as My Stoneage Mother, Dame Anne having been by then around for a very long time. According to Syms she was very kind to her during the filming. In the story the wayward daughter meets an unsuitable young man and ends up in court.