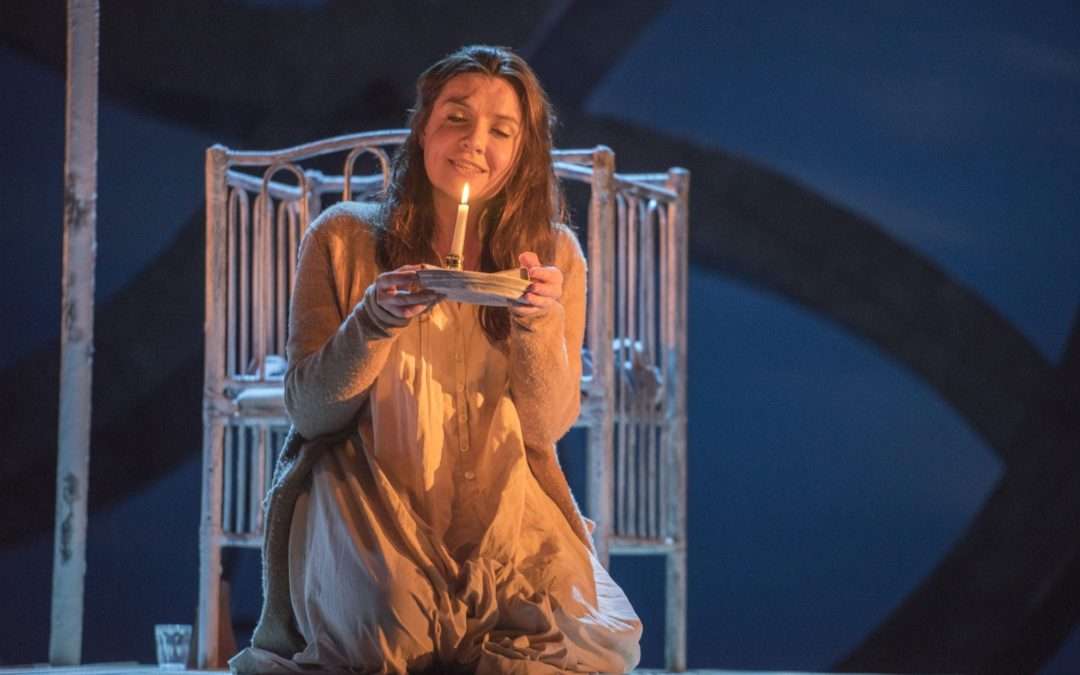 It’s tempting to see Janáček’s Jenůfa as a gentle, kind-hearted soul loved by all who know her, a simple village girl whose life is ruined when her dashing cousin Števa impregnates and ducks out of marrying her.

But Lee Bisset’s assumption of the role makes much more of her than a mere victim. In addition to a formidable vocal technique capable of a huge range of dynamic shading she is also a brilliant actress, body-language and facial expressions conveying a kaleidoscope of emotional reactions, as a character who in fact has the strength to take charge of events and ultimately console those around her in turmoil.

Jenůfa is the second Janáček heroine Bisset has sung in Longborough’s jewel of a theatre, while this is the third of his operas here. All have been directed and designed by Richard Studer with Jonathan Lyness conducting, and all have been remarkable for the uncluttered simplicity of their presentation, the soundness of their casting, and the profound intelligence as well as fervour of their musical delivery.

The Longborough Festival Orchestra unleashes Janáček’s score (in Tony Burke’s deftly reduced orchestration) with a colourful depth of tone; the contribution of the chorus amounts to far more than the sum of its parts, and diction of the English translation by Otakar Kraus and Edward Downes is for the most part clear except when Janáček’s often repetitive phrases have to be hurled out at full volume.

Alongside Bisset’s triumph we can set Gaynor Keeble’s Kostelnička, a more sympathetic rounding of this stepmother than I have ever encountered, where a grimly formidable presence gradually dissolves into love and remorse for the enormity of her crime in murdering Jenůfa’s troublesome, illegitimate infant.

Andrew Rees was an effectively Jack-the-Lad Števa and Daniel Norman grew in stature as Laca – the brooding love-rival of Števa, slashing Jenůfa’s face in jealousy, transforming into a genuinely noble person who begs to devote his life to  her.

Studer and Lyness leave us with a doubt. As Jenůfa and Laca settle on a future together, Janáček ends his opera in a blaze of affirmation. But the stage-picture of the pair, and the fading of the light into total darkness, leaves us wondering if there can be any hope for them.