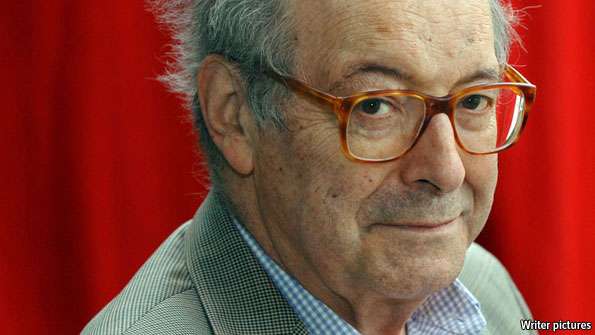 It was always hard to find anyone with a bad word to say about John Gross, who died on January 10 at the age of 75. How could anybody with his extensive knowledge and intellectual distinction – the Spectator called him “the best-read man in Britain” – be so unpretentiously agreeable? I remember teasing him by suggesting he put on a T-shirt embossed with a remark by Bernard Levin, that he was the nicest man in England. He responded with an aghast grin and a sort of bashful burble, as of a telephone scrambler in deep distress. I didn’t remind him of the celebrated remark, I forget by whom, that there must be a man living in London called John Gross-Brilliant, because so many people added that adjective to his surname. But he would have reacted as diffidently, because he was intelligent enough to know the limitations of the mind – and, in and out of print, wore his knowledge with a lightness that remains an example to us all.

That was just one of qualities he brought to the Sunday Telegraph as its theatre critic from 1989 to 2005. To look through the reviews he wrote in an exemplary year, 2002, is to be deeply impressed by his wise and temperate judgements, his willingness to give performers and productions the benefit of whatever doubts he felt he had to express and, above all, his openness to the sort of experience you might not expect a former don at King’s, Cambridge, and editor of the TLS to appreciate. Here he is, praising the clever gadgetry, design and “exuberant choreography” of Chitty Chitty Bang Bang and, despite finding the plot of We Will Rock You as silly, as it was and is, doing the same for the show’s songs and performances.

He was a generous critic, who recognized that the theatre has many mansions and many different inhabitants and visitors, but he wasn’t a pushover. He disliked pretentious direction and, especially, the sort of gratuitous ugliness he found in Neil LaBute’s Distance from Here: “it proceeds on the principle that the quickest way to be taken seriously in the contemporary theatre is to make things nasty”. He could be sharp, calling Glenn Close’s Blanche DuBois in Tennessee Williams’s A Streetcar Named Desire “about as fragile as Donald Rumsfield”. But he also acknowledged that Close was a “strong, highly proficient actress”. If there was a positive qualification to be made he made it, lauding Douglas Hodge’s “powerful” Leontes in A Winter’s Tale he thought crassly “Americanised” and Gwyneth Paltrow’s “magnificent” acting in David Auburn’s Proof, a play he found shallow and implausible. And when he praised he really praised: the “brilliance” of Jochum Ten Haaf’s Van Gogh in Nicholas Wright’s Vincent in Brixton; the “tremendous experience” of a hilarious Tartuffe at the National; the “wit, pathos, full-blooded displays of character and challenging confrontations” of Tom Stoppard’s Coast of Utopia; even Ed Hall’s War of the Roses, an updated and pretty potted version of the Henry VI plays which made him feel “the full horror of the events being portrayed”.

Myself, I knew John pretty well. He’d been my arts editor at the New Statesman and, though he went into appalled telephone scrambler mode when I told him so, the best I’ve had anywhere: acute, thoughtful, considerate, punctilious. He’d worked as a senior books editor and reviewer on the New York Times when I was its Sunday theatre critic and, everyone said, brought fresh depth and elegance to his section. But he always had his mischievous, gossipy, wryly funny side. The news raced through the Times’s office and into the chattering frogpond of Manhattan that he had called the paper’s top editors “sentimental gangsters” in a loud voice in Sardi’s. Coward that I am, I got a bit worried, since Sardi’s was and is very much a theatre restaurant and John’s voice was as British as mine. Would the great Abe Rosenthal, who took no prisoners, call me in and ask why I thought he was a mawkish Mafioso? But there was no trouble for me or, indeed, John.

I’ll miss John at others’ lunch tables and my own dinner table but, above all, in the theatre. We often chatted in intervals, me pompously asking if we’d studied William Empson or FR Leavis in order to review some dismal musical, him twinkling and chuckling but refusing to be categorized as Mr Superintellectual. He had written important books – The Rise and Fall of the Man of Letters and, quietly drawing on his feelings as a Jew as well as on theatrical history, Shylock: 400 Years in the Life of a Legend – but many of us will remember him as a large-hearted, delightful man.