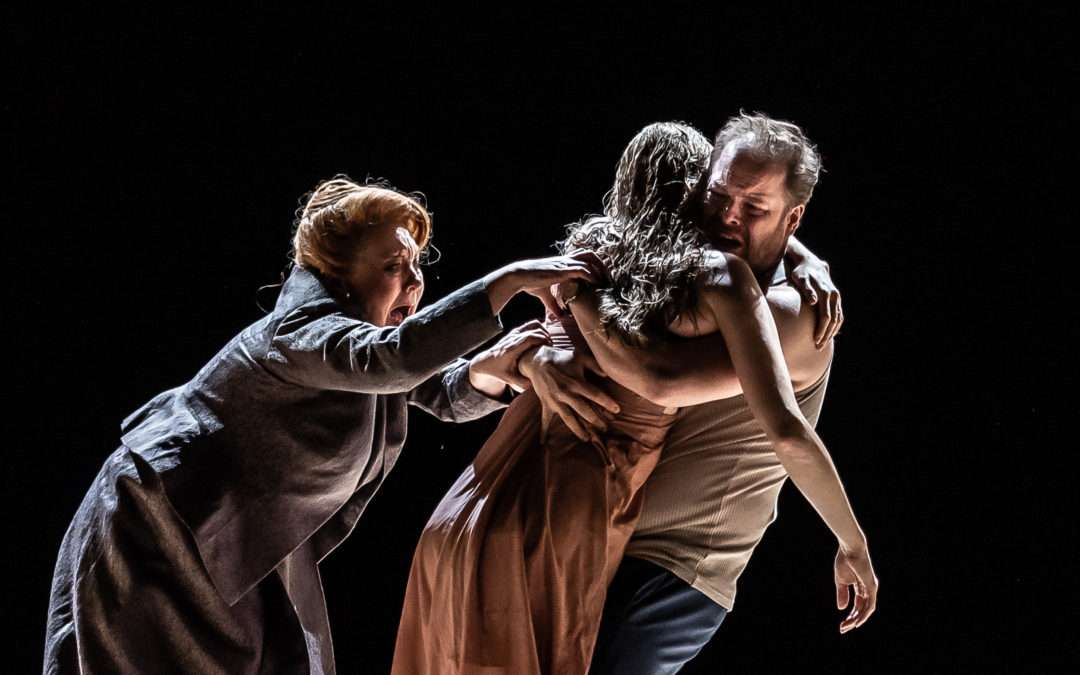 Leos Janacek’s Kat’a Kabanova, premiered in Brno in 1921, is a brooding piece about adultery and death framed in a plot of older people tyrannising younger ones. Kat’a (normally rendered as Katya), sung by Amanda Majeski, and her husband Tikhon (Andrew Staples) are both bullied by his mother Kabanikha (Susan Bickley). Boris (Pavel Cernoch), Katya’s eventual lover, is pushed around by his uncle Dikoy (Clive Bayley). And individuals are dominated by the community, which is conservative and hostile to change, individuality and rule-breaking. One favourite escape route is alcohol. Another, as in Chekhov’s Three Sisters, is to move to Moscow.

In this rigid, suspicious community, Katya is ill at ease. She discusses her youthful dreams of marrying for love (the fire curtain carries a framed photograph of Katya as a girl), recalling discussions in Eugene Onegin. Majeski’s is a performance the audience can’t take their eyes and ears off. She doesn’t just sing the role wonderfully, she fully embodies its visions of flying and its experience of entrapment.

Staples has a thankless task of being a husband devoted to an erring wife and a son devoted to a domineering mother. It’s an undignified role and he does it very well.

Bickley’s matriarchal tyrant is excellent. A wonderful anti-heroine, she is aggressively outspoken, her bustling about the stage a mother-in-law joke remade as horror movie. The duets Majeski sings with Bickley and with Emily Edmonds’s Varvara are the high points of the evening. When the eponymous heroine dies, it is not least Bickley who ensures that the show doesn’t lose focus and the audience’s involvement isn’t dissipated.

In Richard Jones’s staging, Anthony McDonald’s set is often no more than an empty beige box. Hopper-style set-pieces drop from the flies and are rotated: a bus-shelter, and a bay-windowed house seen from within and without. These dramatise the situation of the heroine as an inversion of Cary Grant’s in Rear Window, with everyone staring at her.

The chorus intermittently rushes around like Dante’s Futile, busy and in a hurry. This may misrepresent torpid provincial Russia at the time of the original Ostrovsky play, but it is a pretty fair interpretation of part of the music’s disturbed churning programme, combining the river’s cross-currents and the heroine’s emotional turmoil. The orchestra under Edward Gardner, in his Covent Garden main-stage debut, clearly relish the score’s riches.

Katya experiences guilt in a society based on shame. At the end, she wants to confess and expiate her guilt. The community is more concerned simply to maintain order and doesn’t welcome the confession. Where her husband has turned to drink, and Varvara and Vanya (Andrew Tortise) are heading for Moscow, Katya finds a third exit in the form of suicide, not like Anna Karenina at a railway station but in the Volga, whose beauty was the subject of the opening scene.