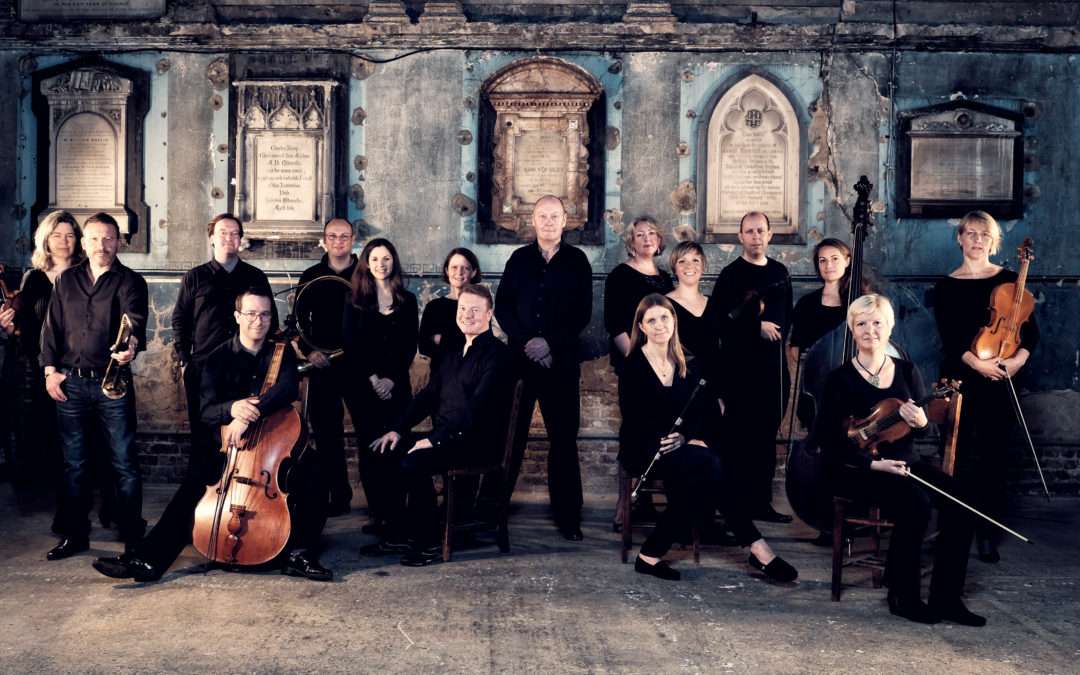 Paul McCreesh and the Gabrieli Consort

Who will write the King Arthur for another fractured age? Purcell’s sweet pageant is unlikely to serve as a rallying point, I fear. But that’s surely what it was in 1691, as England and Britain began a long climb out of a half-century of very Europe-related strife. (That climb lasted a good few decades: the countries were really only healed and united by economic boom, a series of fun military defeats of the French, and the nascent empire of the early 18th century).

The message of Purcell’s end-of-act masques, pegged onto John Dryden’s play, was “Only love can save us”, still a cute slogan. Paul McCreesh tried to whip up limited political fervour with a bit of flag-waving (yes yes, that blue rag too) during the romp of ‘Your hay it is mowed’, but it was the nostalgic romanticism of the piece that headlined: ‘How blest are shepherds’, ‘Fairest Isle’, ‘Two daughters’… The music of King Arthur, it turns out, is all about reconciliation (of tribes and sexes), a very obvious metaphor for the civil and political strife of the 17th century.

McCreesh, and his Gabrieli Consort, whose search for ever more recherché forms of “authenticity” is a pleasantly mad outpost of the shadowy world of “historically informed performance”, dispensed with continuo for much of the music and gave us some French-inspired 17th-century bowholds for the fiddlers. Certainly that cleared up the textures of Purcell’s harmonies, but it took a while for the ear to accept these thinner sounds – not so much roistering Saxons inviting us to a rout at Woden’s Hall as a mousy flyer for a Women’s Institute jam-sale therein. The instrumental music, some imported from other pieces, was delivered with gorgeous poise and silky textures: this was an evening of rounded corners, not the spiky snaps and dots you sometimes get.

Clarity was what McCreesh was delivering, along with a slight mannering that saw ‘How blest are shepherds’ whimsically sung by tenor James Way, to a wistful lute accompaniment. The centre of the piece is the Cold Genius episode, where love thaws the winter and brings the world together in amorous embrace – beautifully done with soft, restrained string chords, a palpable sense of pent-up anticipation, with baritone Ashley Riches just longing to have his icy heart melted.

With Anna Dennis, Mhairi Lawson and Rowan Pierce, the soprano music was always going to be the highlight, with pieces like ‘Two daughters of this aged stream’ dreamily intertwining its lines. The bouncily patriotic last act, in praise inter alia of British fishes, culminated in the lovely ‘Fairest Isle’, pitched very beautifully by Anna Dennis somewhere between elegy and threnody.