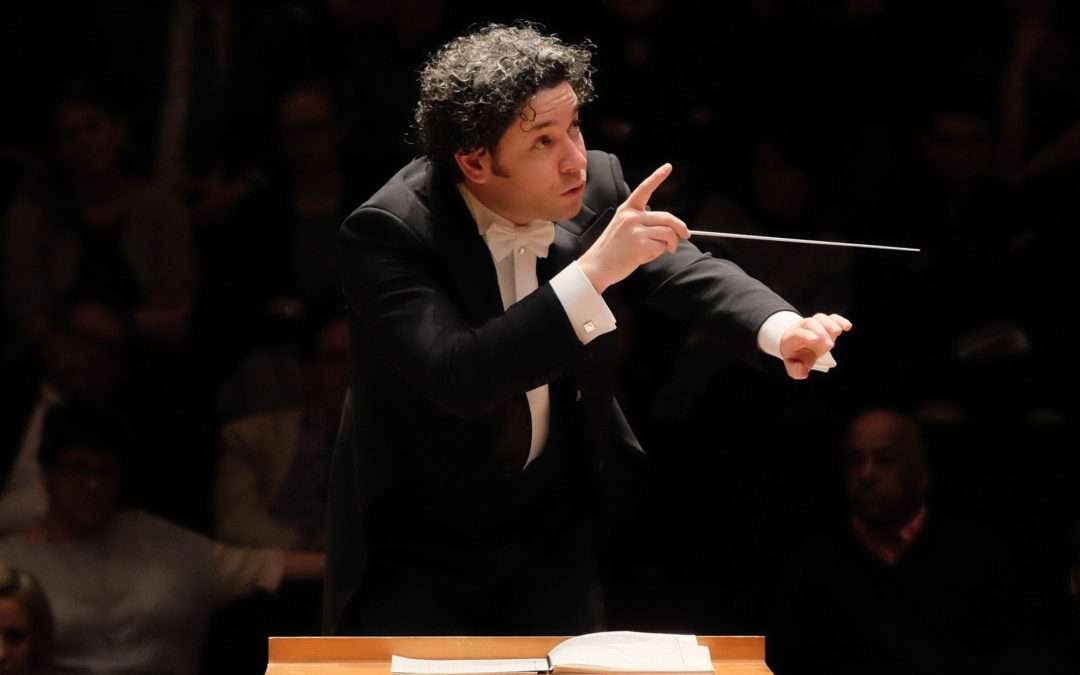 The Los Angeles Philharmonic capped its most recent visit to London with a Maundy Thursday performance of Gustav Mahler’s Third Symphony under their young Music Director Gustavo Dudamel. The honeymoon is over for the Venezuelan who was once, and is still, the absolute proof of the effectiveness of his country’s oil-funded Socialist music education project El Sistema. To produce top instrumentalists was one thing, but to create a charismatic world class conductor was the cherry. The Simon Bolivar Youth Orchestra was so good, it didn’t need concessions and dropped the Youth. Those are distant days. Now Dudamel leads one of the premier bands in North America. No concessions are made for him either.

He conducted the six movements from memory. Impressive. Yet a certain imprecision marked the earlier reaches of the mighty first movement, which Mahler described as ‘cut off’ from the other five. A couple of smudged horn entries and sections of the score which showed their marching, yearning or folkish character less abruptly than they might, meant that despite a sound of rich shades, heard most bleakly in the trombone’s first entry, the symphony truly found its rhythm only after the ‘break’. The awesome opening structure needs two scherzos as a counterweight, the first with pizzicato cellos and oboe theme surprising us with its novelty just when we thought the first movement had exhausted all possible combination. The other amuse-oreille quoted from one of Mahler’s Wunderhorn songs (the Lied des hohen Verstandes) and one heard with pleasure the bassoon imitating the donkey braying through the song contest in happy self-delusion .

The reference is a Mahler joke as now a real singer floated on in mezzo Tamara Mumford, who with her first words O Mensch! from Nietzsche’s Also sprach Zarathustra,  both warned humanity and soothed it by extending, just slightly, through a pout the soft end consonant. The orchestra played, but generated complete stillness and we were at the time-stood-still heart of the matter. Mumford’s low warning gib acht resonated from the human core, which instruments can only imitate. She made a slumbering gesture at ich schlief as if it were present not past and so missed the sense that what replaced oblivion is the unbearable daylight contemplation of the world’s grief. The poignancy and loss of youth rang in the bim bam chorus, provided with bell-like chest-tone by the boys’ choir of Tiffin School.  (Looks fee-paying but isn’t. Form a queue.)

The last movement is abstract, the solitary, immaculate posthorn making sense in melody unconfined by text, playing outside the hall slightly flat to a string accompaniment inside and expressing from its remote, invisible vantage what finite words cannot. Dudamel from shaky beginnings, elicited a performance which came close to capturing the emptiness and longing of eternity.