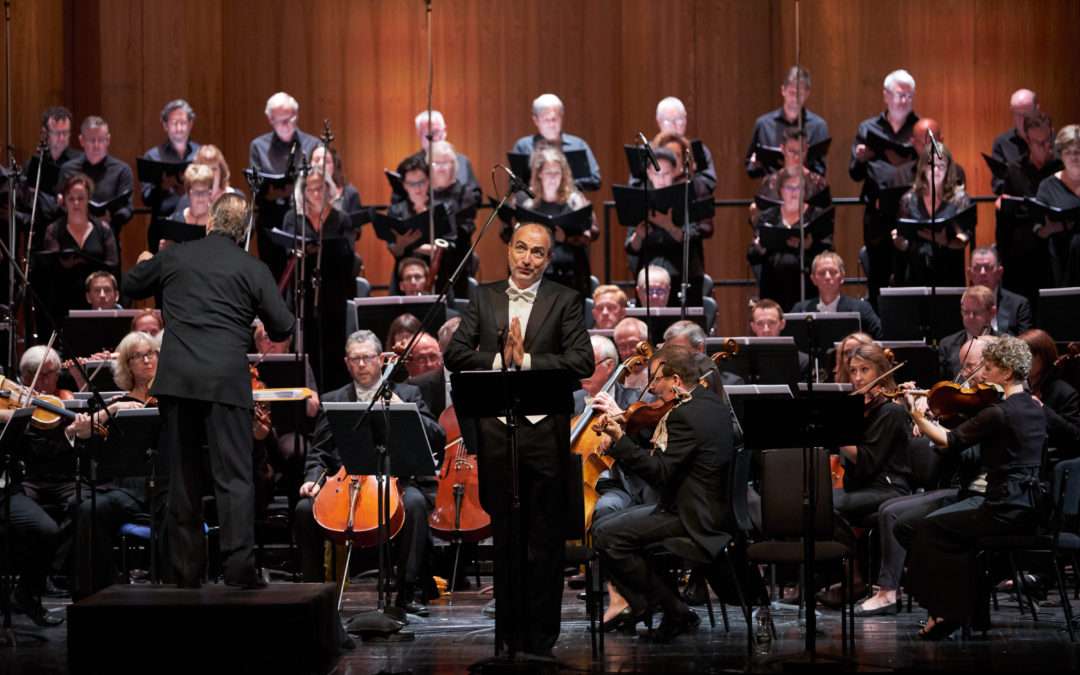 Donizetti would have been tickled pink to hear Sir Mark Elder and the orchestra of the Royal Opera giving the world premiere of his opera semiseria. Elder has spent years championing little-known bel canto works, recording nine of them for Opera Rara, and his feeling for Donizetti’s mercurial music was clear in the first of two concert performances at the Royal Opera House. Freed from the pit, the orchestra seemed to be enjoying the chance to let their hair down, with crystalline woodwind solos, tuneful horns and strings turning on a sixpence as the writing lurched from high tragedy to rumty-tumty comic choruses.

L’ange de Nisida was commissioned by the Théatre de la Renaissance in 1839 when Donizetti was establishing his reputation in Paris, but the theatre went bankrupt just before he finished it and he abandoned attempts to stage it elsewhere. Donizetti managed to rework roughly half the material into La favorite, minus the comic elements, and the unsorted remains ended up in the Bibiothèque nationale. In 2008 PhD student Candida Mantica started reconstructing them, using the original libretto by Royer and Vaez, and in 2014 Opera Rara commissioned a performing edition, overseen by Roger Parker.

So Mark Elder is the first conductor ever to perform this abandoned piece, and on the strength of this performance, L’ange de Nisida deserves a full staging. It has the verve, the melodies and the character of his big hits – the comedy contributions of the King’s chamberlain, Don Gaspar, are as good as any in La fille du régiment. French bass-baritone Laurent Naouri almost stole the show as the moustache-twirling villain – his fruity asides to the audience, accompanied by winks and hand gestures, drew us into his mad machinations. As for plot – the King of Naples has tricked a beautiful Spanish princess, Sylvia, into thinking she will be his wife, before installing her on an island off Naples as his mistress. Pure-voiced soprano Joyce El-Khoury lamented her fate, before falling in love with exiled soldier Leone de Casaldi, a weedy hero role elevated by ex-Jette Parker Young Artist David Junghoon Kim. His ardent, bright tenor was a good match for El-Khoury in their intimate duets. Unshowy Italian tenor Vito Priante sang the unlikeable King Ferdinand, forced to give up his mistress by The Monk, sung with fervour by Russian bass Evgeny Stavinsky, making his Royal Opera debut.

With such luxury casting, including lusty contributions from the chorus of the Royal Opera, Donizetti’s ensemble-writing sparkled. If only he had written a couple more arias for these excellent soloists. Perhaps in the future Ms Mantica will find some tucked under a Parisian floorboard?