At last, our first award… 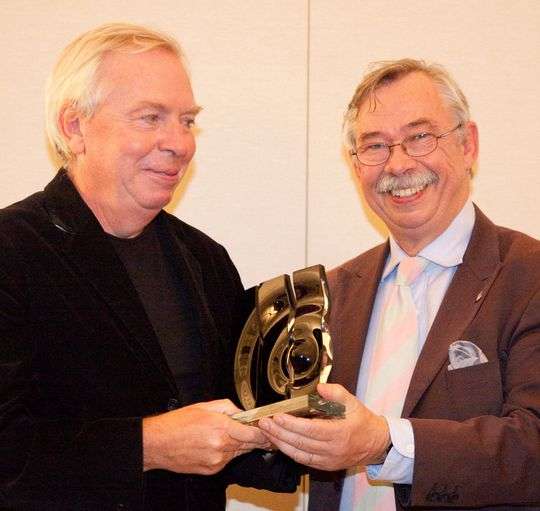 … and the winner is: an architect!

The Visual Arts and Architecture section will present its first ever annual award on September 16 at the Mall Galleries in central London, who are generously sponsoring the event.

The winner is the architect Sir David Chipperfield, nominated by Melanie Abrams and  chosen by an alternative vote system. Here she explakns why she put his name up:  “It was for his strategic contribution to the visual arts in 2011 through his architecture.  His Turner Contemporary in Margate and Hepworth Wakefield in Yorkshire are two of the three new art galleries which opened across Britain this year, creating new homes for visual art, expanding it outside London, broadening its audience and providing new opportunities to show how art can be a major contributor to local regeneration.

“These galleries are also a welcome UK return for Chipperfield – his last  building to open in England was in 1997 – who has enjoyed decades of stellar success abroad with buildings including the Neues Museum in Berlin, the Rockbund art museum in Shanghai as well as the City of Justice in Barcelona.”

His prize is a piece of table sculpture specially commissioned from the glass artist Liam Reeves.

The event is being generously sponsored by the Mall Galleries where the award will be presented on September 16.

Simon Tait, chairman of the Circle’s Visual Arts and Architecture Section, thanked the sponsors of the event, the Mall Galleries, in particular Lewis McNaught, the director, and gallery manager John Deston. He also paid tribute to the hard-working committee, Laura Gascoigne, David Buckman and Corinna Lotz, who have never flagged over the three years sicne the award was conceived.

It was something of a surprise to have an architect as the first winner, “but we couldn’t be more delighted,” he said. “David’s self-effacing yet innovative architecture in the two galleries opened this year, Turner Contemporary in Margate and Hepworth Wakefield in Yorkshire, has been devised to serve the art they show and the communities they serve, but at the same time they are clearly works of visual art themselves.”

On learning that he had won the award, Chipperfield said: “I am delighted to receive the inaugural Critics’ Circle Visual Art and Architecture Award in recognition of the work produced by the practice in what has been a remarkable year for us.”

This first presentation of the Visual Arts Award creates a full house for the five sections of the Critics Circle, which celebrates its centenary in 2013. Its Drama, Film and Dance Awards are long-standing, and this year has seen the first Critics Circle Music Award.