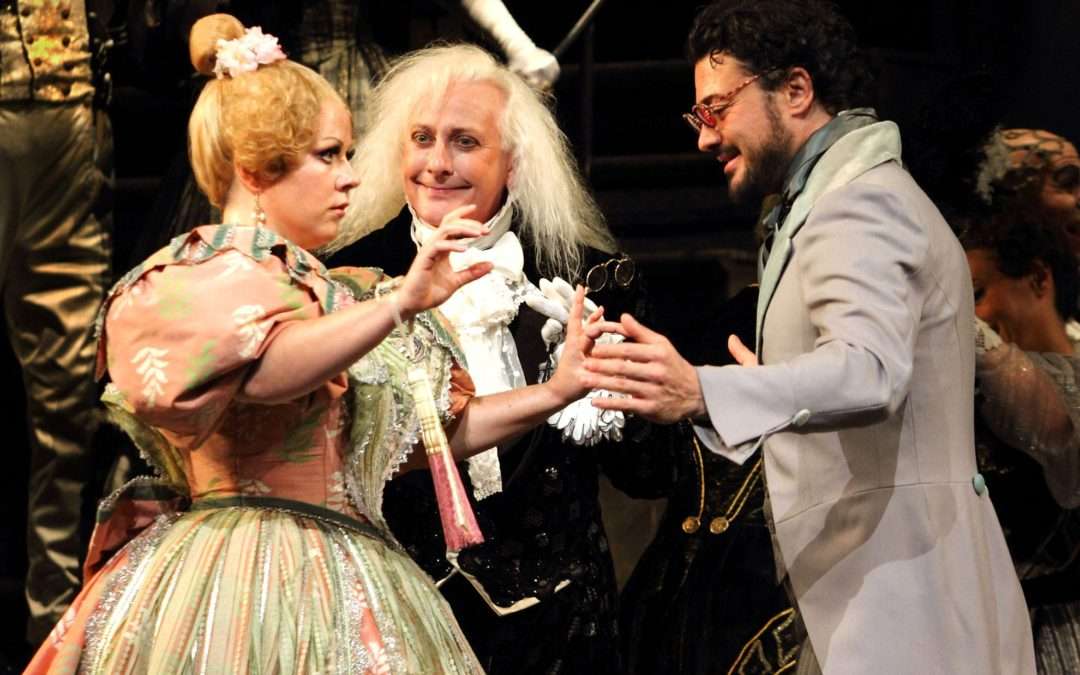 Goodbye to all that

It’s the final outing for John Schlesinger’s lavish 1980 production of Les contes d’Hoffmann, made for the Royal Opera on the centenary of Offenbach’s death. Like the other recently retired warhorse, John Copley’s La bohème, it’s a reminder of the huge, stage-filling architecture that directors favoured in the late 20th century (the show was designed with sumptuous fantasy by William Dudley and Maria Bjornson): staircases, galleries, painted flats and crowd-pleasing spectacles such as the gondola gliding across the stage. Schlesinger aimed to capture the epic nature of Hoffmann’s imaginary world, and when it works, as it does in the Venetian act – full of velvet, mirrors and masked misbehaviour – the audience is captivated. But the opening Prologue, set in a dreary, mud-coloured beer cellar with actors self-consciously posing with tankards, takes a while to get going in Daniel Dooner’s revival. Once the excellent male chorus arrives the pace quickens, and by the time Vittorio Grigolo staggers theatrically down the central staircase, the turgid tableau comes alive.

Grigolo’s Hoffmann is the heart of the opera, and this production matches his old-fashioned, sometimes histrionic performance. He may not have the sweetest tenor but what he has is boundless self-confidence: a powerful, flexible and durable voice that can soar to the rafters or drop to a honeyed whisper. He gets the blend of sentimentality and humour in Offenbach’s shaggy dog tale just right, while enjoying moments of grand opera that allow him to show off his heroic tendencies.

There are three delicious female roles, Olympia, Giulietta and Antonia, two sung by sopranos and one by mezzo Christine Rice, who brings warmth and sensuality to the role of Giulietta. As the doll Olympia Sofia Fomina has perfected her mechanical movements but not yet her mechanical accuracy, though the notes are all there. After Norma earlier this season, the Bulgarian soprano Sonya Yoncheva has to sing the rather thankless role of the dying Antonia, while looking peachy and healthy.

Hoffmann’s nemesis, appearing in the guise of Lindorf, Coppélius, Dapertutto and Dr Miracle, is the clean-cut American baritone Thomas Hampson. A succession of Halloween costumes and wigs can’t disguise the fact that Hampson doesn’t have truly Satanic bass notes, though he has perfected a hollow cackle. Like his fellow American Kate Lindsay, singing Hoffmann’s Muse and friend Niklausse, Hampson has a soft-grained timbre that can get lost in the mix of bigger voices.

Evelino Pidò is very much at home in the Italian and French repertoire and he conducts a lively, characterful account of Offenbach’s score, with outstanding contributions from woodwind and harp. The orchestra’s rapport with the singers will presumably improve as this big and elaborate production settles in for its swansong.