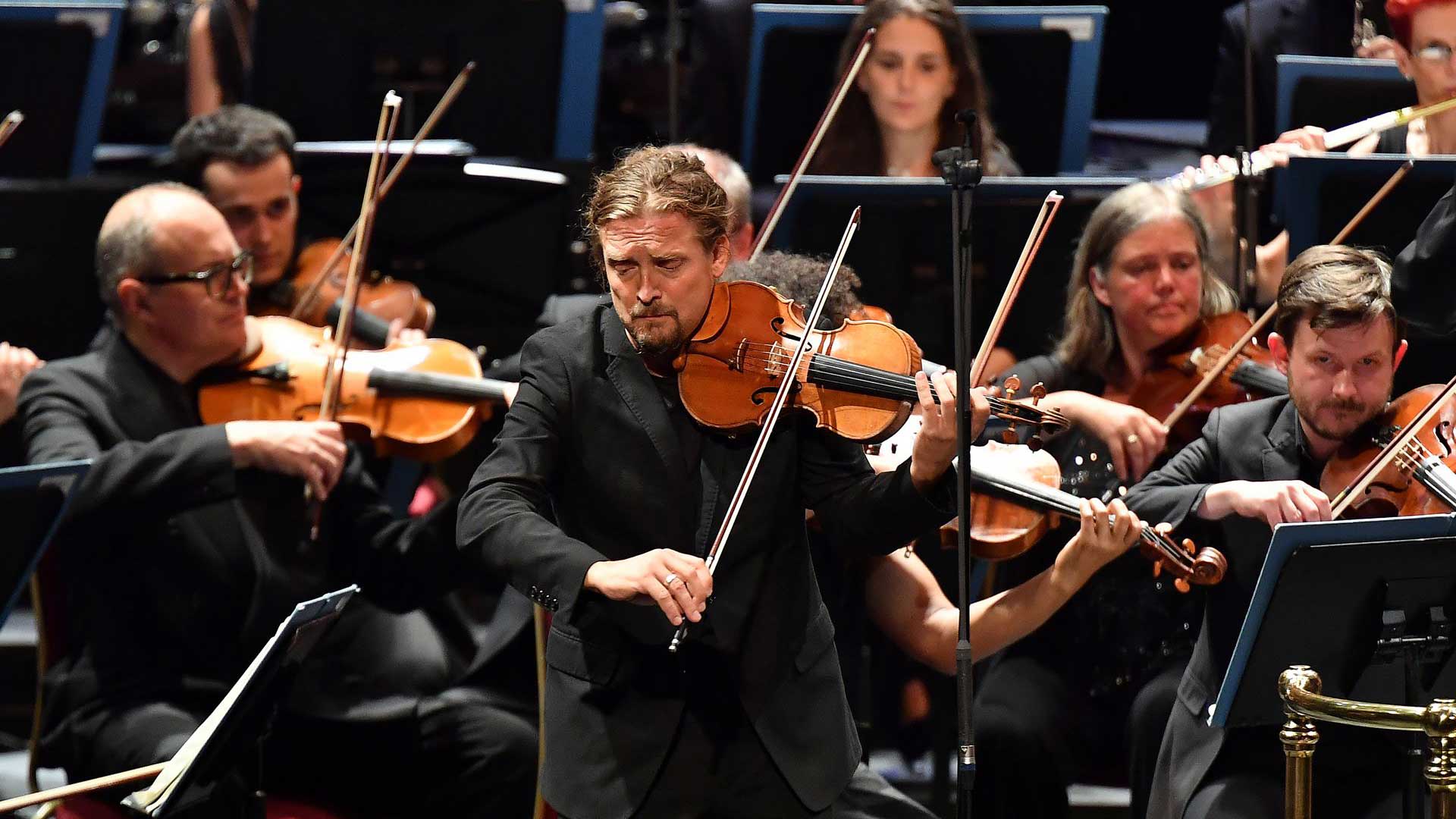 This Prom all seemed to fit together so well – on paper, at least. Its tone was described on the summary page of the programme: we were in for “darkness”. And “torment”. Berg’s Violin Concerto, his “requiem for an angel” and his last completed major work, would tug at the heartstrings. Then we would encounter Schumann’s descent into madness – the composer did claim, after all, that both angels and devils sang to him in E flat, the key of his “Rhenish” Symphony. And neither Brahms’s Tragic Overture nor Thomas Larcher’s Nocturne – Insomnia were likely to bring much leavening to all this Weltschmerz. But how wrong all that was to prove.

For me, the most satisfying moment in the Berg was one of hushed reflectiveness and beauty. The Scottish Chamber Orchestra does have a top-flight clarinet section, led by Tenerife-born Maximiliano Martins. The perfectly poised intoning of the chorale ‘O Ewigkeit, du Donnerwort’ was sublime. It provided the ideal foundation for violin soloist Christian Tetzlaff to explore the flights of reverie waiting to be brought out in the solo violin part. That moment seemed to sum up the whole. This was a performance whose strength was its musicality and eloquence, a refined dialogue between soloist and orchestra, rather than an exploration of the poignancy, depth of emotion or raw power in this piece. The direction pesante occurs repeatedly in the score, and what I was missing was evidence of a desire to land with real weight, or to usher in the demonic, the cruel and the inhuman.

In the Schumann symphony, the most effective movement – and the nearest to an ideal performance – was the suave, almost carefree central movement, marked Nicht schnell. This was utterly memorable for its delicacy, balance, lightness of touch and lyricism. Conductor Robin Ticciati allowed the movement’s two melodies to state their own case gently, rhapsodically. He let the orchestra shape and float their phrases in an unhurried way, and the ineffably light-footed chord from the flutes which ends the movement stays in the mind as something very special.

Elsewhere Ticciati brought out above all a sense of stately progress. He is not one of those conductors – Bernstein perhaps the most extreme example – who like to bring restlessness and disquiet, all that feverish tremolando in the inner string parts, into the foreground. Nor did Ticciati seem particularly engaged with the anarchy and instability of Schumann’s cross-beat accents. This was a fascinating performance, but one that preferred to stay on the side of correctness and politeness.

A lot can go missing in the Royal Albert Hall acoustic, but these impressions were confirmed by a quick listen to the radio broadcast. It also confirmed what I thought of the Brahms: that it had shape and balance, but wanted more heft.

One of the miracles of the Proms is that it can bring a crowd of over five thousand to hear completely unknown contemporary classical works. The Austrian composer and pianist Thomas Larcher wrote Nocturne – Insomnia for a large chamber ensemble, following a commission from ZaterdagMatinee in Amsterdam. The work was first performed in 2008, and was receiving its UK premiere here. One of its basic ideas is the juxtaposition of very high sounds (string harmonics, celesta) with low sounds (bass trombone, contrabassoon). It uses an extensive array of percussion including a prepared piano and a vast Japanese drum. It received a thoroughly committed yet very tidy performance, but seemed rather too fixed on the tasks of relishing and presenting opposites and contrasts to leave a particularly strong impression of its substance.

Another interesting by-product of the Proms is the talks programme. In this case, the inclusion of a work entitled Insomnia gave the BBC the excuse to invite a sleep coach who works with elite athletes – Cristiano Ronaldo, for example – to tell us how to get a good night’s sleep. It is there, and free, for the next month. Listen to the programme here; the advice starts at 1:09:05.