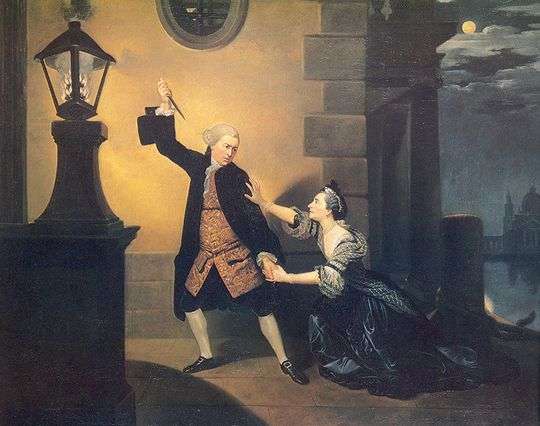 On November 30 we were the lunch guests of the Holburne Museum – not in Bath but at the St John Restaurant in Smithfield – where the director, Alexander Sturgis, and chairman, the former art dealer David Posnett, wanted to tell us not only of their reopening in the spring but of a wonderful gift from a 20th century doyen of the British stage.After more than 12 years of campaigning, fund raising, negotiating, planning and designing, Bath’s museum of 18th and 19th century art, the Holburne, will reopen on May 14 with a new extension and 60% more of its collection on display. The development has cost £13.8m.It will open with an exhibition called Peter Blake: A Museum of Myself in which the Royal Academician will present his own extraordinary collection of art, memorabilia and curiosities as well as his own works.

But it will also open with a spectacular new collection which has been given to it, the playwright Somerset Maugham’s 18th century theatrical paintings he collected over most of his lifetime. The 21 pictures – 15 oils and six watercolours – include works by leading 18th century artists Johan Zoffany, Francis Hayman and Samuel de Wilde. The other nine of the 30 in the collection are going to the Theatre Royal Bath. In Maugham’s own words, his collection is “second only to that of the Garrick Club”. He died in 1965 and to avoid it being dispersed after his death, he left it to the as yet unbuilt National Theatre. But the NT had neither the space not the curatorial expertise to do it justice, and part of the collection was loaned to the Theatre Museum in Covent Garden, which closed in 2007.

The collection includes this masterpiece by Zoffany, a close friend of David Garrick’s, showing Garrick and the actress Susannah Maria Cibber in Thomas Otway’s play Venice Preserv’d (pictured here), put on at the Theatre Royal Drury Lane in 1762. Nine pictures of lesser quality but fascinating subject matter from the collection will go on permanent exhibition at the Theatre Royal Bath.

The Holburne has probably the most delightful approach of any museum. As you cross Pulteney Bridge and stroll between the magnificent Georgian terraces of Great Pulteney Street, it beckons from half a mile away at the end of the avenue. The former Sydney Hotel from Bath’s fashionable heyday of two centuries ago, the Holburne belongs firmly, as its director says, in both the 18thand 19th centuries, becoming a museum in the 20th.

The refurbishment turns it into a museum for the 21st century, with an ambitious development programme to present it as both a modern attraction and a showcase for the life, art and society of the Bath of Georgian and Regency days.

The Holburne’s story is a chequered one. It owes its existence and its name to Sir William Holburne, grandson of a distinguished admiral who followed the family business and left his Bath family home in 1805 to serve at Trafalgar. He resigned from the navy in the year of Waterloo, succeeded to the baronetcy in 1820 and with his three sisters  – none of them married – spent the rest of his life in their Cavendish Crescent home, filling it with an extraordinary collection of paintings, bronzes, silver, ceramics, books and prints.

He died in 1874 leaving 7,000 works of art to his sister who, in her will, set up trustees who would use the collection to “form the nucleus of a museum of fine art in Bath”. The elegant Sydney Hotel was acquired and adapted, and the museum eventually opened in 1916 with the collection developing organically from the original Holburne holdings. It is a uniquely intact survival of  a collection assembled for a Victorian gentleman’s townhouse.

By the 1950s, however, the family endowment that had sustained the museum had run out. For a while it was landlord to a crafts centre alongside its displays, and later the University of Bath took some funding responsibilities.  But local authority commitment shrank, funding reserves had run dangerously low and by 1999 when David Posnett, a retired art dealer, became chairman closure threatened.

Instead, a new programme of exhibitions and development plan were instituted. In 2003 Posnett and the former director, Christopher Woodward, walked from Hyde Park Corner to Bath commemorating the walk to Bath Gainsborough took to make his fortune – Bath had more than 160 artists’ studios in those days – and they were able to add more than £60,000 to the endowment fund. Then came a promise of funding from the Heritage Lottery Fund, which eventually amounted to more than £4m, and the fundraising programme has so far realised a £9m.

That year, too, Eric Parry was appointed the architect to create an extension facing Sydney Gardens behind the museum, and in 2005 Sturgis replaced Woodward as director.

New galleries have been created on the top floor, with top lighting, and a family learning centre. The staircase has been shifted to allow a lift to service all four levels. The high ceilinged rooms at the rear of the house have been halved longitudinally to give intimate exhibition spaces for the many smaller pictures in the collection. A garden café has been created in the extension on the ground floor along with a shop, and in the basement is the reserve collection and new library, archive and study centre.