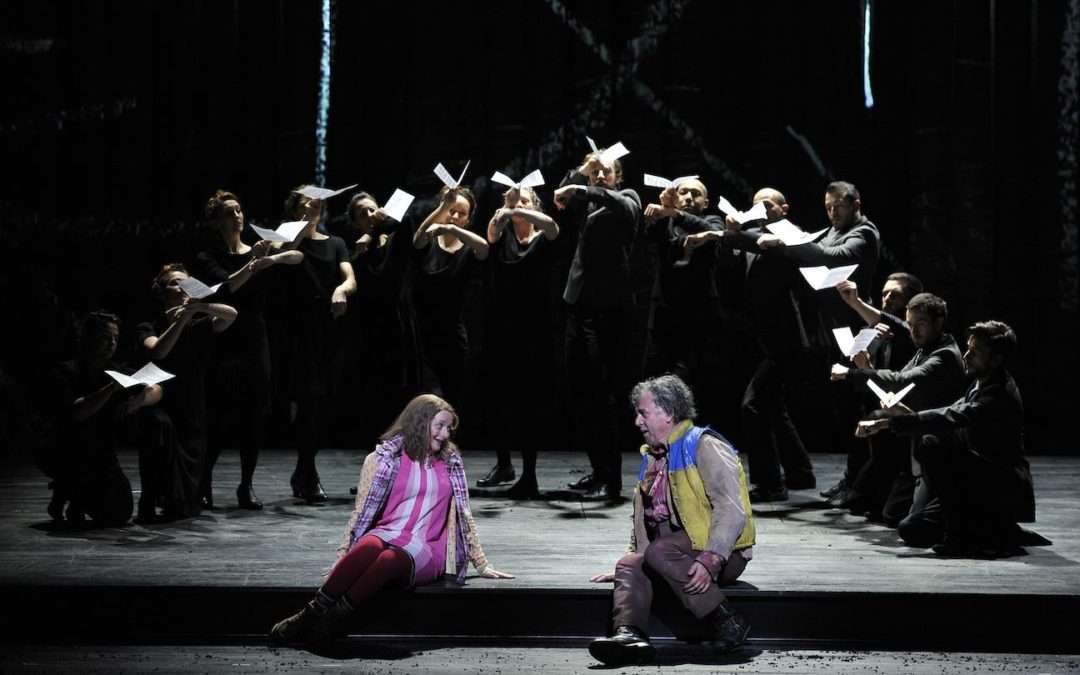 If ENO can get only half an audience for the fourth performance (of 13) of one of the most popular and glorious of all operas, whose fault is that? The tantrums of an arts sector with an infantile inability to take responsibility whenever the Arts Council asks someone to pull their socks up are pathetic. ENO isn’t the NHS, and nobody should have to pour endless money into a hole the company has dug for itself.

Don’t get me wrong: generally there’s nothing much wrong with the product. Musical standards have been exceptionally high under Ed Gardner and Mark Wigglesworth. But it’s no bloody good if nobody knows it’s there. Counter-tenor Iestyn Davies relates how for three months he worked at the theatre across the road and realised nobody would think there was an opera house opposite, it advertises itself so badly. Its only competition is the MOR snooze-fest at Covent Garden up the road – a place packed to the rafters every night. Among various failings (including a directionless artistic leadership by John Berry, tolerated for far too long by a catatonic board) it’s ENO’s marketing that wins the idiot’s hat as most hopeless of all.

Well, back to our sheep. A change of cast, a bit less frantic activity on stage, and this Flute located some of the charm and magic it missed last time round. Watching Simon McBurney’s production on its first appearance two years ago was an interesting real-time experience following a man on a journey towards learning what opera, and the Flute, is all about. He got a bit closer this time, but sadly not all that many people were watching.

The Flute was a pitiless place for McBurney to start in the mainstream repertoire, anyway. The temptation to panic at the lack of action and the foolishness of the words and clutter up the stage with all kinds of nasty business is too strong – and he succumbed. I guess now we’re stuck with the chalk-wielding pavement artist downstage right, his blackboard doodlings projected onto scrims and stage, but there are moments of delight amid the clunkiness; likewise the Foley artist opposite left, scrunching up paper bags in a phone box to provide comic sound-effects for onstage actions. When McBurney properly revises the staging it could be a decent runner, and God knows ENO needs some of those, so it has some money in the bank rather than constantly spaffing it on new productions of standard rep.

Musically, things were fine-to-good. Conductor Mark Wigglesworth does a lot more than play the notes, and the string sound is warm, soft, tensile and strong; there are many moments when music and drama need much more time to breathe – he sounds like a man under orders to get the show down before overtime kicks in. The big cast change – the thing that changes the show most, in truth – is Peter Coleman-Wright’s Papageno: an “ageing child of nature” as he ruefully calls himself, he incarnates the vulnerable humanity that connects us to the Flute. Still single – “at your age?”, as Lucy Crowe’s pleasantly everyday Pamina asks with concern – this Papageno stands for all the mateless characters in the Flute: the Queen and her ladies, everyone in Sarastro’s gang… and his impromptu scrawl on the blackboard – #desperate – is the key to a vital aspect of the Flute McBurney wholly gets, a lonely humanity sundered down the middle.

I liked Allan Clayton’s unprincely Tamino, too – there’s real elegance and pathos in the voice, and his opening aria, ‘These features’ [‘Dies Bildnis’], genuinely sounded like a man struck by the thunderbolt of love. Lucy Crowe’s gorgeous tone and the sheer musical beauty of her singing shone through her duet with Papageno and her later sad aria, but there was some focus missing on a few notes, something I’ve never heard from her before. Ambur Braid was a feisty wheelchair-bound queen, James Cresswell’s Sarastro no Mr Bombastic but an earnest pop-preacher type with dodgy hair, Soraya Mafi the reliable catalyst for the final outpouring of joy as Papageno’s bride, conjured from thin air by magic bells and a bit of faith. Nobody is grand, everything is demotic, ordinary. The absolute best bit of music was Wigglesworth’s conducting of the Two Armed Men, gossamery and fleet-footed, something genuinely mysterious, leading us back to the pure humanity of Pamina and Tamino’s reunion.

Amid all the bustle, focus gets diffused – the staging is very episodic stuff. The frustrating thing is that McBurney gets so close, without really nailing anything: Papageno’s fluttering birds made from books are a beautiful, profound idea, but there’s too much of that, and you long for it to be linked to something else in the show. McBurney worries over character and detail at the expense of the big picture, that elusive place where the Flute’s wildly disparate elements can coalesce into something really magical. And despite raising the pit to bring the orchestra into the show, the fact is he still doesn’t trust the music enough. McBurney himself turns out to be a kind of Papageno: what he really needs to do is shut the hell up and listen.