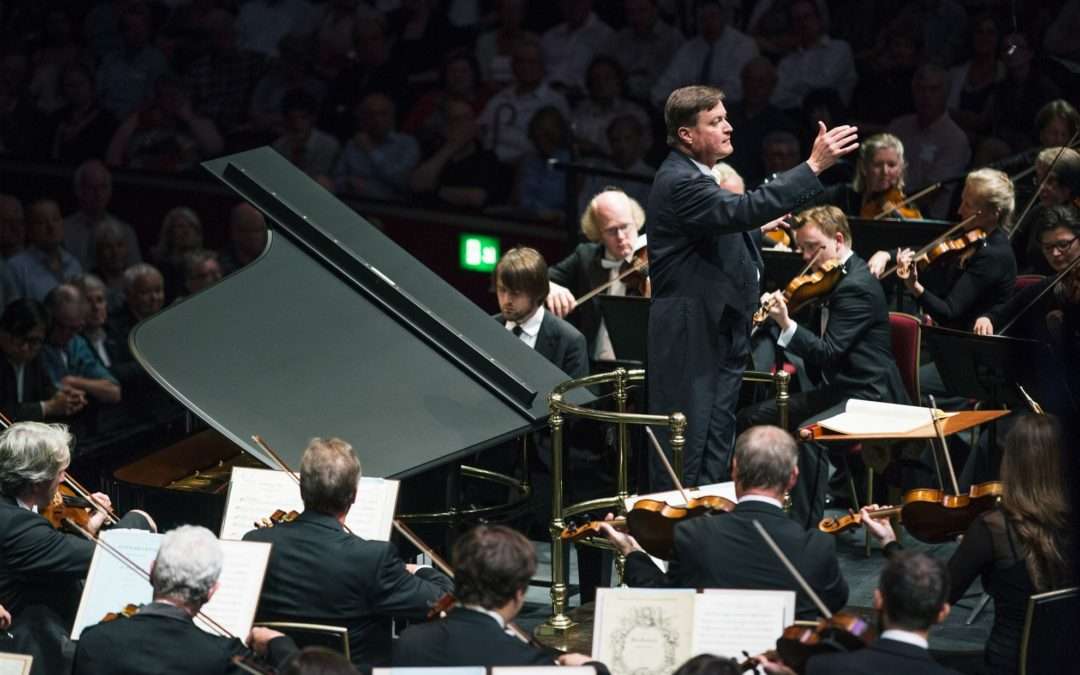 Christian Thielemann, a conductor usually associated with Bayreuth and the great Romantic repertoire, made an overdue Proms debut with his Dresden Staatskapelle orchestra. A contrasting programme of Bruckner’s epic Wagner tribute, the Symphony No. 3, and Mozart’s joyful Piano Concerto No. 21 showed all the orchestra’s strengths: consistency, clarity, dynamic control.

The soloist in the Mozart was the orchestra’s new Capell-Virtuos or house virtuoso, Daniil Trifonov. This 25-year-old Russian causes a stir wherever he appears, as recitalist, chamber player and recording artist. His technique is extraordinary, particularly in performances of big Romantic works. What of his Mozart?

From his entrance he set up an easy, rippling line while lending individual notes weight and colour. In the Andante – the familiar theme from the film Elvira Madigan – he found freshness rather than sentimentality, and the orchestra underpinned his melody with shimmering, soft-grained sounds. With their sumptuous strings and compact, well-disciplined brass, the Dresdeners made a good match for the excitable young pianist; under the controlled baton of Thielemann they provided solid foundations for his flights of fancy.

He enjoyed the freedom, sometimes to thrilling effect, occasionally tipping over into chaos. The first and third movement cadenzas were his own: the first uncontroversially classical, the second (neatly incorporating the concerto’s themes) had a jazzy, improvisatory feel that risked nettling Mozart purists but cast new light on familiar material. For an encore he gave a strangely self-effacing account of Prokofiev’s Gavotte from his ballet Cinderella.

After the interval, the orchestra gave a gloriously smooth, well-mannered performance of Bruckner’s panoramic Third Symphony without noticeably raising the temperature in the hall, though it sounded more impressive when I listened back to the broadcast. The mysterious episodes shivered artistically, the massing mountains of brass and winds kindled awe, and in the final Allegro the musicians revelled in Bruckner’s surprising counterpoint as the strings’ sprightly polka clashed with the trombones’ steady chorale.

Thielemann’s physical style is big, arms rolling like cartwheels to drive the orchestra forward, but they respond with delicacy rather than force. Like their conductor, immaculate in tailcoat and shiny dress shoes, there is nothing vulgar about this well-blended, well-schooled orchestra.