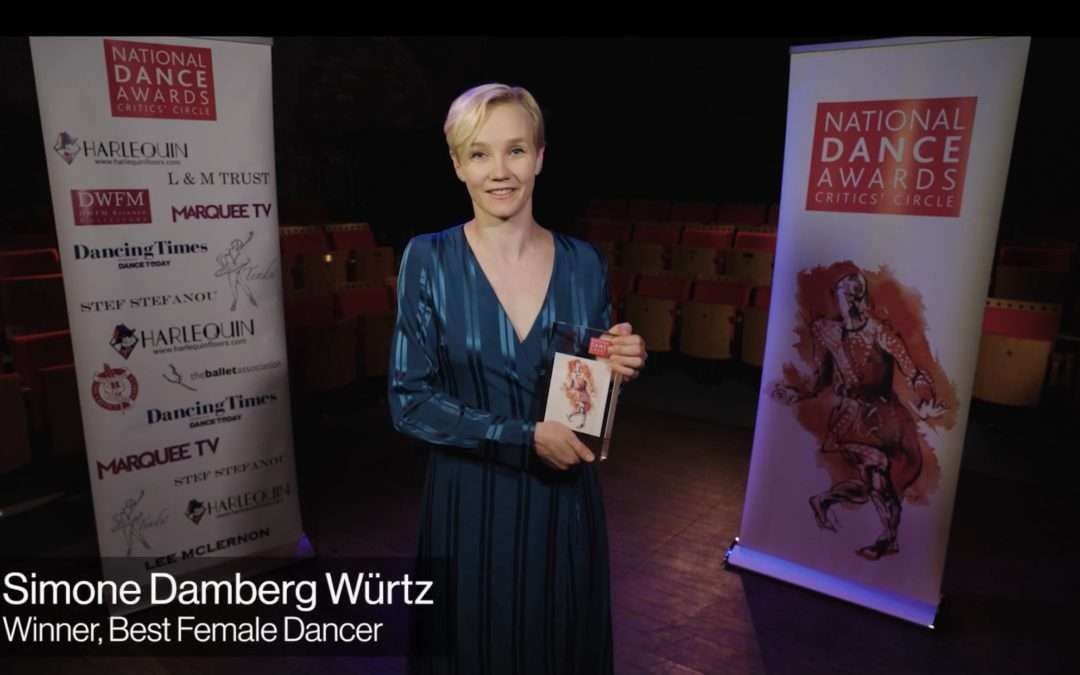 The Winners of the 2020 National Dance Awards were announced today during a virtual ceremony held via YouTube.

Wim Vandekeybus for Draw From Within
Best Digital Choreography

The Awards were announced at a streamed event at 3pm on Sunday, 27th June 2021 and the winners were selected from a short list of nominees (announced on 7 May).

Introducing the Awards, NDA Chair, Graham Watts OBE, paid tribute to Sir Robert Cohan CBE – winner of the De Valois Award in 2012 – and Liam Scarlett – six times nominated for the Best Classical Choreography Award and winner in 2010 – both of whom died in 2021. Sir Matthew Bourne OBE paid tribute to freelancers who have suffered the loss of livelihoods during the pandemic.

Graham Watts noted that four additional awards have been necessitated by the pandemic (Best Digital Choreography, Best Dance Film, Best Short Dance Film and Best Company Response to the Pandemic) and he emphasised that these are the most diverse set of awards in the history of the NDA. He drew particular attention to Simone Damberg Würtz being the first contemporary dancer to win the Best Female Dancer Award.

We are, as always, grateful to the sponsors of the National Dance Awards, without whose support the awards would not be possible: Stef Stefanou, Marquee TV, Harlequin Floors, Dancing Times, The Place, The Ballet Association, The L&M Trust, Tendu, Olga and Irving David, Lee McLernon, Celeste Fenichel, The Cervantes Theatre and The Critics’ Circle.