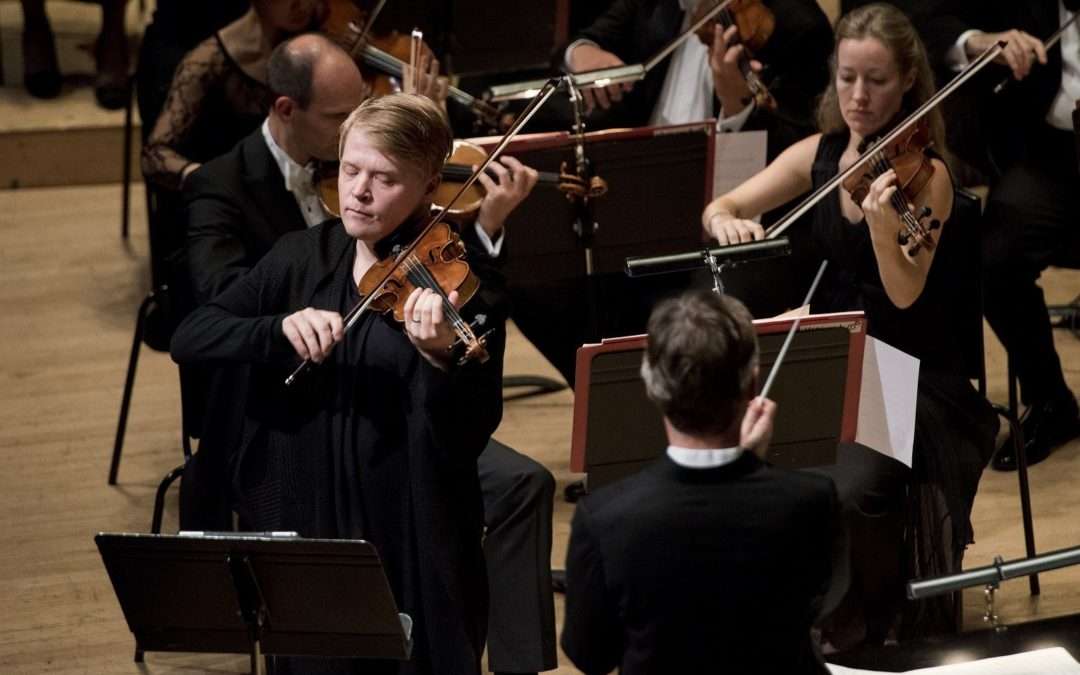 The 28 September opening concert of the Philharmonia’s new season at the Royal Festival Hall also celebrated Nordic Music Days, one of the rare occasions this annual festival has been held outside a Nordic country.

The programme visited Finland, homeland of the Philharmonia’s music director Esa-Pekka Salonen, with two Sibelius symphonies, but each half opened with a cutting-edge work by the hottest names in contemporary music – Icelanders Anna Thorvaldsdottir and Daníel Bjarnason.

I’ve never heard an Icelandic work that doesn’t evoke a landscape of volcanic rock, waterfalls and snow, and Thorvaldsdottir’s Aeriality from 2011 is no exception. She captures the sensation of flying through space with glacially slow movement of shimmering strings and hollow percussion, which hardly changes over the 15-minute piece.

Lulling your audience into a trance may not be the most obvious way of opening a concert and it made Sibelius’s Sixth Symphony sound positively red-blooded and lusty by comparison. Not that there was anything bombastic about Salonen’s reading of this overlooked symphony, with its dark, elegiac tone. Salonen has an extraordinary conducting technique, using undulating hand movements, rippling from the shoulders to the fingertips like a ballet dancer, to coax subtle variations of light and shade from the orchestra.

Sibelius called this symphony ‘pure cold water’, while the Seventh, which he finished just a year after the Sixth, ‘celebrates the joy of life and vitality’. The Philharmonia certainly found that vitality, responding to Salonen’s elastic tempos and long, slow building of phrases as if they had been playing together for centuries – in fact this concert was the culmination of a week-long tour of this same programme.

Before the Seventh Symphony the orchestra enjoyed the sight of magnetic Finnish violinist Pekka Kuusisto stealing the show in the UK premiere of Daníel Bjarnason’s Violin Concerto. It was written for Kuusisto and is possibly unplayable by anybody except this puckish performer. It was a rollercoaster ride of breathtaking virtuosity, in which Kuusisto used unorthodox techniques to produce extraordinary sounds – I swear he even made his violin giggle. Unorthodox tuning too, he dropped his G string to a D, producing a vaguely Moorish sonority. The orchestra was rooted in the Icelandic landscape, with massive chordal slabs suggesting tectonic plates, creating a sinister rumbling below the soloist’s icy harmonics.

After the Philharmonia concert Kuusisto joined Finnish singer Ilona Korhonen on the Ballroom floor for a “contemporary take” on Finnish folk music, an unbridled howl of feedback and looping that could probably be heard in Helsinki. But the delicacy of the symphonies lingered longer in my memory.