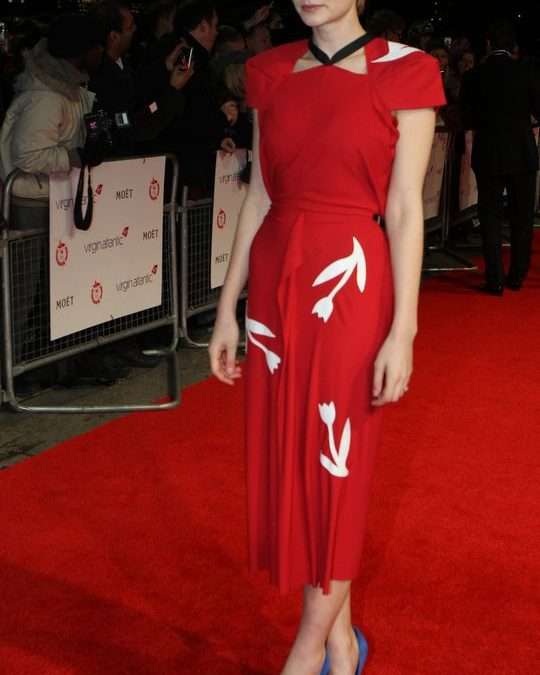 Carey Mulligan in red, white and blue on the red carpet at the film awards.

Pictures from our 2011 Film, Dance and Drama Awards presented in January 2012

Roeg Males: Luc Roeg, producer of We Need to Talk About Kevin, and his father, Nicolas Roeg, winner of the Dilys Powell Award for Excellence in Film.

Jean Dujardin receives the Best Actor Award for his performance in The Artist from critic Nick James.

Lynne Ramsay, director of We Need to Talk About Kevin, and producer Luc Roeg go up to receive the Attenborough Award for Best British Picture

Negar Eskandarfar, executive producer of A Separation, Foreign Film of the Year, collecting the award

Michael Fassbender, winner of the Best British Actor Award for Shame and A Dangerous Method

The second of our January Awards

The Critics’ Circle National Dance Awards held for the first time at The Place on Monday, January 23. These are some of the winners.

Daria Klimentova of the English National Ballet winner of the Grishko Award for Best Female Dancer given in memory of Richard Sherrington with Dance section chairman, Graham Watts © John Ross

Kenneth Tharp. Chief Executive of The Place, who was Master of Ceremonies for the second year running. © John Ross

The winners of the awards © John Ross

The Third of our January Awards they were held at the Prince of Wales Theatre.