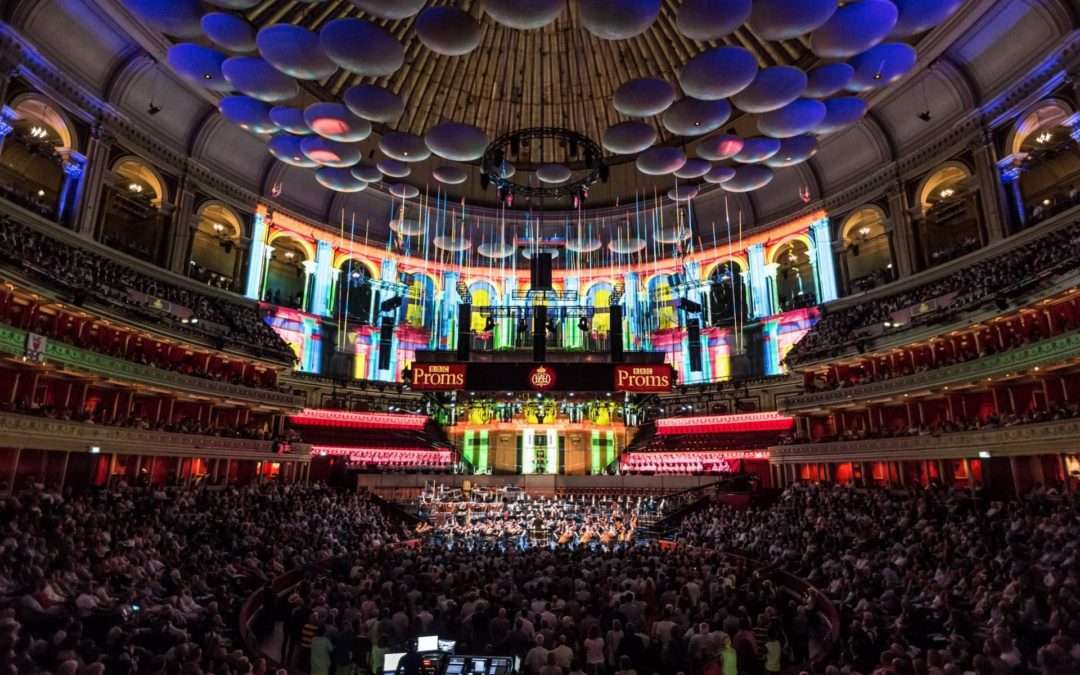 Oh for goodness’ sake. The Proms begin and all anyone can talk about is applause in the wrong place. The audience clapped the individual planets of the Solar System instead of waiting for Neptune at the end of Holst’s suite on opening night. Pluto was still unnoticed when Holst conceived the work in 1913, with Mars, the Bringer of War a premonition. In fact the suite wasn’t played until 1918, so we clapped its centenary here, prematurely or otherwise. Mars was the inspiration for John Williams’s Star Wars music, which in turn has influenced performances of Holst’s suite. The stormtroopers hove into view and the suite might be said to have lost touch with the broad planetary rhythms of its vision. Jupiter’s sweeping hymn tune (‘I Vow to Thee’) lacked grandeur and was too fast, as if trying to keep alive the Hollywood effect for an impatient crowd.

The BBC Symphony Orchestra under Chief Conductor Sakari Oramo gave an ordinary performance, but then Holst’s Planets suite is well-known, and rehearsal time was better spent on other works, most of them rare if not new. The world premiere of Anna Meredith’s Five Telegrams had a light show to distract the audience and a lot of long notes with little virtuosic passage work to master, so the orchestra could get by on a minimum. It would be more interesting to hear it without the coloured lights, as the radio audience did. Rehearsal was almost certainly devoted mainly to Vaughan Williams’s setting of Walt Whitman’s Toward the Unknown Region, which is a choral work and not easy to articulate, and the in memoriam for Ollie Knussen, their much-loved colleague, an unscheduled item. They played his Flourish with Fireworks but held back on the flamboyance and the rockets to give a muted rendition.

Toward the Unknown Region was well performed by the BBC Symphony Chorus and Orchestra: Whitman’s whit came through. The singers’ octaves, male and female, were precise and chilling at no map there nor guide. Conductor Sakari Oramo made a little too much of the climax and though burst forth is in the poetry, float is too and the giant ensemble made less of that. An off night? Only to an extent. The same orchestra made a vast and sensuous experience of Olivier Messiaen’s Turangalila Symphony a week later. In the centre is Joy of the Blood of the Stars, its modernist complexity incapable of obscuring its leaping unbridled rapture. The ten-movement epic is the most vivid of contemporary masterpieces. The ondes martenot weaves its electronic whoop through the richly beautiful but merely mechanical instruments, bound by human breath control and strength. Its superhuman range and ability to sustain opposes the grand piano on the other side of the stage whose sad notes, once struck, die immediately. Cynthia Millar and Angela Hewitt were the twin soloists, yin and yang, maintaining the dialogue in their respective ways.

The orchestras come from the corners of the kingdom. The Welsh arrived with a mixed programme and an American soloist Tai Murray to float Vaughan Williams’s Lark Ascending magically into the dome. They brought singers from the valleys for Parry’s mighty anthem Hear My Words, bursting the chapel in the concluding hymn O Praise Ye the Lord. Here brasses and organ accompanied them, but in Holst’s Ode to Death, another Whitman setting, they intertwined with the full orchestra in the poet’s taunting phrases. Come lovely and soothing death, they sweetly sang and played, defying death’s reputation. Dark mother the tenors called her, with light, boyish tone. Conductor Martyn Brabbins captured Whitman’s irony in a thoughtful, understated, carefully crafted performance.

The Scots came to London with London symphonies by Haydn and Vaughan Williams. The Austrian master was here in the 1790s and wrote a dozen for the capital, one with a frightening guillotine drumroll, another with a military dance that became the craze of Europe. The last, played here with scintillating buoyancy under conductor Andrew Manze, riveted the Albert Hall as it once had done the Hanover Square Rooms with its dramatic fanfare, sturm und drang adagio and exuberant country dance finale. The freshness and logic of classical form glinted from the strings. The orchestra doubled in size for Vaughan Williams’ tribute and twin harps intoned the Westminster chimes through a dawn mist, a sound gone since the scaffolding went up round Big Ben. Manze sculpted every phrase with an ear for hidden detail and won a slow movement viola solo of sublime beauty from the principal Scott Dickinson. One might have applauded him before time – but fear of being thought a pleb by the great and good stifled the urge.