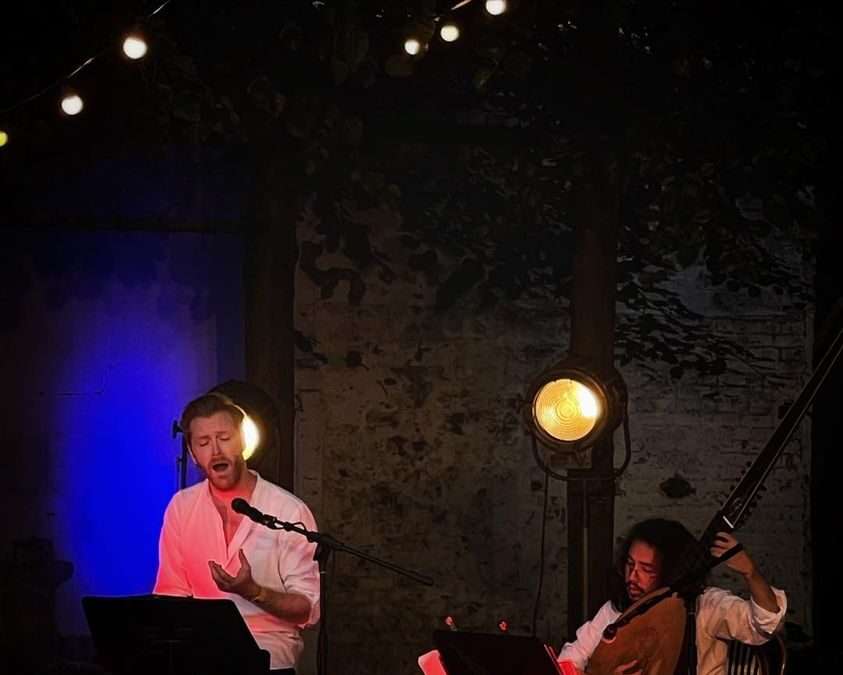 What London really needs is more small summer arts festivals in nice venues. The newest to appear is The Shipwright, two weeks of cultural events in the Master Shipwright’s house in Deptford, kicked off with an informal but highly polished recital of lute songs by Purcell and Dowland, which augured good things to come.

Countertenor Tim Mead has a voice made for this repertoire, a crystalline, typically English sound, neither acid nor overripe, clear and consistent throughout its range, the words impeccably enunciated. Lutenist Sergio Bucheli was an able partner. The audience was happy and excited as it circulated and chatted on the lawn beforehand, clutching its drinks. It should have been perfect.

The problem was the amplification, really unnecessary with an audience this close to the stage, far too loud, and hugely favouring the theorbo. Nonetheless, the quality of the performers shone through. Bucheli gave ‘Strike the viol’ some lovely flamenco touches, answered by the voice’s flowery decoration in a silvery cascade of notes. Mead’s interpretations favoured the plangent rather than the erotic. A rather chaste ‘Music for a while’ and ‘Sweeter than roses’ were succeeded by a ‘Flow my tears’ dripping melancholy, a gentle stream of misery building to a threnody of fear and pain. ‘Come again’ oozed beautifully articulated self-pity, slowing and darkening between verses as he begged his love to return. By contrast, ‘Now, oh now, I needs must part’ was rather too fast, and sung as art song rather than lived experience.

Bucheli’s solo items on a French baroque lute, de Gallot’s La Psyche, Dubut’s languishingly expressive and magnificently ornamented Sarabande and the folksy Port Atholl showed off a formidable technique and the ability to get inside the skin of widely divergent musical styles.

Later the duo were joined by Jonathan Byers on cello, using a baroque bow and no vibrato for a gamba sound, so successfully that it’s a pity he didn’t play throughout. In William Webb’s ‘Powerful Morpheus’, bass and singer breathed together. In ‘Where the bee sucks’, voice and lute took flight and chased each other through ornamented repeats. The long, calm phrases of Purcell’s ‘Evening Hymn’ and their encore, ‘Music for a while’, brought a happy evening to a perfect restful close.

July 31st will see a lunchtime performance of Messiaen’s Quartet for the End of Time, chamber music by Mozart, Mendelssohn and Haydn on period instruments, and an appearance by soprano Lucy Crowe with the Special K Baroque Band. Let’s hope the amplification’s sorted by then.