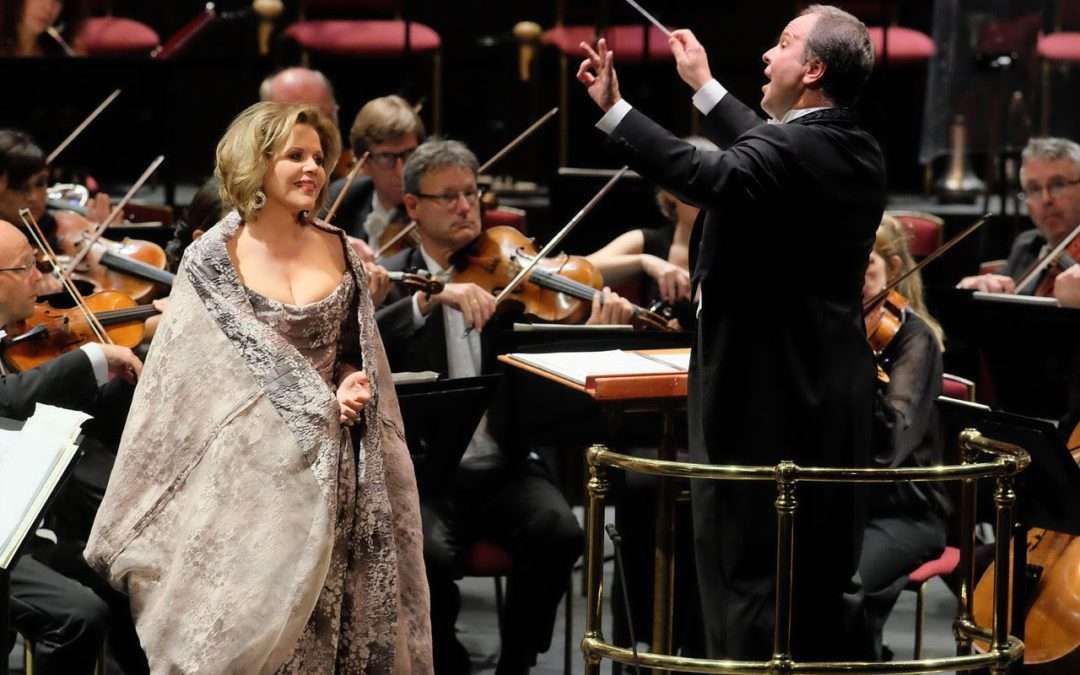 Renée Fleming announced last year that Der Rosenkavalier would be her last appearance on the opera stage, but lately there has been a valedictory feel to her concerts too. The melancholy tone of her Prom with Sakari Oramo and the Royal Stockholm Philharmonic was not only down to the choice of repertoire, a meltingly beautiful Strauss snippet from Daphne and Samuel Barber’s nostalgic Knoxville – Summer of 1915. It also confirmed that one of the great lyric sopranos was relying on her rapport with the audience rather than the core of her voice to convey the text, so the words barely reached the back stalls in the Royal Albert Hall.

The first half of Knoxville is scene-setting, sketching in the background to a child’s memories of a summer evening with his family, but you had to glean this from the programme. The second half, conveying the anxiety of a child anticipating a future without his beloved parents, allowed Fleming to create more emotional intensity with her lingering legato and soaring top notes. In Barber’s 1950s chamber version, the textures are pure and sparse, and though the orchestra was responsive to every colour and mood change, the soloist was painfully exposed. Perhaps the piece would have fared better in a more intimate space – indeed it did sound more coherent on the radio. Fleming found a more radiant, secure tone for Barber’s ‘Sure on this Shining Night’, a welcome encore. She has been the pre-eminent Strauss soprano, and the choice of ‘Ich komme – ich komme’ from the closing minutes of Daphne – wordless ribbons of pure melody untroubled by consonants – reminded us of the allure of her pearly, sumptuous voice. She gave us one last treat before she left the stage, Strauss’s sublime ‘Morgen’.

Orchestral works bookended the concert, beginning with a UK premiere by Italian composer Andrea Tarrodi that was said to evoke the colourful villages of Liguria. It caught the many moods of the sea, from crashing percussion to shimmering strings, but no glimpses of the sunlit cliff-top villages. Finally a piece that this Scandinavian orchestra fell upon with joy – Nielsen’s Second Symphony, The Four Temperaments. All the humours were audible, in the pumping brass of the choleric first movement, the phlegmatic bassoons of the second movement, the restrained, melancholic flute of the third movement and in the blood-quickening gallop towards the end of the last movement when Sakari Oramo relaxed his four-square stance and danced on his tiptoes. The melancholy feel of the first half was completely swept away by this sparkling symphonic performance.