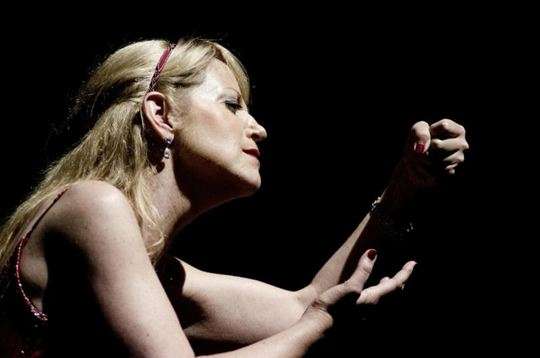 From Lolita to Lulu

Among many sensational opera performances at Symphony Hall over nearly a quarter of a century, this Bournemouth Symphony Orchestra presentation of Richard Strauss’ powerful one-acter on 2 October is an immediate stand-out.

The welcome given to this band, country cousins with the CBSO, was generous enough, but the accolade at the conclusion of the gruelling piece was ecstatic. And the orchestra and soloists had obviously enjoyed every second, not only acoustically, but also making resourceful use of all its levels and entrances (well done, director Joe Austin), and subtle lighting changes over an unusually darkened auditorium.

Musically, the performance was astounding. A hugely enlarged BSO played out of its socks for its genial, modest conductor Kirill Karabits, who didn’t mind showing how thrilled he was at the end. His dynamic conducting built huge climaxes out of busy chamber-music textures, and seamlessly contrasted the glowingly warm Wagnerian lyricism of much of this opulent score with its pathological, expressionist elements.

Riding gloriously over every note of Strauss’s demanding writing, Lise Lindstrom was triumphant as Salome. She began with a coquettish stage-presence, Lolita about to become Lulu, but as the tension tightened she soared into an amazing display of vocal stamina during an unhinged quasi-Liebestod as Salome seals her lips on the severed head of John the Baptist. Her mime went way beyond pantomimic, her hands shaping every caress over the head and hair until the crucial kiss melted Jokanaan’s lips into her own mouth.

As Jokanaan, James Rutherford was totally commanding in his visionary music and appalled at Salome’s salacious declarations. Their central duet was an episode of greatness.

Kim Begley’s Herodes, spiritedly sung, was actually heartbreaking in its portrayal of a strong man reduced to fearful impotence through the drunken trappings of power, and his waspish wife Herodias was given a subtly comic slant by Birgit Remmert, always with a formidable vocal delivery.

Too many other roles to praise, but Andrew Staples deserves a mention for his appealing Narraboth, obsessed with Salome and setting the tone for the whole debacle.