Self & I by Matthew De Abaitua 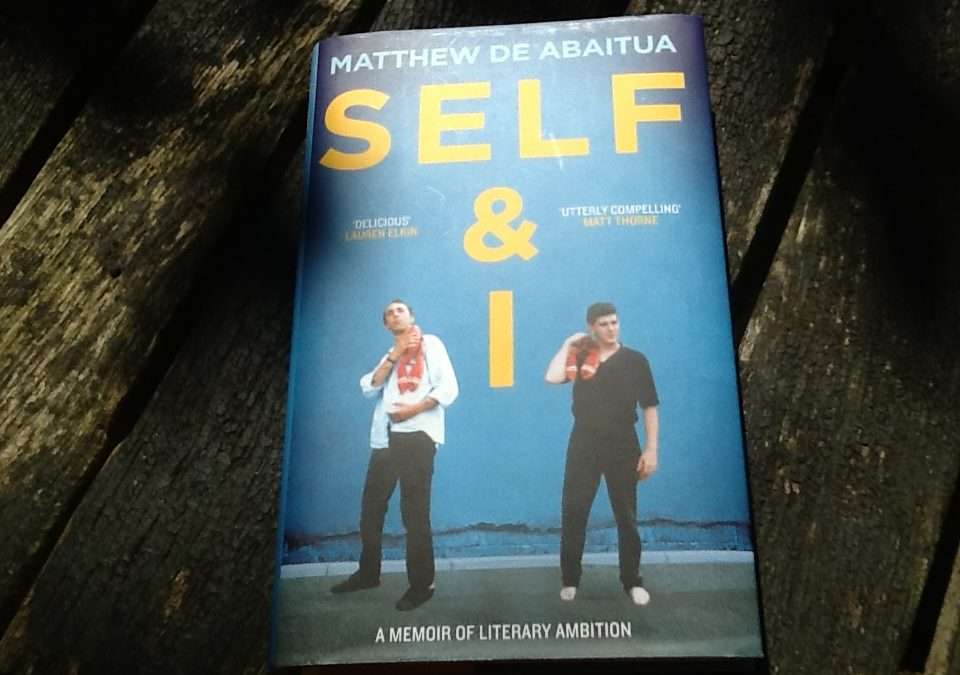 'Self & I' by Matthew De Abaitua, published by Lightning Books

AT the age of 22 Matthew De Abaitua worked for six months as amanuensis to the writer Will Self. It was the mid-1990s and Abaitua was studying for an MA in creative writing at the University of East Anglia in Norwich. Self was the bad-boy author of a novella, Cock and Bull, about a man who grows a vagina behind his knee, and My Idea of Fun , which, Abaitua explains, ‘was notorious upon publication for its lurid descriptions of psychopathic sexual transgression’. Its creator was just the sort of person then with whom to share a remote Suffolk cottage.
This ‘memoir of literary ambition’, is also a lament for a vanished age of publishing and writing, seen from across the gulf of digital media. This was pre-Potter, and thus predates the infantilisation of an entire reading generation. Sales of literary novels were substantial, large advances relatively common and book prize-winners worthy and uncontroversial. The fact that a cult author could want, could afford a live-in assistant, however lowly, now seems astonishing.
Literary events were simple and austere affairs: ‘Tibor Fischer is on stage . . . an uncompromising performance in which he reads the text and expects people to listen.’ No one talked about the end user. ‘In those days, readers got what they were given . . . My nostalgia for this period is partly due to the sense that the literary novel was still a force in contemporary culture.’ Back then Abaitua’s stated aim of writing ‘science fiction that has none of the pleasures of genre and all the ‘strangeness of technology’ would not automatically have had publishers backing away in alarm.
The job interview opens promisingly: ‘Will flicks a tobacco pouch and a large baggie of weed at me and says, “Make something out of that.”’ One intellectual joust later and the job is his. Self, recently divorced, has taken a Suffolk cottage as a writing retreat, and Abaitua must unpack, sort papers (‘Buy a filing cabinet . . . organise it all’), get furniture: bunk beds for the kids, ‘Linen, pillows, and a duvet for yourself. And an axe for chopping wood.’ Handed £100, he’s admonished ‘Get receipts for everything.’
Abaitua sketches, without self-pity or over-dramatisation, an ordinary upbringing, crucially not in Liverpool but a small town on its outskirts. The job with Self, so pregnant with hope for a literary wannabe, turns out to be a lonely period in Abaitua’s life. Self’s absences from the cottage are prolonged, and any hopes of a profound intellectual connection or intense mentorship fade. ‘Whenever Will teaches me something, it is very much in the sink-or-swim school of pedagogy; he is half-annoyed that he is paying for the privilege of delivering my education.’ Still, the cohabitation is mostly congenial. Abaitua is impressed by Self’s work ethic when he is in residence, banging away on his typewriter, keeping a conventional working day.
An odd afternote claims that ‘This book owes its farce to Bruce Robinson’s Withnail and I. Presumably the pair — or Abaitua at least — felt at the time they were uncomfortably acting out the cult film’s ‘odd couple in the country’ scenario; or perhaps Abaitua made the connection while writing the memoir.
Some idea of the range of the book can be given by a glimpse at my notes: ‘pp 52 and 54: pissing; p55 sperm; p56 ironmonger’. Abaitua notes that urinating in the broken-down garden is ‘becoming a habit. An animalistic urge to mark territory.’ It has never occurred to the young Abaitua that duvet covers don’t wash themselves.
As for the ironmonger, Abaitua’s own writing process involves experimenting with psychogeography and exploring the hypnogogic state, that moment just before dropping off when strange ideas infiltrate the mind. Abaitua has a vision of himself standing in front of Sizewell B, the nearby nuclear reactor, holding a frying pan with a crescent moon cut out of it. Wishing to ‘bring the dream object into the physical realm’, he presents the pan and makes his earnest request. ‘The ironmonger chases me from his yard.’
Among the stranger tasks Abaitua is given is to accompany Self as stooge and prompt as he performs and recites from memory his 15,000-word short story ‘Scale’ to paying punters. As back up, Abaitua will sit on stage with the text. ‘We will wear black.’ Self’s publishers, Bloomsbury, show an admirable willingness to please, in this case gamely setting up a short tour.
The association ends as abruptly as it begun. When Abaitua takes advantage of his boss’s absence to invite a few friends over to party, the transgressive novelist turns into an outraged landlord. Abaitua thus begins the real work of moving out from a giant’s shadow and discovering himself and the true scale and nature of his own talent. ‘What happened to that nice young man you used to be?’ Self asks him a year later. As this moving and amusing memoir shows, he did all right.
[Review originally published in FT Weekend]