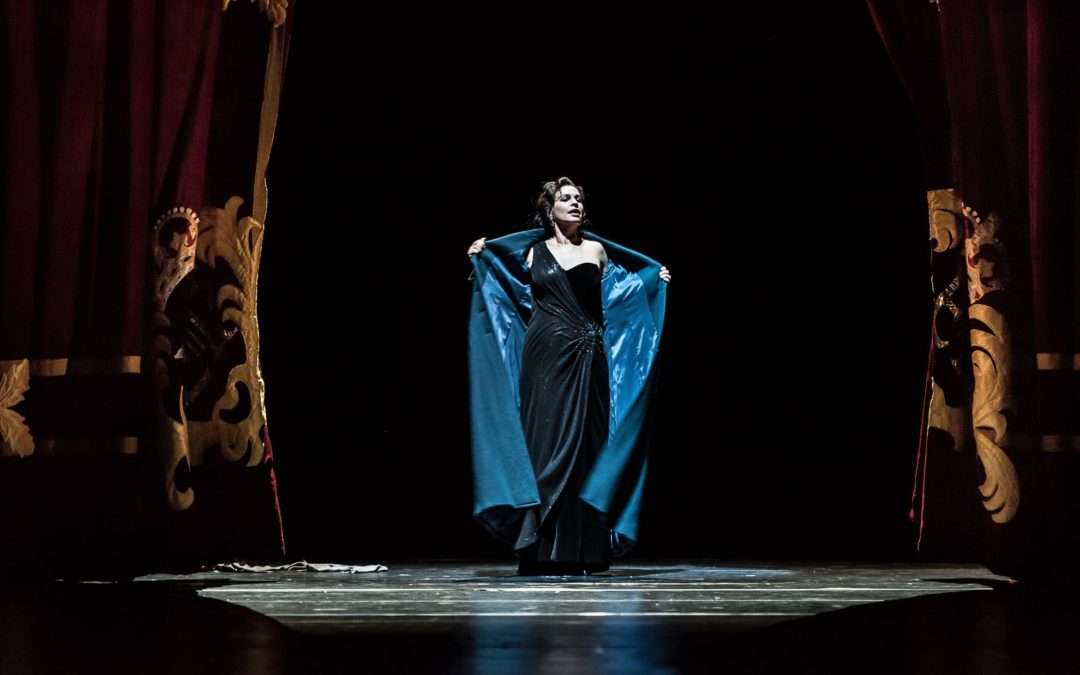 You shouldn’t programme Tannhäuser unless you’ve got a tenor who can cope with the demands of Wagner’s title role. Back in 2010, when Tim Albery’s production was new, the Royal Opera had Johan Botha – a singer whose lack of nuance is compensated by the sheer solidity and muscularity of his tone. For this first revival, we have Peter Seiffert. Now in his sixties, the German tenor may still be able to sing the role, but it’s no great pleasure to hear him at it.

This weak casting, coupled with the overwhelming excellence of Christian Gerhaher’s Wolfram (a role that won him as Olivier Award in 2010), creates a fatal imbalance that Tim Albery’s inscrutable production if anything exacerbates. Abstraction is the order of the day: a theatrical Venusberg, with a proscenium the twin of the Royal Opera House’s own, is set against a post-apocalyptic Wartburg, in which the proscenium is reduced to rubble and its torn red curtains pool like blood underfoot.

Visually it’s an effective contrast – connecting the warring impulses of fantasy and reality, sensuality and chastity, imagination and the everyday – but while Michael Levine’s sets are handsome enough in their own right, in Albery’s hands they become oddly inert.

Thankfully conductor Harmut Haenchen’s interpretation is lightfooted and sympathetic enough to carry the action along in his orchestral flow. He’s helped by some exquisite woodwind contributions as well as the beautifully balanced harps.  Such musicality, allied to real sensitivity towards the stage, lets the singers take expressive risks. Thanks to Haenchen’s control, his willingness to bring the orchestra right back, Gerhaher can treat much of his role with Lieder-like delicacy. His Act III hymn to the Evening Star barely rises above pianissimo, and elsewhere he finds emotions of Wagnerian scale while painting on a Schubert-sized canvas.

Seiffert’s vocal struggles are most evident in the first two acts, with pitch too often south of the note, especially at the top of the voice. There’s a lot of interference on the tone now, carrying out into the auditorium as a sort of sonic husk. By Act III things do settle, and the tenor’s vocal colour finally finds itself in sync with the dramatic scenario. His Rome-narrative is poignant and desperate, especially when collided with Gerhaher’s smoothly patrician delivery.

Painting with thick vocal brushstrokes, Sophie Koch’s Venus is a potent seductress, but Emma Bell (making her role debut as Elisabeth) doesn’t have the requisite purity for her rival. Sometimes a little wild and over-full, the voice does settle into some lovely moments of legato. Stephen Milling brings warmth and character to Herrmann, and Ed Lyon makes a big impression in the cameo role of Walther. Knitting all the action together is the Royal Opera Chorus at its blended and controlled best.

But strong though the musical case is for this Tannhäuser, the haze of Albery’s unfinished dramatic thoughts makes it all rather vague. Despite an allusive set that gives plenty of scope for engaging with questions of art, society, religion, and the relationship between them, the director thoroughly fails to do so. The result is inoffensive, certainly, but doesn’t come close to touching – let alone taming – Wagner’s awkward opera.