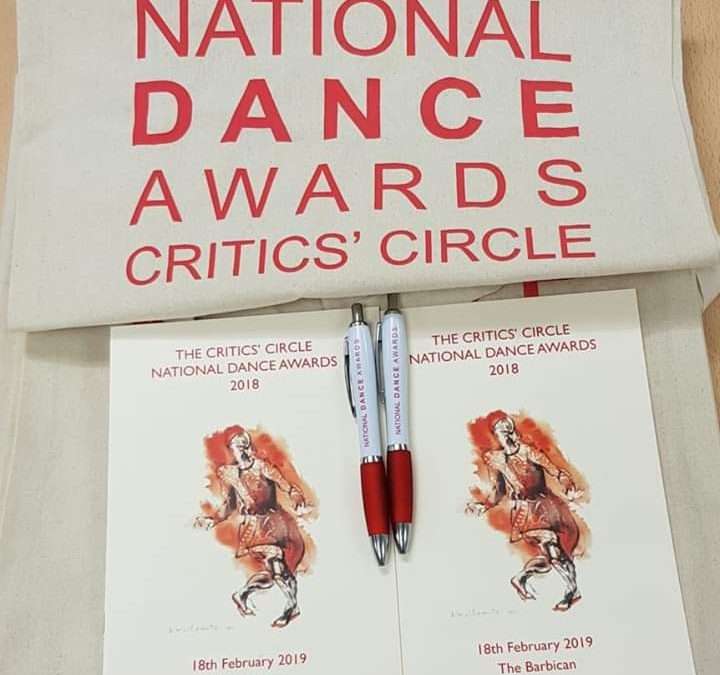 The Critics’ Circle National Dance Awards for 2018 were presented today at a ceremony in London, hosted by Mbulelo Ndabeni and Cira Robinson.

Mark Baldwin OBE was awarded the De Valois Award for Outstanding Achievement in recognition of his career, to date, as a dancer and choreographer, including his time as Resident Choreographer at Scottish Ballet and his sixteen-year service as Artistic Director of Rambert, which included winning the Outstanding Company Award in 2010.  His award was presented by Judith Mackrell, until recently the chief dance critic of The Guardian.

Akram Khan wins a record eighth National Dance Award for his solo performance in XENOS; and there is a first victory for a flamenco artist (Rocío Molina); and for Taiwan, with Cloud Gate Dance Theatre of Taiwan winning the Stef Stefanou Award for Outstanding Company.

Ballet remained the most popular dance form amongst the critics, taking a total of six awards including the two Best Dancer awards, won by The Royal Ballet’s stellar partnership of Vadim Muntagirov and Marianela Nuñez; while Alina Cojocaru of English National Ballet won the Outstanding Female Classical Performance Award for the second successive year.

The full list of award winners is given overleaf.

Crystal Pite for The Statement for Nederlands Dans Theater 1

José Alves in The Suit for Ballet Black

Cathy Marston for The Suit for Ballet Black

The Chairman of the Awards committee, Graham Watts OBE, stressed the diversity of the award winners and nominees.    ‘These awards celebrate excellence across a rich diversity of dance forms that have both entertained and challenged us over the past year.  For the first time, both choreography awards have been won by women and we also have the first award proper going to a flamenco artist; an award for a Kathak-based performance, as well as two awards going to the hugely successful Ballet Black.  And the Stef Stefanou Award for Outstanding Company goes to Taiwan, in the form of Cloud Gate Dance Theatre of Taiwan, a regular visitor to Sadler’s Wells in the 45 years since it was founded by Lin Hwai-min.  Taken altogether these awards show that dance is a diverse, global art form and that this world of dance can be seen here in the UK.”

The dance section of the Critics’ Circle is delighted to honour and thank the 2018 National Dance Awards Sponsors: