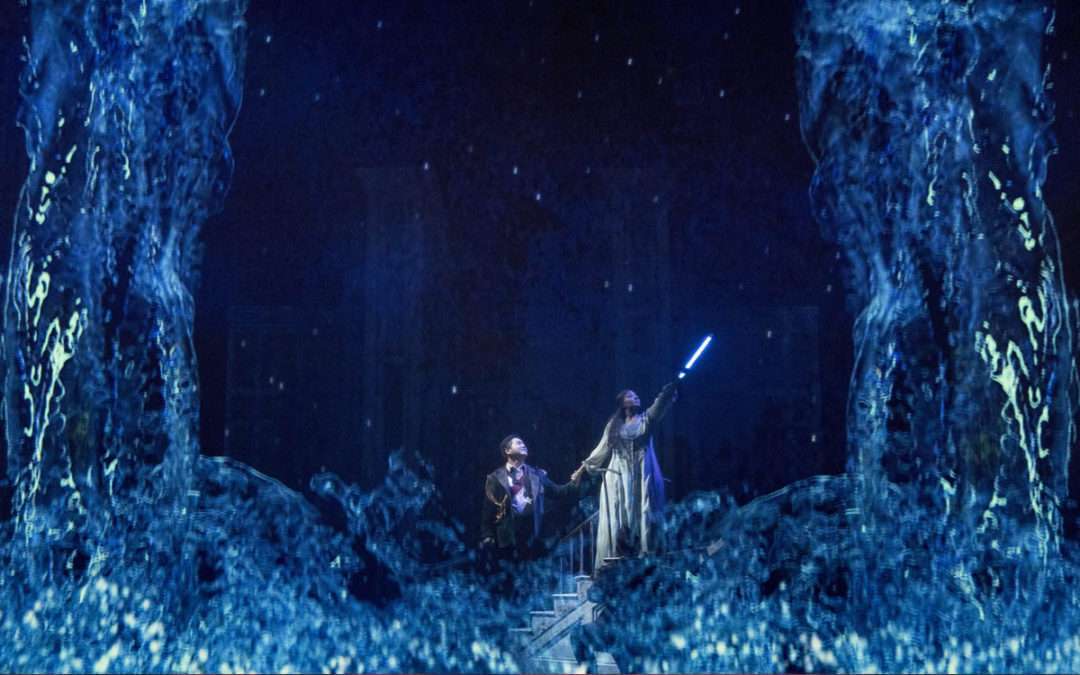 Tell it not in Gath – but Mozart’s Magic Flute is politically too incorrect in this #MeToo era. Among many cuts in Opera North’s new production, no animals get charmed by the magic of Tamino’s flute on his mission to rescue Pamina, and of course Papageno’s joke – why should not a world with blackbirds also have humans with black skins? – was felt too dubious. Anyway must Monostatos, unruly servant of Sarastro in charge of the slaves, be traditionally black-faced? – even though it’s part of the comedy that this villain (who probably would not hurt a fly) lusts after Pamina, daughter of the Queen of the Night.

And what do we really feel about Sarastro himself, the pompous leader of the Masonic Lodge around which the opera takes place (as originally conceived)? And can a woman (the Queen of the Night) be a villain these days? Surely what goes wrong must be Sarastro’s fault? Directors are incautious to start by asking what we are supposed to think: trust the piece or don’t do it. Mozart and his wordsmith and star performer Schikaneder devised their pantomime to resonate and please, which it will do, if let fly without interference. Ingmar Bergman’s old film of it shows how. But this is not the world of Beaumarchais’s progressive Figaro: women in The Magic Flute must know their place and wait for blokes to sort things out.

James Brining, who runs the West Yorkshire Playhouse, has made a lot of cuts. But the enthusiastic public at Leeds Grand Theatre were not a jot bothered by his staging, and amply enthused by the music and singing. A podgy white-skinned Monostatos and some not awfully imaginative theatrical magic help pull us through the now bowdlerised tale. The management provided an Oriental Tamino with an excellent, quite heroic tenor voice and perfect English (Kang Wang, an Aussie, born in Harbin), and a not slender South African Pamina (Vuvu Mpofu) with an interesting timbre, though uncertain projection and dodgy intonation. The Sheffield-born Sarastro (John Savournin) had soft bottom notes but limited authority, while Samantha Hay’s wicked Queen did a very decent job, despite the production’s clumsy way with her and her three ladies.

As for Gavan Ring’s charming Irish Papageno with lovely voice and willing presence, that is surely yet another mysterious Umleitung (as diversions in Germany are signposted). Are there really no young English singers worth engaging early in their careers? But ouch, it’s the way the scissors have been applied that really stops Brining finding his operatic feet. Mozart’s opera has lost about half an hour and much entertaining stage business, which affects especially the character (and role) of Papagena. Mozart’s operas possess an acute, challenging sense of class values, presenting two couples, one upper and one lower class. Much sense may be drawn from the contrast when the director responds well. But with so much rerouting, Brining’s ultimate destination for the meaning of it all is pretty foggy – a bit like Brexit.