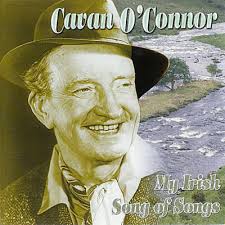 Garry O’Connor’s The Vagabond Lover to be published on 24 April by CentreHouse Press, pirce £20, is a memoir about his relationship with his famous father Cavan O’Connor, the broadcasting and variety star. Garry O’Conner who has been a drama ctritic for The Financial Times, a director for the Royal Shakespeare Company, a playwright and biographer, had a difficult relationship with his father whose career did go into decline. The result according to Sir Ian McKellen is “an enthralling family biography full of gossip, wise insights and fascinating revelations.” Cavan O’Connor was born in Ireland in 1889 but his family moved to Nottingham when he was a baby. He studied music, had a a fine light tenor voice and in the 1920s embarked on the variety stage as a singer. By 1925 he was singing regularly on the BBC and it was Eric Maschwitz then Head of Variety who created the name by which he became famous – The Vagabond Lover. He tended to wear a white crumpled suit and a slouch hat and his repertoire, although vast, included every Irish ballad you can think of – from I’ll Take You Home Again Kathleen to ballads like In The Still of the Night. He had a long and succesful career although eventually as variety died he went out of fashion. He died in 1997.