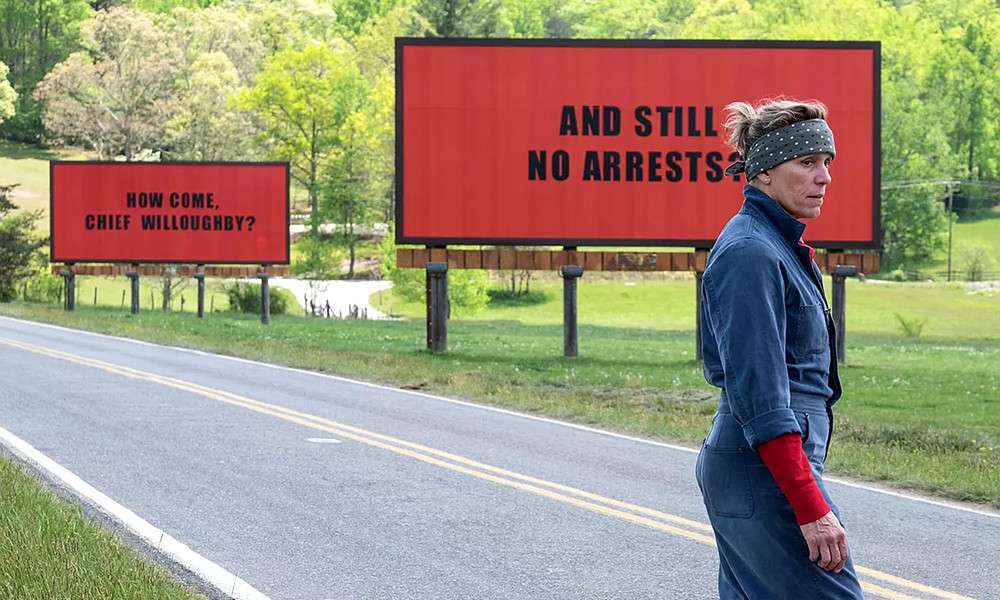 The UK’s leading film critics today announced the nominations for the 38th annual London Critics’ Circle Film Awards presented by Dover Street Entertainment. Martin McDonagh’s drama Three Billboards Outside Ebbing, Missouri was out front with seven nominations, including Film, Director, Screenwriter, Actress for Frances McDormand, and Supporting Actor for both Sam Rockwell and Woody Harrelson. In addition, as a British production the film is nominated for British/Irish Film of the Year.

Following close behind with six nominations each are William Oldroyd’s Lady Macbeth and Paul Thomas Anderson’s Phantom Thread. Four films earned five nominations each: Luca Guagadino’s Call Me By Your Name, Christopher Nolan’s Dunkirk, Paul King’s Paddington 2, and Francis Lee’s God’s Own Country. The 10 films contending for Film of the Year are Call Me By Your Name, Dunkirk, The Florida Project, Get Out, God’s Own Country, Lady Bird, Loveless, Phantom Thread, The Shape of Water, and Three Billboards Outside Ebbing, Missouri.

The nominations were announced today at The May Fair Hotel by actors Thomas Brodie-Sangster (The Maze Runner trilogy, Game of Thrones, Godless) and Morfydd Clark (The Falling, Love & Friendship, The Man Who Invented Christmas). Multiple nominees today include Sally Hawkins, Daniel Day-Lewis, Gary Oldman, Florence Pugh and Daniel Kaluuya, nominated as actresses and actors for specific performances as well as for their body of work as British/Irish performers.

The winners will be announced at a gala ceremony on Sunday, 28th January at The May Fair Hotel. Actor-filmmakers Alice Lowe and Steve Oram will return to host the ceremony, at which Kate Winslet will receive the critics’ highest honour, The Dilys Powell Award for Excellence in Film.

“Because our critics see everything that’s released, they nominated more than 150 titles in the Film of the Year category alone,” says Awards Chair Rich Cline. “This year we seem to have skewed toward more independent titles, but there was also love for blockbusters from Blade Runner 2049 to Wonder Woman and Thor: Ragnarok alongside foreign-language gems like Tom of Finland, In Between and My Life as a Courgette. With such a wide range of titles on the ballots, getting a nomination is a real achievement.”

The 38th London Critics’ Circle Film Awards is presented by Dover Street Entertainment, the London-based media group. In addition, the red carpet event is sponsored by The May Fair Hotel, Sacred Gin, Rémy Martin, Voss and talent agencies Millbank and Cooper Searle. Audi is the official car of the awards.

FILM OF THE YEAR
Call Me By Your Name
Dunkirk
The Florida Project
Get Out
God’s Own Country
Lady Bird
Loveless
Phantom Thread
The Shape of Water
Three Billboards Outside Ebbing, Missouri