Three Billboards named Film of the Year by London Critics 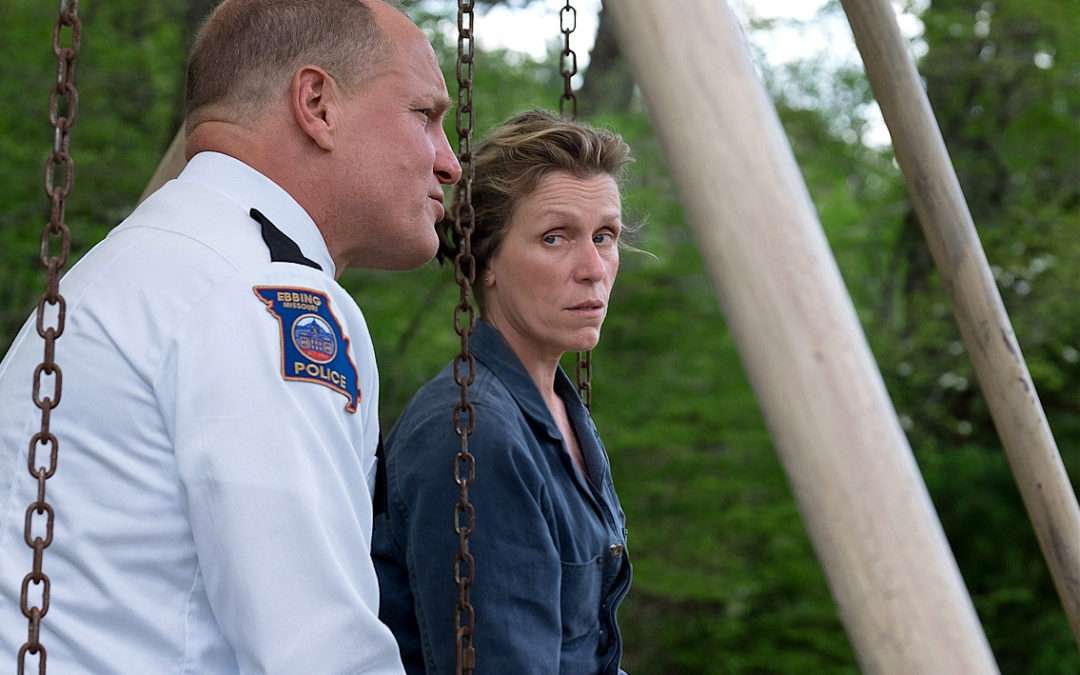 In addition to best film, Martin McDonagh also won the screenwriter award, while the UK critics named Frances McDormand as the actress of the year.

LONDON, 28 JANUARY 2018: The UK’s leading film critics handed out their annual prizes on Sunday night at the 38th London Critics’ Circle Film Awards presented by Dover Street Entertainment at The May Fair Hotel in London. Hosted by actor-filmmakers Alice Lowe and Steve Oram, the star-studded black-tie event saw Martin McDonagh’s drama Three Billboards Outside Ebbing, Missouri named as Film of the Year, while McDonagh also collected Screenwriter of the Year and star Frances McDormand won Actress of the Year.

Several winners were on-hand to collect their awards: Timothée Chalamet was named Actor of the Year for Call Me By Your Name, Hugh Grant won supporting actor for Paddington 2, Lesley Manville won supporting actress for Phantom Thread, Harris Dickinson won the young performer prize for his work in Beach Rats, and God’s Own Country writer-director Francis Lee took the Philip French Award for Breakthrough British/Irish Filmmaker.

The evening’s high point was the presentation of the Dilys Powell Award for Excellence in Film to Kate Winslet, introduced by her friend and costar Jude Law. The critics voted for Paul Verhoeven’s Elle as Foreign-Language Film of the Year, Raoul Peck’s I Am Not Your Negro as Documentary of the Year and Christopher Nolan’s Dunkirk as recipient of the Attenborough Award as British/Irish Film of the Year.

Graeme Scott, cofounder of Dover Street Entertainment, said: “Dover Street Entertainment is honoured to be sponsoring the prestigious Critics’ Circle Film Awards. We consider ourselves to be storytellers and we are very proud to be part of an event that celebrates that achievement in both the UK and internationally. As an organisation we hope to continue to support those who strive to tell the stories that need to be told.”

FILM OF THE YEAR
Three Billboards Outside Ebbing, Missouri

FOREIGN-LANGUAGE FILM OF THE YEAR
Elle

DOCUMENTARY OF THE YEAR
I Am Not Your Negro

BRITISH/IRISH FILM OF THE YEAR: The Attenborough Award
Dunkirk

DIRECTOR OF THE YEAR
Sean Baker – The Florida Project

ACTOR OF THE YEAR
Timothée Chalamet – Call Me By Your Name

BRITISH/IRISH ACTOR OF THE YEAR: Sponsored by Millbank & CooperSearle
Daniel Kaluuya – Get Out

YOUNG BRITISH/IRISH PERFORMER OF THE YEAR: Sponsored by The May Fair Hotel
Harris Dickinson – Beach Rats

1:
Beach Rats (Peccadillo)
Blade Runner 2049 (Sony)
Call Me By Your Name (Sony)
Dunkirk (Warners)
Elle (Trafalgar)
The Florida Project (Altitude)
Get Out (Universal)
God’s Own Country (Picturehouse)
I Am Not Your Negro (Altitude)
Maudie (Sony)
Phantom Thread (Universal)
The Shape of Water (Fox)