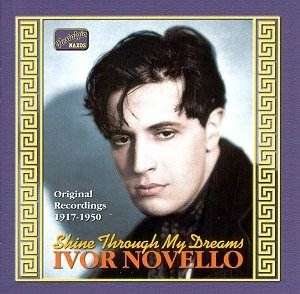 One of the two perfect things.

Or Two Plus One

The Jermyn Street theatre is the jewel in the crown of London’s intimate theatres – it even has seats that are comfortable – well more comfortable than any of the others. Situated just off Piccadilly it is home to small scale plays
and intimate musical shows and the one which has just finished a week showcase is among the best of the year. Compilation shows based on the songs of Noel Coward are two a penny – Cowardy Custard spawned endless imitations but Adrian Fisher and Stuart Barham have come up with a splendid variation on a theme – their show, The Two Most Perfect Things, is about the monarchs of all they surveyed in the London theatre for some thirty years – Noel Coward and Ivor Novello.

Coward’s reputation today rests on his plays – his musicals are by and large forgotten although his cabaret songs are remembered. But Novello is a different matter. His musicals were lavish and very much of their time. A major revival is probably financially impossible in the commercial theatre because the shows were invariably very lavish, and, apart from anything else, the Ruritanian plots are often pretty dreadful. He is virtually forgotten. The songs are another matter, however. He was a brilliant theatre composer – no one hit wonder musicals from him.

With The Two Most Perfect Things Fisher and Barham have devised a near perfect evening during which they trace the parallel careers of the two men. There is little about their private lives, but it is the work that matters, although at times they skate a little too lightly over some of their theatrical past. Post war Britain saw Novello’s greatest success, King’s Rhapsody, and his small scale Gay’s the Word, also a hit. But they ignore Coward’s less successful West End shows and failing to mention that he did re-open Drury Lane with Pacific which starred Mary Martin, one of Broadway’s great ladies, is really unfair – it was a flawed show, it was not in the Oklahoma mould, but it has some good songs, as do some of the others – The Girl Who Came to Supper for one which, in this Rattigan year, might have produced a song for them to use. They also, although they mention both men wrote for a series of revues in the thirties, have not really
given any examples of Novello’s ability to write a point number other than Her Mother Came Too, and even if the thirties revue songs in the archives do not stand the test of time they could have done Primrose from The Dancing Years which is short, tuneful and funny. It might also have been nice to have had a song from Lily of the Valley, the last show Novello wrote for the leading lady soprano of the time, Lizbeth Webb. But one quibbles really because the songs that are
included are so good and the cast  – Fisher, Barham – at the piano –  Charles Howell, Margaret Preece and Isabelloe Roeland are impeccable.

All too often small theatre shows are cast with young persons fresh from drama school,  but these are all seasoned performers, however,  and musicians of some standing who do full justice to their material.  Preece is gloriously funny, Roeland sings the great Novello ballads perfectly, as does Howell, while Fisher, who does not remotely resemble the Master, performs his material to perfection. This gem of a show demonstrates beyond any doubt that there was a West End musical life before Andrew Lloyd Webber – something many people do not know.

Maybe they could have included Coward’s greatest lyric,  arguably his words for Porter’s Lets Do It and are even better than those penned by the great Cole, but that would have moved dangerously close to Cowardy Custard territory. The show’s title is Coward’s description of the pair – although there is a sting in the tail.

It has been most handsomely staged by Tim Reed and deserves to have a future out there in the larger world.