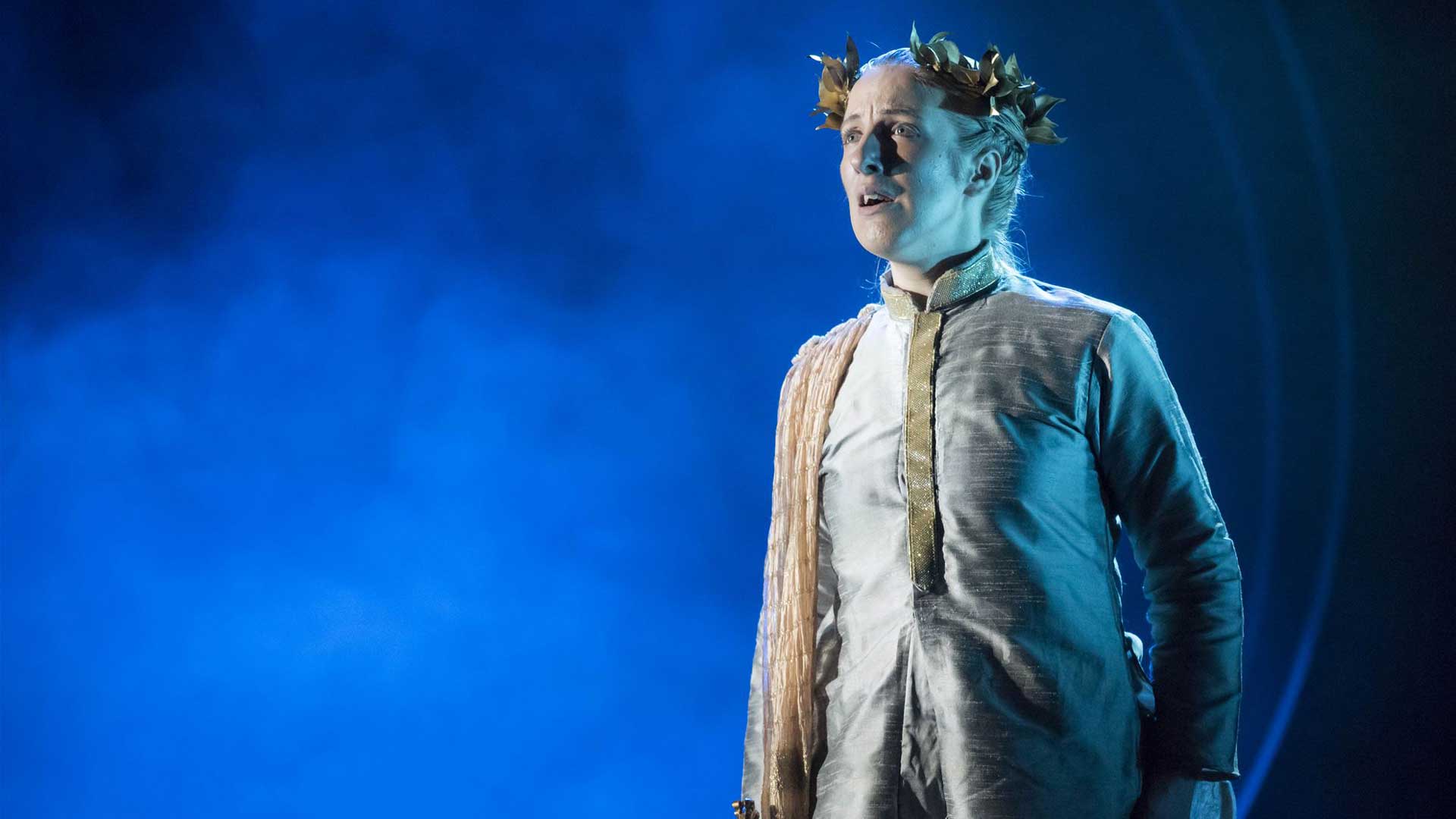 To Hell and Back
29 July

It’s no secret that Wagner is at the heart of Longborough Festival Opera’s artistic mission, but even they have never mounted quite such an unashamedly Germanic season as this summer. Following on from a (refocused and hugely more powerful) revival of Carmen Jakobi’s 2015 production of Tristan und Isolde, in which Peter Wedd and Lee Bisset gave performances of lacerating intensity, Orpha Phelan’s wrongheaded but visually imposing sci-fi Fidelio and Thomas Guthrie’s E.T.A. Hoffmann-meets-Wes Anderson take on The Magic Flute made perfect sense. But it was a particularly inspired choice to end with Gluck’s Orfeo ed Euridice: the original 1762 version of this Italian opera by a German master whose influence echoes through Mozart, Beethoven and Wagner alike.

This new staging by Maria Jagusz was this year’s Young Artist production, an end-of-season Longborough tradition that has thrown up some of the Festival’s most treasurable moments in recent years. This one grabbed you at the very first glance. Richard Studer’s striking geometrical sets served as both a shrine and a portal, with Euridice’s funerary urn silhouetted centre stage while the chorus, dressed in white, moved around the stage with formal, almost ritualistic gestures, sometimes functioning as scenery in their own right (at one point becoming Charon’s boat across the Styx), elsewhere becoming fully-engaged participants in the emotional drama. Two dancers occasionally stepped out during Gluck’s ballet sequences. That they looked entirely natural is testimony to how successfully Jagusz has combined movement, design and music. She’s clearly thought deeply about how to create a visual language that can articulate Gluck’s radical fusion of formality and all-too-real emotion. The result was clear, beautiful and entirely appropriate.

Most importantly, though, it all helped tell the story and throw the focus onto Hanna-Liisa Kirchin’s performance as Orfeo. Her voice is fascinating: sweet and powerful, it had a plangent, matte finish that really did make her sound like something between a countertenor and a more conventional mezzo. In a role originally written for a castrato, and embodying a figure from myth, it was simultaneously strange and wonderfully fitting – heightened by the grace with which Kirchin walked the line between classical dignity and raw, wrenching pain. As Euridice, Nazan Fikret was a more worldly but no less appealing figure, with a lovely translucent soprano, though He Wu’s Amore – resplendent in crimson and with a little pair of golden wings – lit up the stage in every sense during her brief but decisive appearances (even in the Elysian Fields, the lighting was fairly Stygian), with singing that combined brilliance with just a hint of Olympian pride.

The scaled-down, modern-instrument orchestra under Jeremy Silver payed with zest. In previous years Longborough has used period instruments for its Young Artist productions, and while the band took a few moments to find its feet, the occasional big romantic gesture did nothing to detract from the overall feeling of an affectionate, musicianly performance in support of a vision – and a work – to which everyone present was sincerely committed. The same goes for the occasional ragged choral entry (all this may well have tightened up by the time the show reaches London on 4th August). And in any case, there was something bigger at work here: heads, hearts and voices faithfully and imaginatively serving the drama with a conviction that Gluck – and Wagner, Mozart and Beethoven too – would surely have seen as the whole point. Orfeo ed Euridice is an opera whose greatness shouldn’t still require special pleading. This production lets it speak eloquently on its own terms.