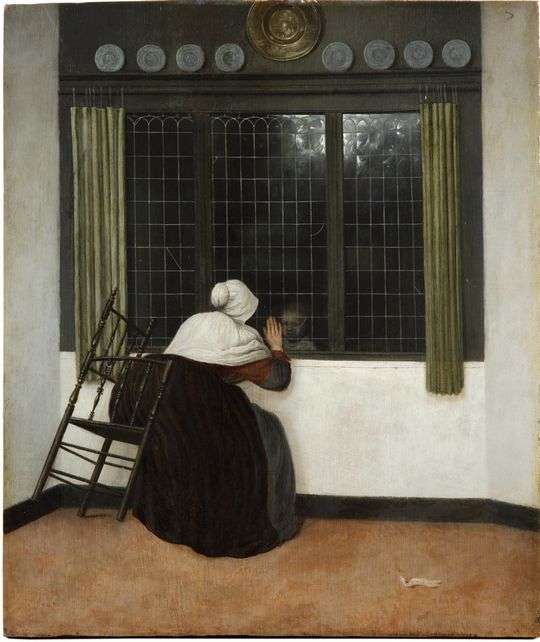 Vermeer’s Women: Secrets and Silence will run at the Fitzwilliam Museum, Cambridge from October 5, 2011 until January 15, 2012. It includes four of his painting as well as 24 others by painters from the Dutch Golden Age, all of which explore the mysterious appeal of women. Vermeer’s The Lacemaker, one of the treasures of the Louvre,  is on show in Britain for the first time. The pictures show women at home, cooking, washing, dressing, looking after children, gossping, looking out the window or walking down the street. They provide a ravishing view of domestic life at the time and hint at all sorts of secret things going on just out of sight.

Pieter de Hooch – The Courtyard of a House in Delft. © The National Gallery, London. Bought, 1871